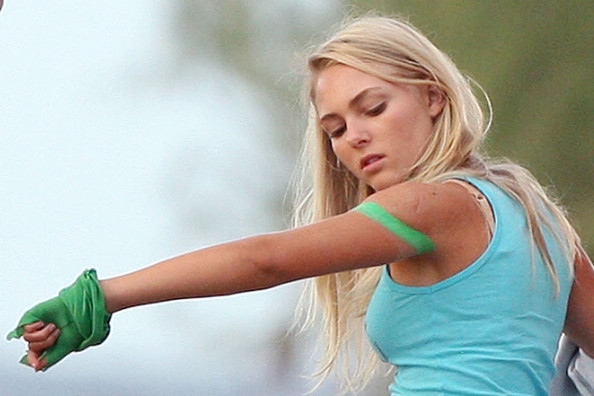 Movies of all genres count on creativity a lot of the time to make them intriguing. That doesn’t mean that writers can’t turn to some real life stories for inspiration. We went ahead and made a list of must see movies that were inspired by true events.

A romantic drama film that follows a couple whose love is really put to the test when the woman loses her memory. Unfortunately, the memories she lost only concerned her husband. The movie was inspired by the real events that happened to Kim and Krickitt Carpenter who wrote a book about their marriage also called ‘The Vow’. While the movie didn’t cater to critics, it’s still nice to see how a story like this can really exist.

Inspired by the life of surfer Bethany Hamilton, Soul Surfer showed how Hamilton rose from being a shark attack victim to an inspirational role model. In 2003, Hamilton survived a horrible shark attack that left her without her left arm. Not only did she find the courage to go back to surfing, but she victoriously did so.

A couple is left in the open ocean after their boat accidentally leaves them behind. The movie shows how this came to be and how the couple manage the ordeal they’re in.

The compelling movie stars Benedict Cumberbatch as the amazing mathematician Alan Turing who was hired to crack the enigma code the Nazis used in WW2. Turing is a pure genius but very difficult to work with as he sees that his colleagues are far inferior to himself. He has to overcome those struggles in order to be able to crack the code.

While the story in the movie is mostly fiction, the core of it is very real. The movie shows how King Leonidis leads 300 men to defend Sparta against thousands of Persians. History is a bit foggy here but what is real that 300 men did indeed hold off the Persian army for 3 days and nights giving Athens time to prepare and ultimately defeat the Persian army.

Following the life of Frank Abignail Jr. who managed to steal millions of dollars by faking checks and all of that before his 19th birthday. He also managed to fake certificates needed to work as a pilot, doctor and lawyer.

This movie tells the life story of mathematical prodigy and genius John Forbes Nash Jr. The story shows just how there’s a very fine line between madness and genius. Nash, played by the great Russel Crowe, suffered from schizophrenia which affected him in many aspects of his life.

This movie, which won Julia Roberts an Oscar for her role, represents the life of small town lawyer, Erin Brockovich. Brockovich who had no suitable educational background, gets hired as a lawyer, accidentally stumbles upon a major case of water poisoning that has lead to many cancerous diseases in her town and takes the fight to big business.