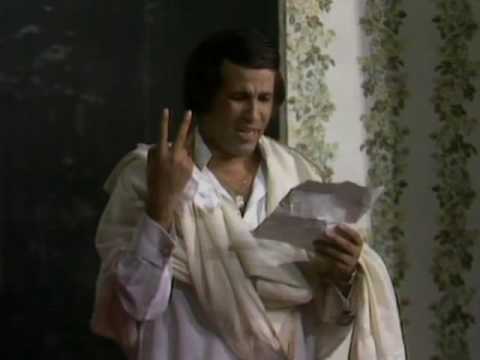 When you call Ahmed ‘Hamada‘ or ‘Abo Hemid‘ it makes sense. You used letters from the original name, and created a nickname. But when you call Mostafa ‘Darsh’, or when you call Hassan ‘Abo Aly’ that’s weird, and what’s even weirder is that everyone does this! Everyone who has a Fatma in their life calls her Batta!!! There must be a logic behind that. We have rolled up our sleeves and decided to find you reasonable explanations, and here is what we found.

Rumor has it that Sultan Mustafa, one of the rulers of the Ottoman empire, gave up his throne and joined the Darvishes (El Darawish in Arabic) which mean someone taking a vow of poverty. Since then every Mostafa is called Darwish, and with time it became Darsh.

Prophet Ibrahim, peace be upon him, was knows by ‘Al-Khalil’ which means the friend. In many Arabian country the word ‘Abo’ is used when creating a nickname, it’s like a rule! So the name Ibrahim became Abo Khalil.

This one traces back to the Emam Al-Hassan Ibn Ali. It doesn’t make absolute sense, because then every Hassan should be called Ibn Ali not Abo Ali, but apparently the second sounded more convenient! Or the Abo rule applied here!!

This one is hilarious! According to Dr. Mohamed Fathi, Professor of Modern Egyptian History; in 1871, Khedive Ismail ordered the construction of the Kasr El Nile Bridge. As we all know the bridge has two lions made of bronze decorating each of its two entrances; Egyptians then started calling the Khedive ‘Abo El Seba3’!

There is no other explanation for this one, other than the fact that they rhyme together. It will remain of life’s mysteries!

Joe, because Joseph is how you pronounce Youssef in English, okay this one is easy. As for Abo Haggag, it traces back to Abo Haggag Youssef the First, sultan of Granada.

The nickname goes back to Abd al-Rahman Ibn ‘Awf, one of the companions of Prophet Muhammad peace be upon him. Again Ibn was transformed into Abo!

This one is everywhere these days because Mohamed Salah is everywhere, so you might have bumped into “Ya halawtak Ya Abo Salah” more than once. Anyway, it goes back to Salah El Din El Ayoubi, since he was a popular ruler, apparently people didn’t want to call him by his father’s name, so they applied the ‘Abo’ rule, and he became Abo Salah!