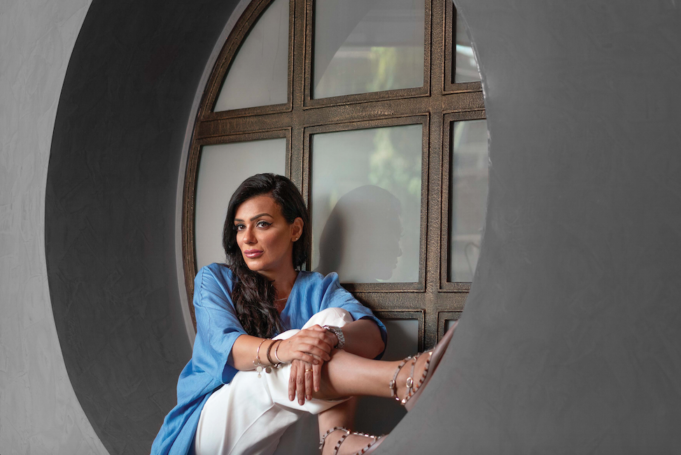 Stars are meant to be in the spotlight, but when one steals the show from everyone else, that merits a pause and a well deserved round of applause. Sofia, or we should say Injy El Mokkaddem, managed to steal our hearts this Ramadan with her awe-inspiring performance in Layaly Eugenie. The exceptional actress’s career is glowing year after year, so we had to meet up with her to have a chit chat and hear all about the secrets behind this major success.

How did your career kick off?

It all traces back to when I was in college, studying Psychology as a major, and Theater as a minor; I was infatuated and besotted with acting. At the time, the man I love, who is now my husband, didn’t like much the idea of me getting into the world of acting outside of college. Still not wanting to let go of the dream, I worked as a reporter, and then a TV host.

As a career it was second best to me, but still it was in front of the camera. Afterwards, I started to get acting offers which I turned down, though some of them were really good, and I wanted to play them so badly. In 2007, I got the offer for ‘Ahmed Etgawez Mona’. I started to debate the matter with my husband once again, telling him that it was a small project, not a big movie, just a mini comedy, and how much I wanted to give it a shot though deep down I was so scared of doing it too. He said yes, I took the role, and I was over the moon. He saw how much happier I became pursuing this career, so he started to encourage me, and he is now my agent! Things started from there.

First off, there are basic factors, such as a good script, a capable director, an intriguing role, a good cast, nothing cheap, distasteful or poor quality… And then comes how I feel about the role, do I think it will add something to me and to my career? If so, what will it add? How different is it from other characters I already played? What will I learn from this director? What will this writer unleash in me while I perform? After answering all these questions, I make up my mind about the role. 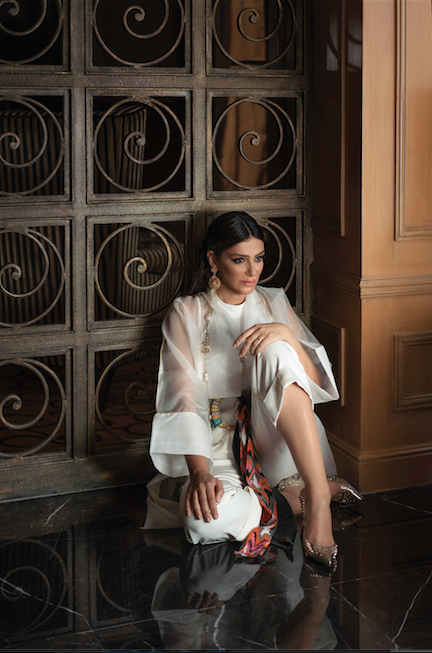 What is your favourite role so far?

Tell us more about how you got Sofia’s role?

Ahmed El Sharkawy, the series’ script supervisor, called to tell me about this one character he was already in love with, and her name was Sofia. He said he saw me in this character and so did the director, Hany Khalifa.

He started to tempt me to read the role, stating how special Sofia was, and how he was certain the audience would feel deep affection for her. I am already a big fan of Hany Khalifa. He told me that he liked my performance in La Totfe’ Al Shams, and that he and the team of writers, Ingy El Kasem and Samaa Ahmed Abd El Khaleq thought I was the right actress for this role. I later went to meet them, and we talked for hours about the script, the story and the characters. The more I got to know Sofia, the more I felt a connection with her. I felt that many signs were drawing me to her, so I took the role. 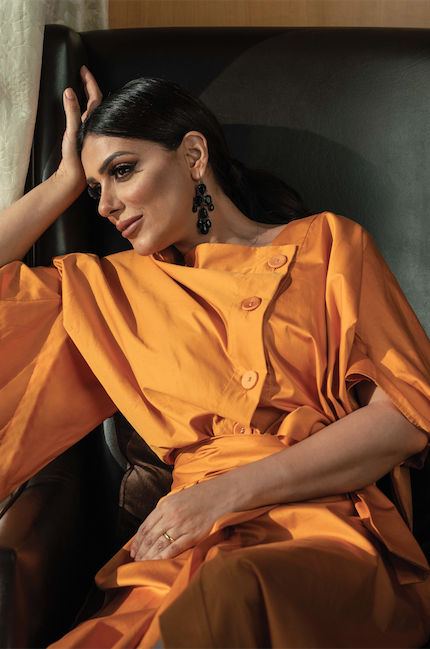 Did you expect the positive reaction people had toward Sofia?

Not that much! I knew she was loveable, that people would like her and the fact that she is Italian also helped, but I would have never expected this amazing feedback! How the audience loved her! My husband and I are still trying to study what might be the factors that led to this, what is Sofia’s secret, we just can’t figure it out.

The challenge that you had to learn Italian in order to do the role, didn’t give you cold feet?

Quite the contrary, the challenge made the role even more desirable to me. It was one of the reasons why I said yes in the first place. I love challenges. I love to test my boundaries, to know the extent of my abilities, where my limits are, if I can push through them, if there is more in me, and how I can get better. 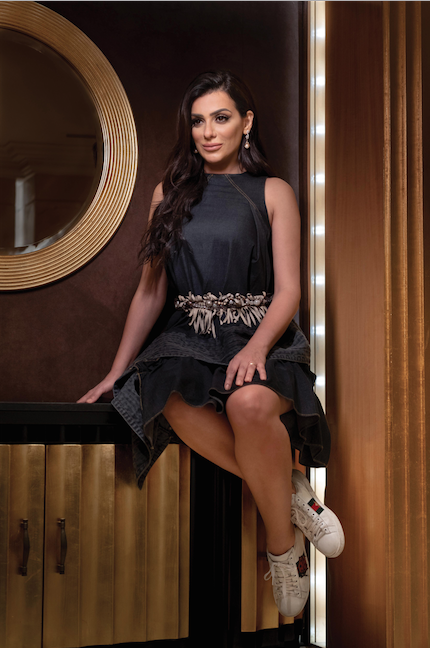 If you can take one thing from the set of Layaly Eugenie, what would you take?

The patisserie of course! I would open it, and serve you all cinnamon cake and hot chocolate as Sofia does! I am so lost in this world, that I am still living in it inside my head.

You and Mourad Makram formed a tremendous duo in the series; tell us about the experience of working with him.

It’s truly an unexplainable chemistry. Mourad and I didn’t personally know each other before. When I got to know him, I discovered how decent, polite and hardworking he is. He has the purest of souls. We became instant friends when we started shooting, and then something clicked when we were acting opposite each other. We didn’t intentionally plan for it to happen; maybe it occurred because each one of us was so into their characters. We believed our roles so much, and we loved them, so we clicked.

What advice would you like to give to aspiring actors and actresses?

Without sounding cliché, I would tell them not to give up or get discouraged, and to chase after their dream. Stay focused, and don’t distract yourselves with minor things such as where your name will appear in the credits or the size of your role. Just focus on your work, on your goal. Work hard, study, try to work with good directors and writers; that’s what makes the difference. Evolve and work on yourselves, attend workshops, read, watch movies as much as you can… Just don’t give up.

This is our summer issue, so tell us how do you spend your summer?

I am so excited that summer is finally here! I love to travel abroad and inside Egypt, to Gouna especially. We save August for Sahel where I have some quality time with the kids.

We thank Injy for this exceptional interview and wish her all the best for her next project.