Identity Magazine
Home Lifestyle A Debate: Should Your Friends Breakup With Your Ex Too?
Facebook
Twitter
Google+ 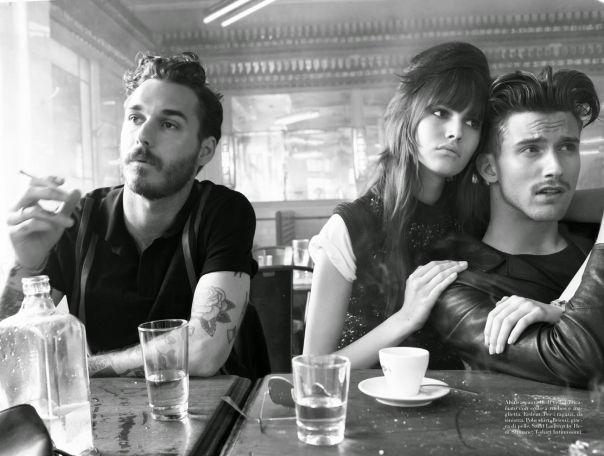 Nothing beats steamy office debates! A recent discussion at our tiny office questioned the morality of your friends staying friends with your ex. Opinions varied, voices got louder, and it got completely out of control  until we all decided to debate like professionals (while actually getting some work done) – We’ll feature this as a ‘For’ and ‘Against’ piece.

The debaters are Raghda vs. Raghda (because what are the odds of having 2 Raghdas at the same office). Raghda Arafa went for “against staying friends”, while Raghda El Sayed went “for staying friends.”

Both opinions were extreme, yet with some very valid arguments. Here’s the debate.

I think it’s totally unacceptable for a friend, whom I love and trust, to still be friends with my ex. She’s the one I shared with every stupid little thing he did to hurt me. To find her hanging out with him as if nothing had happened would be very awkward. Real friends have a very strong and special bond between them; she has to support me and stand by my side.

If I discovered that my friend is still friends with my ex, I would certainly ask her not to remain friends with him. I would even give her the choice between being my friend or his; she will be absolutely free to pick whoever she wants to be friends with in this case.

This would apply to her ex as well. This is what friends are for; they have to totally detest the person who broke our hearts, or otherwise, this friendship can’’t continue. Having your friend talk about the things she did with your ex would only add insult to injury. It would hurt a lot! You would feel as if she’s betraying you.

While many people have a solid opinion against their friends staying friends with their exes, I believe it’s a completely selfish opinion. I’ll admit it; I’m guilty of cutting ties with friends in the past for staying friends with my exes, but as I grew older, I realized how stupid that was.

Let’s set the records straight. Your friends were nice enough to invest in a friendship with a stranger you brought into the group. Now, believe it or not, your friends are actual people with an individual freewill and they can choose who to befriend, and who not to.

You ex spent most of his time with them, and became part of their crowd just like you. Of course, it’s only natural to feel uncomfortable, or even hurt about it, but you shouldn’t be childish about the situation and take it like an adult. Reverse the situation. You certainly became friends with your ex’s friends too; even after the breakup, you’d still want to have them in your life. Obviously, both sides shouldn’t be too close, but there should be enough space for a friendship. It would only be fair to respect the time and emotions people invested in this person.

This is life; things don’t always have to go your way. It’s okay; make peace with it and move on. Work on yourself to get over the breakup rather than having resentment over who’s still friends with whom. Your friends aren’t your slaves, and no one has the right to tell others how to live their lives.

Well, I believe that friendship is based on mutual love and respect. I would definitely dislike the person who hurt my friend, because I would simply feel as if he did me wrong. My friend, in turn, should feel the same because that’s what friendship is all about. My friend can still pick friends from the rest of humanity, but not my ex. For me, it’s totally unacceptable.

The fact that someone might think friends and friendships can be recycled and has the mentality of “there are plenty of fish in the sea” means that they don’t even know the meaning of real friendship, and never had a strong bond with friends. Have respect for friendships, even if you’re not “approving” of the friendships others are making. If you’re too uncomfortable with the ex being friends with your friends, have an honest conversation with your friends and ask them not to mention the ex to you, or tell him anything about you. Any true friend will appreciate the honesty, and respect your wish.

Both opinions don’t apply to all cases; each opinion has its fair and valid points. Try to remain neutral, see what suits you or your situation best, don’t be selfish with your friends, and more importantly yourself. If you’re really uncomfortable about it, take it out. Try to reach a middle ground, or even bluntly ask your friends to cut ties like Arafa said. You be the best judge.