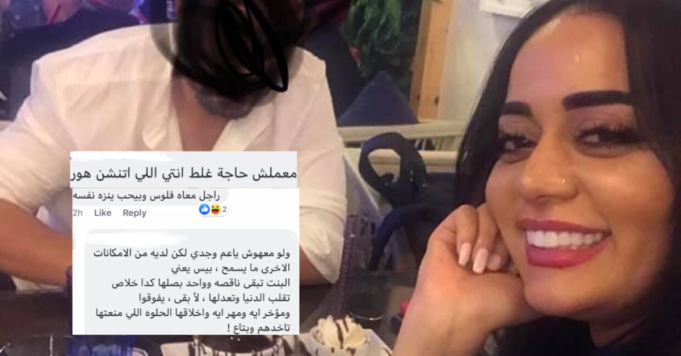 Before taking the official step and getting married, sometimes people disregard how important it is to run a background check to make sure their potential partners are keeping no secrets. And this often goes under the name of “love“.

Because why would you doubt someone who told you they love you and want to spend the rest of their days with you, right?

However, a TV and Radio anchor named Menna Emara made a public Facebook post earlier to remind us to never blindly trust anyone.

Emara met a ‘very decent and modest‘ businessman who confessed his love and told her that he’s a divorced guy with two children. Which is pretty normal. So why would she say no, especially if he has a good reputation, manners and job?

But apparently, everything is not what it seems because following her instincts, she decided to do a background check just before they tied the knot just to make sure there’s no funny business behind the man she was going to spend the rest of her days with.

And to her shock, not only did he have 9 different divorces that he hadn’t told her about, he also met her and decided to pursue a relationship – then a marriage – WHILE he was still on his honeymoon!

So much for a faithful respectful man, huh? We honestly thought these kinds of stories only existed in black and white movies like Roshdy Abaza’s “El-Zoga El-13“.

We know that when you love someone, you tend to believe all their promises like they can do no wrong. And that is often a trap we let ourselves fall into!

Emara’s story is just a tiny example. There are many other women – and even men – who often fall into the trap of trusting someone so blindly because they love them and want to spend the rest of their lives with them.

The thing is, not everyone is as lucky as Emara was. You know why? Because some discover that they’ve been terribly lied to AFTER the marriage.

“I was 27 when I got married to this guy whom I thought was modest and accomplished. And just a few months later, he confessed that he has some very complex fertility issues and that the chances of us having children is very minor. Of course, a few days later, I got a divorce. Not because I might not be a mother, but because I was lied to and taken for granted. I was devastated,” Iman*, 35.

Sometimes, people would think that running a background check is offensive to the other person and might show signs of doubts, insecurities, and trust issues in the relationship. But that’s a false idea!

Because there’s absolutely nothing wrong with doing a background check on your partner – even if you’ve known them for years – to make sure your future holds no lies, awful surprises , shocks or hidden secrets.

Also, what if the person has a criminal history? What if there’s a life threatening situation you know nothing about? Whether you’re a man or a woman, the case applies!

But you know what may be the worst thing about this? In Emara’s case – since this is the most recent example – the fact that as much as there are women who are supporting her and are convinced with the message she tried sending, there were also a number of men who were still convinced that the lying man did no wrong and that the woman is just seeking attention.

Which proves our point of how the idea of a background check does’t even cross the minds of most people, even nowadays. Some didn’t even think the things she discovered were a big deal, to begin with. So why would they care about a background check?

What about you guys and girls? Do you think blindly trusting your soon-to-be life partner is a given or is the background check a must?