Identity Magazine
Home Entertainment A Million Ads for AFCON and the National Team, but Who Won...
Facebook
Twitter
Google+ 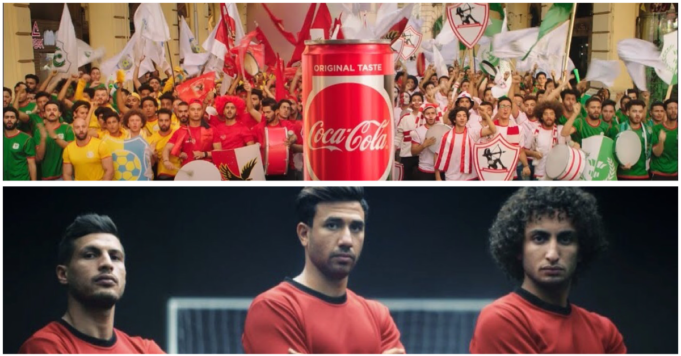 Over the past couple of weeks, our timelines and TV screens have been bombarded with a wave of ads about the Africa Cup of Nations (AFCON) as well as the National Team.

And to be honest, most of them were outstanding and really creative that we were unable to choose our favorite one, but well…We had to.
Before we tell you about our #1 choice, here are the top AFCON ads that almost won the season:

Okay, hear us out. This one came in last spot because while the graphics were great, the song was not. The words seem forced in order to rhyme together and go with the music.

Also, the whole idea is not exactly new.

Don’t get us wrong, the song is beautiful. However, the idea itself is repetitive. The whole ‘walking around the stadium in awe and disbelief‘ thing was done a million times before.

That’s in addition to how the ad itself was slow-paced and kinda boring, sorry!

Sorry about that but Vodafone Egypt didn’t quite win the season this time around, as it always does. Why? Well, seems like many ads this year – including the Ramadan season – were too dependent on the whole nostalgic vibe.

Yes, Amr Diab’s song is amazing and it’s great to hear it again after 28 years, but we honestly expected something more of Vodafone for such occasion!

Let’s talk about creativity! This Molto AFCON ad-series was really good for many reasons. First, it cracked us up because we literally saw ourselves in Ahmed Malek when he was too desperate to get the tickets.

And second, Maged El-Kedwani is in it, how can we not like it?

When Amir Karara and Etisalat first released the teaser for this, everyone was confused. But when the whole ad came out, people were split; not being able to agree on whether or not it’s actually good.

But we honestly think it’s pretty cool and getting it out of our heads is a mission impossible kinda thing!

This was hands down the funniest one, and it almost won it for us if it wasn’t for the remaining two!

The Orange ad was not just pretty funny; with Tarek Hamed, Amr Warda and Mahmoud Trezeguet‘s incredible dance moves and funny looks. The song was also outstanding that it literally became the background soundtrack of our lives for the past couple of weeks.

Everything about this Chipsy Egypt and Pepsi Masr ad is perfect. From the whole concept of the fans giving instructions to the players and them firing back; to the lyrics and beats of the songs themselves.

And the fact that they relayed the effect of the social media memes and posts to the players was spot on!

There are many reasons we think this Coca-Cola Egypt ad won this AFCON season:
First, the concept itself of all the Egyptian football fans coming together for the love of Egypt is something else.
The idea of putting aside all the differences and having Al-Ahly, Al-Zamalek, Al-Masry, Al-Etehad Al-Sakandari and Al-Ismaili unite because of the National Team, was on point.
Especially that the arch rivalry between all those clubs is no joke!

The song, lyrics and beats are also out of this world. Coca-Cola Egypt knew how to play on the audience’s super emotional side and on how coming together and creating this bond moves something inside!

Those were our picks for this AFCON campaigns season; what are yours? And do you agree with our top choice? Let us know in the comments!