Identity Magazine
Home Entertainment A Tribute To the Egyptian Celebrities We Said Goodbye To in 2019….
Facebook
Twitter
Google+ 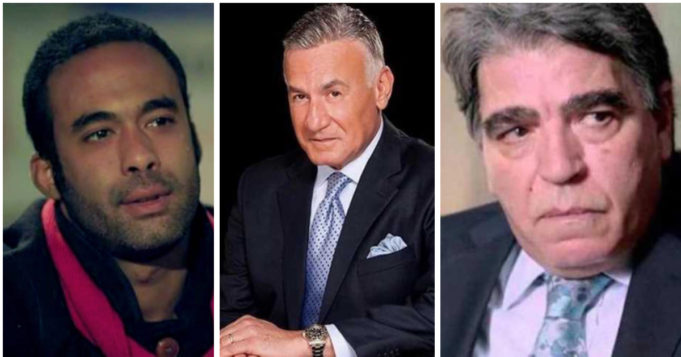 Like every year, we were shocked and saddened by the loss of some great acting and singing talents in Egypt and the entire Arab world. And we wanted to take this opportunity – since we’re nearing the end of 2019; to pay tribute to their beautiful souls.

On July 1st, Egyptian actor and musician Ezzat Abo Ouf left our world at the age of 71 after a long battle with illness. His loss was shocking and it’s still hurting a lot of us; but we will never forget how much he taught us and inspired us to dream big…

Not long after Abo Ouf, on July 25th, the great Egyptian actor Farouk El Feshawi lost his battle with cancer and died at the age of 67. His long list of movies and stunning performances will forever remain in our hearts.

Aged 58, Egyptian comedian Talaat Zakaria died after years of sickness on October 8th. And the only thing we know will rest our hearts after his loss is the amount of jokes we could still watch, laugh at and remember him by. From “Abo Ali” to “Hareem Kareem” and many more.

One of the most significant actors of the 70s-80s generation left our world on April 11th, at the age of 74 after suffering a heart attack. But he left us a treasure of his works that will live forever; from “El-Shahd W El-Demou3‘” to “Hadith El-Sabah W El-Massa” and many more.

On November 7th, we were all shocked to hear the awful news of the passing of Haytham Ahmed Zaki at the age of 35; due to a sudden drop in blood circulation.

We will never forget how talented he was and how much he reminded us of his great father Ahmed Zaki; especially when he portrayed young Abdelhalim Hafez in “Halim“, and also his performance in “Beliatcho“.

On the 3rd of December, we were yet again shocked at the news of the death of Egyptian singer and performer Shaaban Abdelrehim aged 62 after a long battle with illness.

May their beautiful souls rest in eternal peace, and may we always remember them by their art treasures that were made to live forever….