Identity Magazine
Home Opinions After A Week Of Crimes Against Women, Is It Really “Not All...
Facebook
Twitter
Google+ 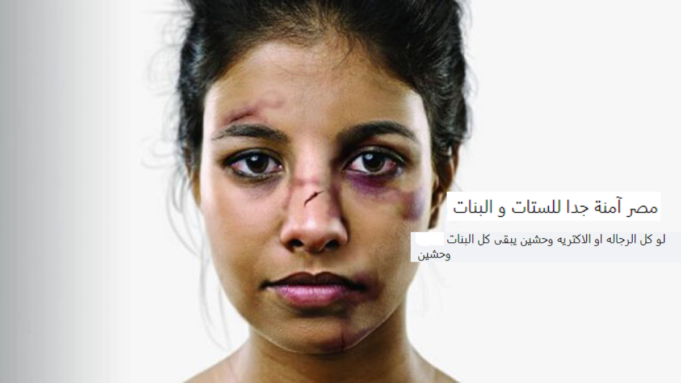 We don’t want to beat the dead horse by saying this, but women in Egypt have it rough. Don’t deny it, we all know it. When it comes to life and work and generally existing, well, we all know the drill.

Here’s the thing, though. People apparently see feminism, you know the movement set on liberating women and making everyone equal, has passed its ‘trendy’ phase and is now just an unneeded accessory. See, all those feminists are just making too big of a deal out of everything.

Yes, read that again. Over the course of 3 horrible days, we heard about some things:

A man who threw his wife from the fifth floor because she contracted Coronavirus. A girl who pleaded online for help because her brother is abusing her over not deleting her TikTok account.

A man who literally threw acid on his ex-fiancée’s face because she left him for “being a horrible person”. And finally, a man who wanted to divorce his wife but his family wasn’t on board so he sent one of his workers to rape his wife so he could leave her on “honor case” grounds. And the worker raped and killed her.

But, yeah, sure. Feminism is unneeded. Now that you note the sarcasm, can we tell you what is actually unneeded?

The comments that usually follow posts about cases like these, the comments from everyone saying that “labeling all men” as bad is only “perpetuating a stereotype”. They say crimes happen against men too, as if speaking up about domestic abuse against women means you don’t speak up about these crimes when they happen to men as well. They say that saying “men hate women” is just harmful “pure generalization”.

Well, here’s the thing. We’re not going to go through the history of misogyny and abuse and sexism that has been with us literally since the dawn of ages because it happens and we’ve seen it happen.

Here’s what we’re going to go into, however. The concept of generalization being harmful. See, it isn’t. It really isn’t; it’s actually very much needed because generalization spreads awareness.

Before you sharpen your pitchforks, let’s say one thing. There’s literally no such thing as a “100% of anything” — generalization will never mean “all” men do this or that because that’s basically impossible.

Generalization just means enough men, a startlingly huge amount of men, are doing things that literally shorten the lifespans of women in Egypt.

So, we know there’s a chance we won’t agree about the whole generalization point, but here’s the thing. Those who derail the conversation into being one about whether something applies to “all men” or not are harming the victims. There, we said it.

See, if we’re talking about a series of crimes against women, all perpetuated by men, all based on deep-rooted misogyny and abuse, and the first thing you want to say is “not all men”, you’re derailing the topic.

You’d be showing everyone that the one thing you care about is men’s reputation and perception rather than the women who have lost their lives and been horrifically abused. Even if this is unintentional, you’d be still contributing to that.

Instead of going into an endless debate about the terms involved, let’s focus on the actual crimes that happen. Let’s focus on the fact that the abuse against women is mostly initiated by men.

Let’s focus on the fact that those trying to defend an entire gender because of perceived offense even though they’re not guilty will make the guilty people feel validated, even if that wasn’t the motive.

So what do we do now? Well, it’s simple, really.

We should be focusing on having a larger-scale conversation on how all men do, willingly and unwillingly, push misogyny and sexism and that those who want to unlearn that can unlearn it.

Instead of busying ourselves with trivial points and arguing with someone saying “all men are trash” or “all men are so-and-so”, focus on what they’re saying. What are they accusing these men of, because usually, that’s the thing you need to take a stand against.

You can even spread the conversation and that can actually help stop crimes like the ones mentioned here before they happen.

⁩Read this carefully. We’re all actually on the same side, but we just need to listen.