Identity Magazine
Home Trending El-Mohamady talks about his ‘History’ as the Drama Escalates between the National...
Facebook
Twitter
Google+ 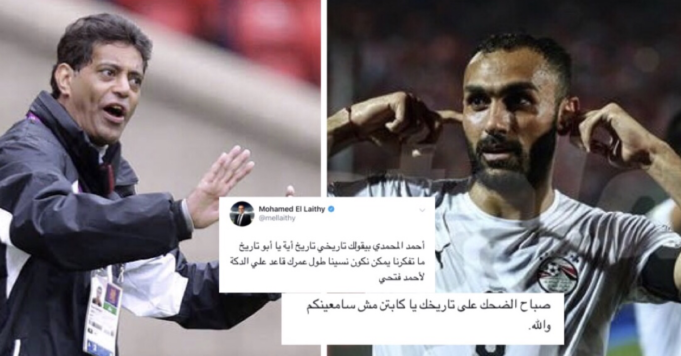 We already knew that the weeks following the Egyptian National Team’s embarrassing exit from the Africa Cup of Nations (AFCON) will be full of unrevealed scandals. From Hany Ramzy to Hazem Emam and Ahmed El-Mohamady; the drama is on full force.

However, what we really didn’t see coming is how they’re currently bashing each other in the media. Feeling lost? Well, let’s start from the beginning!

On July 16th, FilGoal posted a video interview with the former National Team’s General Coach Hany Ramzy. During the interview, Ramzy was obviously asked so many questions about the tournament’s behind the scenes. And needless to say, he addressed ALL of them.

Or, to be accurate, he basically threw everyone under the bus. Starting with Egypt’s ‘supposed’ captain Ahmed El-Mohamady. Ramzy said that he didn’t believe El-Mohamady had the leadership qualities to be the rightful captain of the National Team.

He mentioned that he was proven right by El-Mohamady’s unfortunate actions during the tournament. Since he never showed a strong enough personality to handle the tough times they went through.

Ramzy of course referred to Amr Warda’s sexual harassment incident, and how El-Mohamady failed to regroup the players and lead them to remained focused on the games, as he was instructed to do. 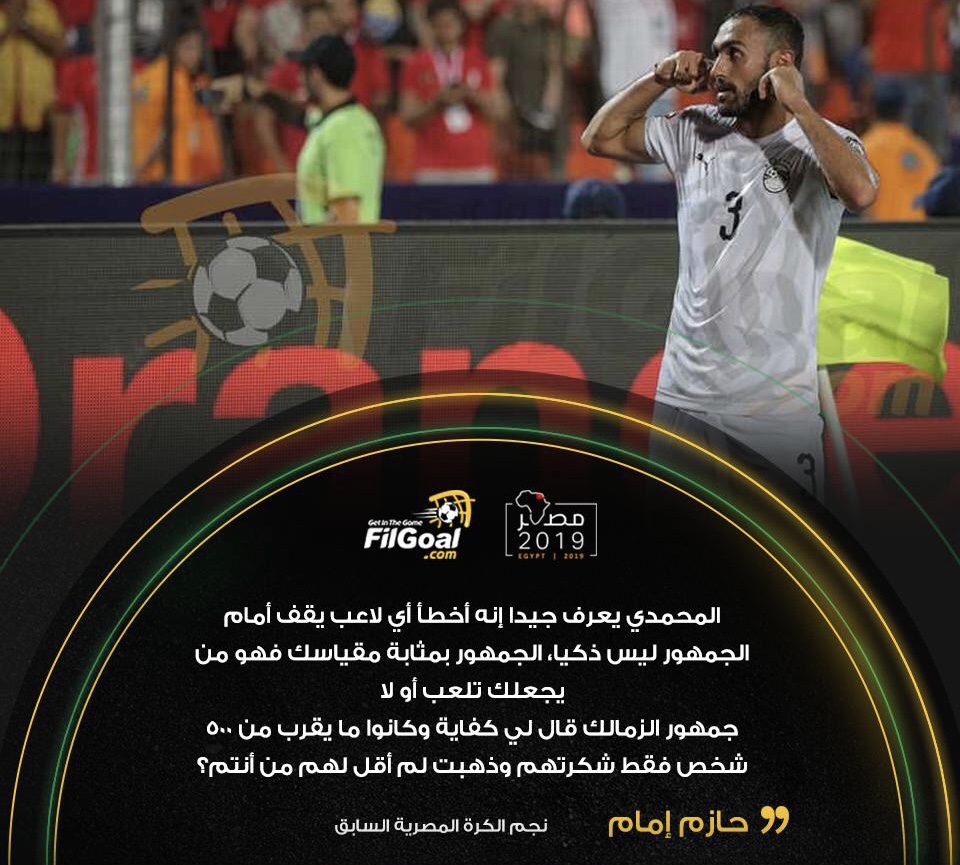 Emam told FilGoal that he thinks El-Mohamady knows very well the magnitude of his uncalculated reactions towards the fans in the stadium. And that if he was in his position, he would have never thought about doing something like that. Because the reality is that the fans always have the last word!

If you guys don’t recall this one, let us recap:

After the Amr Warda incident, in both games against DR Congo and Uganda, El-Mohamady shot daggers with his eyes at the fans in the stadium right after scoring his goals. 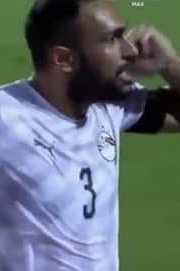 Not only did he do that; while glaring, El-Mohamady also signaled with his hands to the fans.

As he was trying to send a message and tell them that him and the players are not hearing nor do they care about the criticism they’re receiving from the fans. Classy! 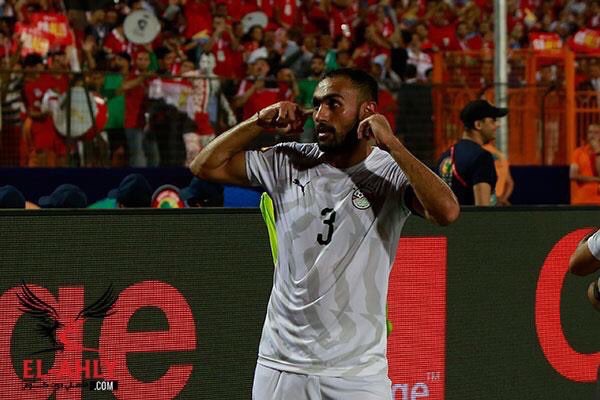 And needless to say, the amount of hate El-Mohamady received online after this very foolish move is unimaginable. Honestly, we still don’t understand how a National Team’s captain could disrespect the fans like that and not receive a punishment.

Not to mention that apart from ‘the apology‘ he made on Twitter after the knockout stage, El-Mohamady didn’t address the issue nor apologize for offending the fans who filled the stadium to support the National Team.

As if what he had already done during the tournament from supporting the sexual harasser to offending the fans and not apologizing wasn’t enough, El-Mohamady made another very classy move and fired back at Ramzy.

According to Yalla Kora, El-Mohamady stated:   “My long history refrains me from answering back to someone like Hany Ramzy,” 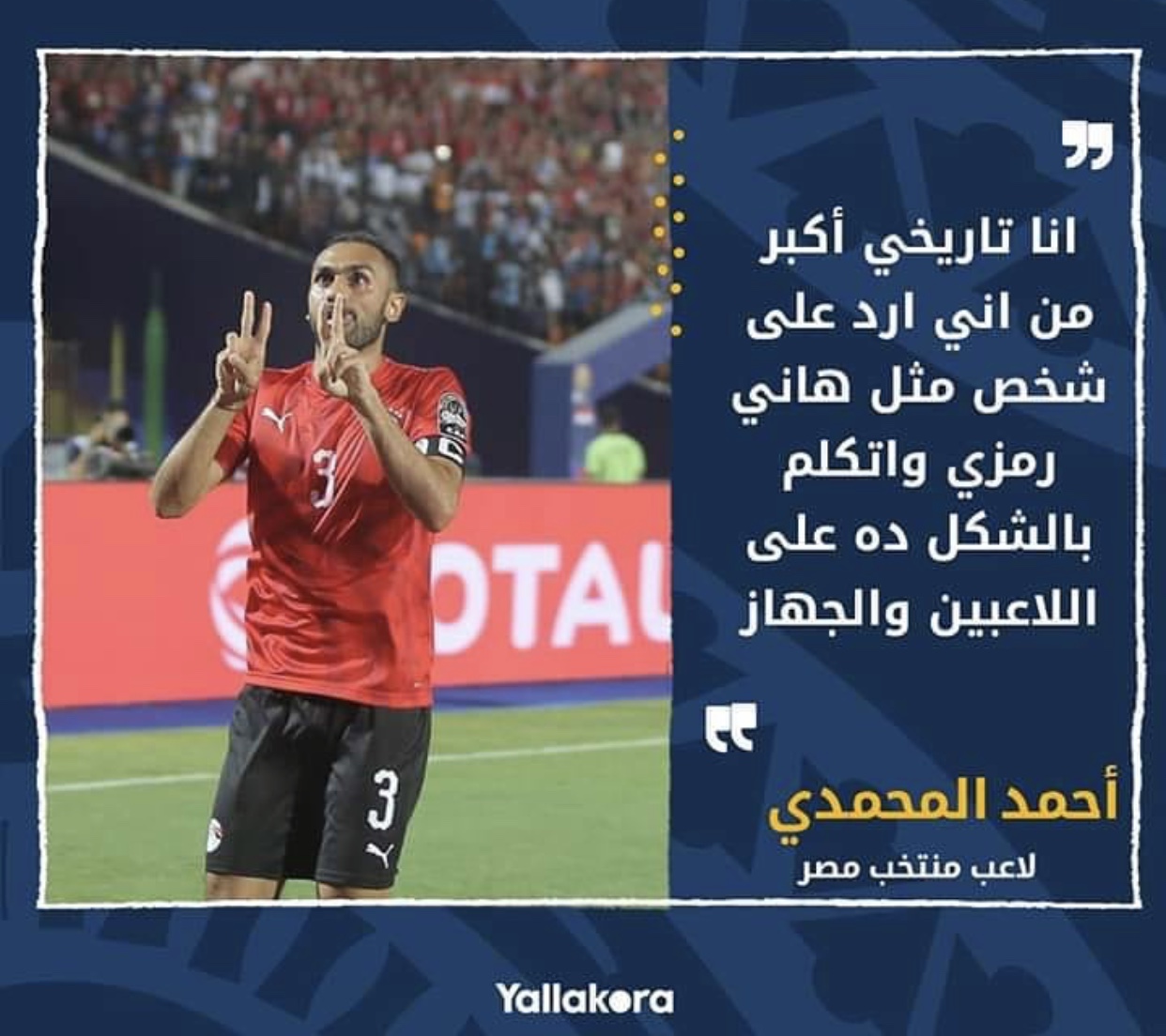 He added that it’s impossible to respond to someone who deliberately bashed the National Team and the staff he worked with. As if El-Mohamady didn’t bash the fans who went out of their way to support them, even after their million disappointments and scandals.

As always, social media couldn’t stay silent on this matter, especially that most of them – especially Football Twitter – have had enough of El-Mohamady’s offenses. Keeping in mind that the Aston Villa player and the undeserving National Team captain’s said ‘history‘ doesn’t really stand on his side.

On top of all of what was just revealed, unfortunately, what we expected turned out to be true! And it’s that the players didn’t even take the Africa Cup of Nations seriously.

According to Ramzy’s words to FilGoal, the players seemed like they were on some kind of a trip or friendly outing. That’s in addition to their constant lack of focus because of their  their mobile phone and social media addiction.

When the Amr Warda topic came up, Ramzy confirmed the rumors that were going around about the players peer-pressuring the EFA to bring Warda back; since they felt that his exclusion would negatively influence their performance. Funny!

It’s not that we’re shocked by all of those reveals; because let’s be real, all of us saw them coming and the rumors aren’t always false.

That being said, we’re quite taken aback by how the EFA and the National Team members are currently throwing each other under the bus! What do you guys think?