According to a recent thread by Twitter user @Mudawod, a group of engineering students at Ain Shams University are doing everything they can to save their classmate’s life.

To everyone who knew him, Osama Abdelshafy was a friendly, frequently seen face and his life is in danger.

Abdelshafy has long been a familiar face for most civil engineering students at Ain Shams, as he’s been a student for several years.

At 34, he had been still studying at the university. 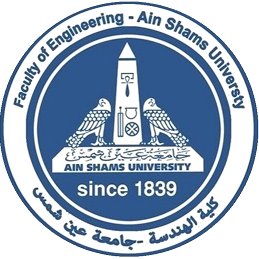 Though dedicated to his college-work and his studies, Abdelshafy often saw his efforts fall short academically.

This, coupled with the fact that Dr. Yehia Rakhawy diagnosed Abdelshafy with Undifferentiated Schizophrenia, made life harder for him.

So hard, in fact, he admitted he’s considering suicide if he fails this school-year, the final chance he has before being expelled.

Naturally, this worried his classmates, seemingly the only people who care for his health.

What About His Family?

Now might be the time to wonder what Abdelshafy’s family thinks of the situation. Why haven’t they intervened or done anything?

The answer is they haven’t. Osama Abdelshafy’s father and mother passed away, twenty and nine years ago, respectively.

Though he has siblings, they hardly ever visit.

He also has an uncle, who has kicked him out several times, is denying him his inheritance, and has repeatedly mocked him because of his illness.

One time, the uncle even assaulted his nephew.

Another time, the uncle kicked him out of the house on a Ramadan day, leaving Abdelshafy to break his fast on a Ma’idet Rahman table in the street.

All of these circumstances largely helped in developing Osama Abdelshafy’s illness.

What Is Happening Now?

Currently, Abdelshafy is being kept at Rakhawy Hospital for Mental Health and Addiction Treatment, on doctors’ orders.

He’s to stay at the hospital for a month and a half, with the goal of getting better. This is not the end, though.

Abdelshafy’s classmates hope to continue helping him, through a list of hopefully manageable goals.

The first two goals are to make sure Abdelshafy continues taking his medicines and to find him a job to sustain himself.

One of the students’ other goals is convincing Ain Shams University to give Abdelshafy another chance because he failed this school-year and will consequently be expelled.

The final of these goals is to find Abdelshafy an apartment, any apartment, as his current place of stay is unlivable.

Not because of any conditions rather than the neighbors, who discovered his illness, and continue to mistreat him whenever they see him.

The mistreatment isn’t limited to harsh words and mockery alone.

The neighborhood children took it to another level with rock-throwing and calling him some horrible names.

How You Can Help

Through commendable effort, the students in Abdelshafy’s school-year in college managed to collect 7000 out of 30,000 pounds for the hospital fees.

All donations, regardless of amount, are acceptable in Rakhawy Hospital for Mental Health and Addiction Treatment.

The hospital exact address is on Street 12 from Street 10 from street 9 in Mokattam.

The students also have a fundraising box in their faculty in Hall 173, so any Engineering student can donate.

Anyone with any questions about Abdelshafy’s health or ways they can help can contact Kareem Mohamed on the number 01117089533.