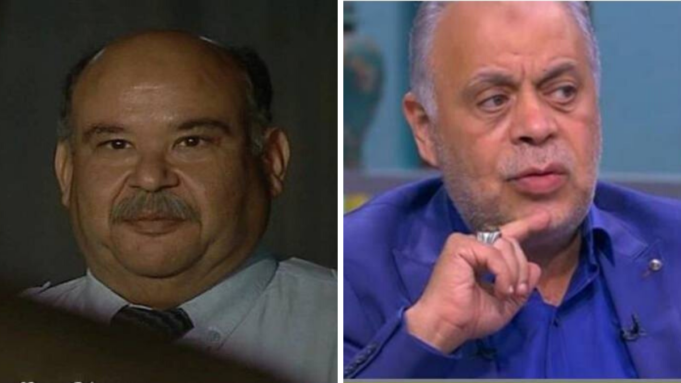 We’ve seen Alaa Zeinhom everywhere, quite frankly. He’d always been in the backdrop of our childhoods, diligently acting in shows like Amira fi Abdeen and Yetraba fi Ezo and movies like La5met Ras.

Zeinhom has always been a man that played a comfortable, comedic presence which is why he’d be the last we’d think would be banned from acting by the Actors Syndicate 43 years into his career.

But hold on, you still don’t know what he did. It might be something so bad the Syndicate just had to stop him. Well, not quite. See, what he did was oversee a play.

This play, mind you, didn’t feature elements that went against societal traditions, as far as we know now. The one thing about the play that the Syndicate had a problem with was “unregistered” actors.

Because Zeinhom’s photo was featured on the play’s poster, paying homage to him as an honorary over-runner of the play, the Syndicate thought hiring the actors was his decision.

“I only attended a few rehearsals,” Zeinhom later said, explaining his position in the play. “Because I was busy shooting a show so I couldn’t be there full-time.”

Let’s go back for a second and ask ourselves one question. Why is this even a thing? Why does Zeinhom have to explain himself and why does the Syndicate get to possibly end a man’s career over a hiring decision that wasn’t even his?

We know that according to the law, actors in any given play in national theaters have to have the Syndicate’s approval to act. We also know that every news outlet reported that of the entire roster, only a few actors were unregistered and marked as amateur actors.

Of the many things we don’t know, though, is if anyone else was banned from the Syndicate for the play, we imagine the Syndicate could have simply issued a first warning over the minor issue.

In the midst of the ongoing events, though, let’s not forget that the Actors Syndicate seems to be plainly doing the most to not act like most syndicates do.

This just speaks to an ongoing problem in our local entertainment syndicates. For some reason, the way things are run remain archaic and unchanging, refusing to fit in with a changing world.

Because of their power, the syndicates get to say who acts where and who sings what genre and which words. Quite frankly, this will need to change.

Our world is growing and evolving and so does our art. Art isn’t meant to be stagnant and creativity is meant to follow and the fact that we seem to think we need to regulate it with paperwork makes it incredulous.

The syndicate is supposed to help when members of the community in its industry need help, not stifle those who try to get into it in the first place.