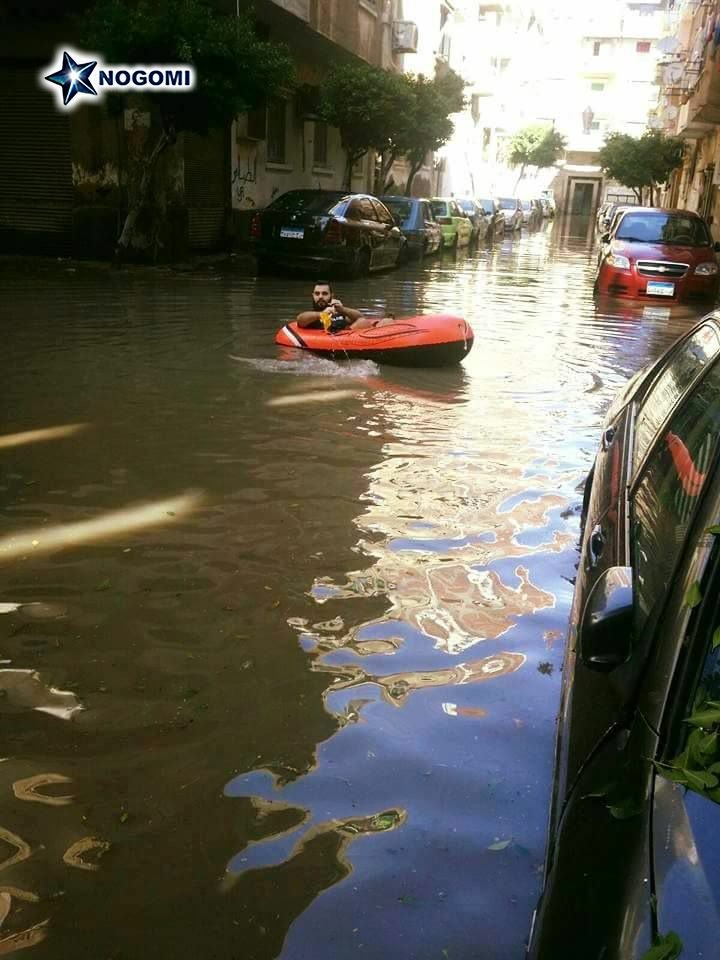 If you live in Alexandria then you must have been suffering for the past few hours from the water flooding the streets. And if you don’t live there, then, you must have heard about the disastrous crisis that the city is facing.
Alexandria is literally drowning, it’s not a metaphor!

People are dying from electrocution
Can you imagine that people are losing their lives simply because it’s raining? Electrical cables and pillars dropped, electrocuting the water, causing the unfortunate death of many innocent citizens. Did we really reach the stage where people are being killed just for driving or walking in the streets? 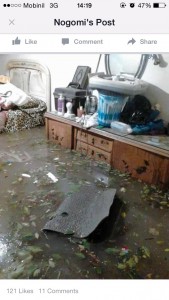 Banks, hotels, hospitals and colleges are damaged
Not only houses and streets are drowning, but banks, hospitals, colleges and hotels as well. The Ahli bank and the Four Seasons hotel had some serious damage today, as well as some hospitals, schools and colleges. Obviously, everything is stopping because it rained, which is a very common phenomena that happens every year. It’s unbelievable! 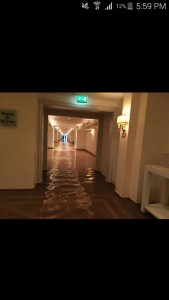 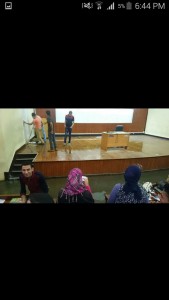 Say goodbye to your car!
Water has inundated many parking spaces as well. We’re losing count of the number of cars that got ruined today. Shockingly, you can see the cars being pulled out of the garages by ropes, even in the most luxurious areas in Alexandria. 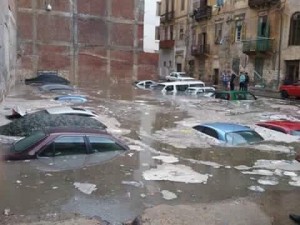 However, since the emergency wasn’t reachable nor assisted, Alexandrians started to cope with the situation and help themselves out.
Here are some of the desperate – and in the case of the man carrying people across the street, clever – actions that Alexandrians have taken:

Swimming
People started to throw themselves into water to rescue the cars and buses. 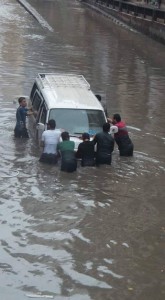 Using boats
Some even started to get into boats to complete their daily tasks. 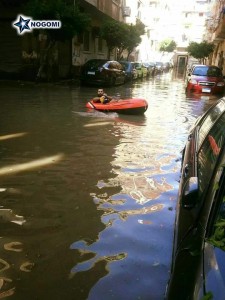 Creating a new business
There is a man who came up with a new idea to make up some money, and some others followed his footsteps. He took advantage of the situation and started to help people crossing the streets by holding them up. Some people criticize him for taking money; but this man is putting himself into the danger of being electrocuted, so the least he can have is 1 Egyptian Pound! 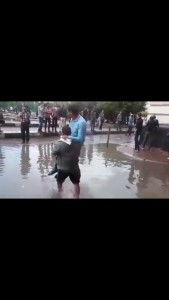 All of this damage happened only after a couple of hours of rain. People are now leaving their houses in fear, astonishment and anger. All Egyptians are waiting for some quick determined actions as soon as possible.