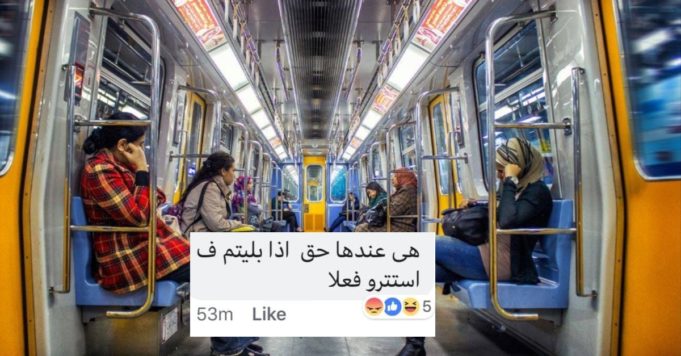 Someone recently published a Facebook post talking about a girl who got attacked in the metro’s ladies car and online for drinking water in a Ramadan day, or for having her period, apparently.

The story of the girl:

So apparently and according to the post, what happened is that the girl was going home from an exam, she was in the metro -the ladies car-, it was extremely hot -obviously-, she was exhausted and dizzy -also obviously-.

So the girl -who was on her period- pulled out a bottle of water and had a drink, then gave some to her friend who is also on her period. 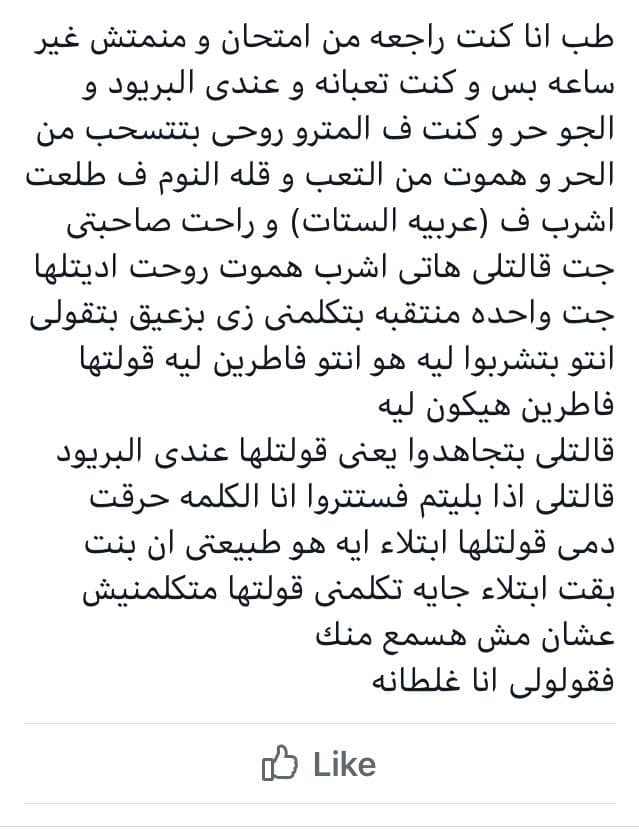 As a result, a woman came up to her and her friend and started yelling at them for drinking and aggressively questioned why they are not fasting (which is both obvious and none of her business).

Still, the girl did respond by letting her know that they are on their periods. You’d think that would put an end to it, but sadly, it didn’t.

The woman then replied -also aggressively- with a religious saying that loosely translates to “Do not take pride in your sins.”, to which the closest English equivalent would be “Don’t hang your dirty linen out in public”.

Naturally, the girl was extremely aggravated and offended for having her very nature as a woman being called a “sin”, so she cut the conversation short with that woman and asked her not to engage with her.

Frustrated and desperate for support, the girl then wrote what what happened with her in some Facebook group and asked for people’s input.

The reactions though came as even a bigger of a surprise…

One would think that the rest of the WOMEN would relate to this poor girl and sympathize with her since, you know… we are all in the same boat!

But to her surprise and ours, people sided with the woman in the metro and put the girl in the wrong for -rightfully- taking a sip of water.

The only thing they had to blame the woman on the metro for was her approach, but still blamed the girl for “outing” her period and letting people know she is not fasting, even though she had an excuse. 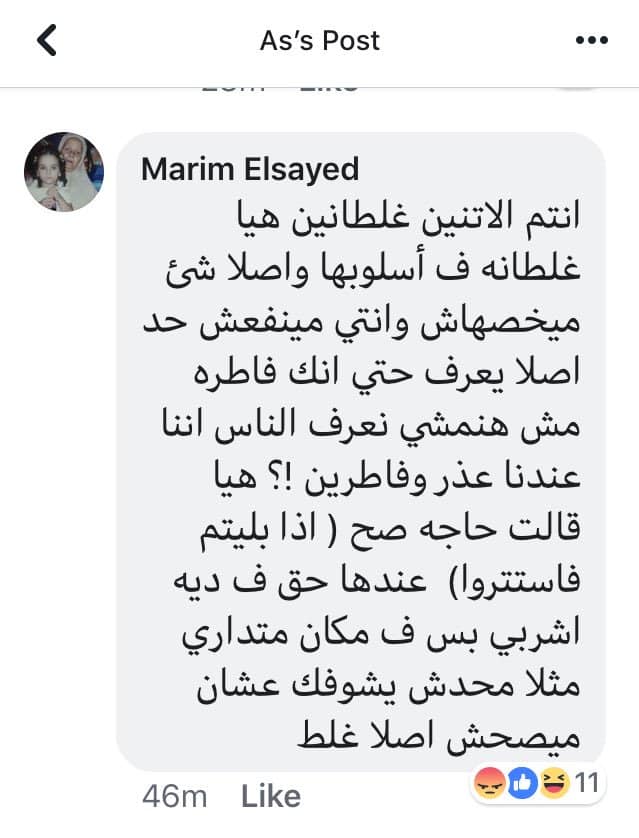 People (women) seemed to generally agree with the concept that a woman having her period is a sin or a shame that needs to be hidden. 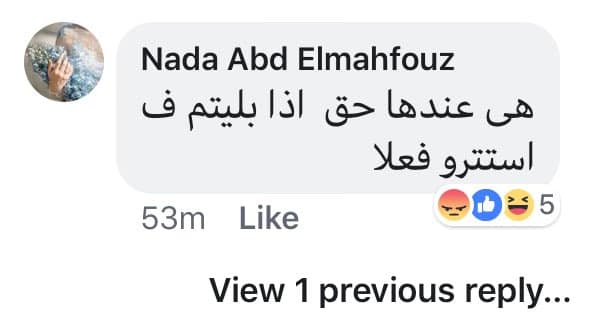 And others called her inconsiderate for drinking in front of those who are fasting. And blamed her for not holding on and waiting until she was alone. 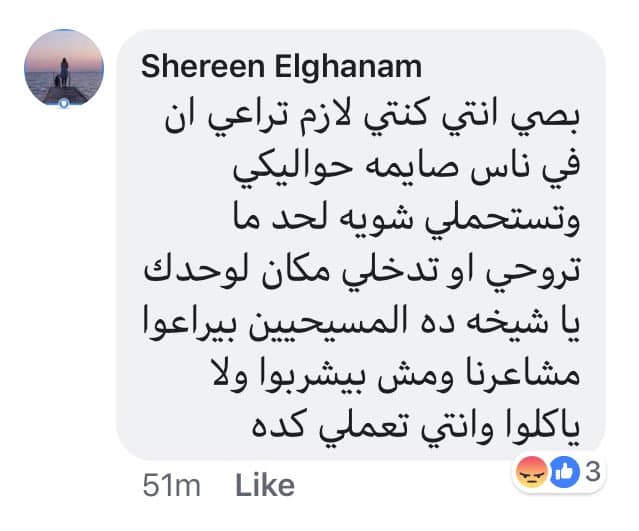 That’s not all, even in the comment section of this new post, a lot of people still seemed to agree that the girl is partially mistaken for drinking water.

Why this is UNFAIR on so many levels?

There are more reasons than one why this entire experience is both unfair and strikingly alarming. But before we state them, let’s do a quick fact-check:

1. It is a naturally known rule that EVERY SINGLE FEMALE HUMAN gets a menstrual period EVERY SINGLE MONTH that puts a huge strain and stress on her both physically and mentally.

2. Islam wise, it is also a well-known rule that women are FORBIDDEN to either pray, fast, or touch the Quran while having said menstrual period.

3. Egypt has over 97 million people living in it, not all of which are Muslims nor practice the same beliefs.

4. A woman’s body and menstrual period (which is responsible for procreation) is nothing to be ashamed of nor is it a secret.

So now that you remember the facts, here is why what happened to this girl is not just wrong but also scary:

– That girl was exercising her God-given right to DRINK A SIP OF WATER, which is the most basic human need possible, and people managed to find fault at that. That shows a horrifying lack of empathy.

– We as humans have gotten so entitled in judging each other that we have no problem at all in playing God and placing our judgment over other people for not following our own rules. That shows incredible arrogance.

– Our faith is so weak that we are so easily tempted and provoked by the sight of a person drinking water then blame it on them. That shows a deep-rooted denial.

– It’s 2019, and women still think of their periods as a shameful embarrassing secret which they have to go out of their way to hide, even from each other. That shows ignorance.

– Lastly, it was mostly women that attacked the girl and called her “sinful” for basically being a woman. And that shows signs of Stockholm Syndrome.

So if we have to leave you with a note, let us leave you with this; regardless of your belief, nature or gender, either be kind to one another, or be silent.