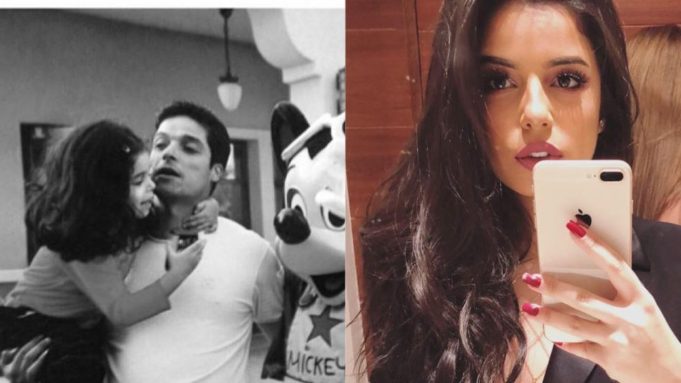 Yesterday November the 26th, Mariam Amer Mounib, daughter of the late singer and actor Amer Mounib decided to honor her father in a remarkable way that got everybody talking.

Earlier that day, which coincides Amer Mounib’s death anniversary, Tamer Hussein the songwriter and long-time family friend of the Mounib’s posted a video announcing Mounib’s daughter is recording a song!

Everyone immediately started assuming this means that Amer Mounib’s younger daughter is about to follow in her father’s footsteps and launch a music career.

That wasn’t the case, though. Mariam made a Facebook post announcing how she always wanted to record a song with her father, but she was never able to since he died at such a young age (48 years old!)

So on his 8th death anniversary, she decided to record this song, combining an old clip by her father named “Amel Eih F Hayatak”, and add her own lyrics to it!

Written by Tamer Hussein, composed by Amr Mousstafa and distributed by Hany Adel, the song is a gesture that was just too heartwarming. In a way, it also compensated for her long lost dream of a father-daughter duo.

More importantly, it reminded everyone on social media of the pure talent and extraordinary personality that is, Amer Mounib. Many shared the video and started digging for more songs of the late singer that we once really enjoyed!

Mariam, who recently graduated college and left her father a note saying “Hey dad, I graduated today!”, seems to have had a deep connection with her father and we’re so glad she got the help she needed t express this special bond.

We would like to thank Mariam for reviving the legacy of her father and for keeping him alive through his music. We also think she should really pursue a music career, and wish her all the luck in the world!