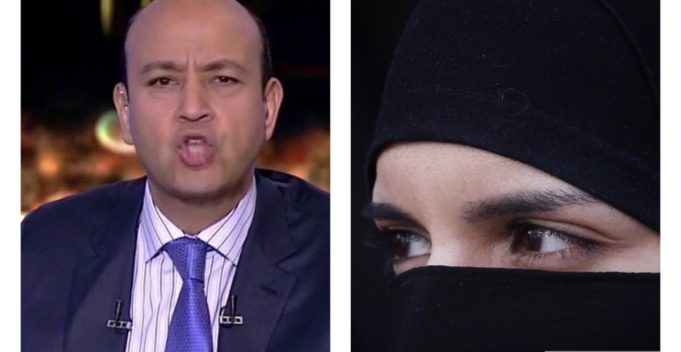 In the latest episode of his show El Hekaya on MBC Masr, Amr Adib addressed the controversial issue of the Niqab ban in governmental buildings, causing all hell to break loose on Twitter.

For those of you who don’t know; the Niqab ban in governmental buildings bill is currently being looked into in the Egyptian Parliament, and no decision has yet been made. 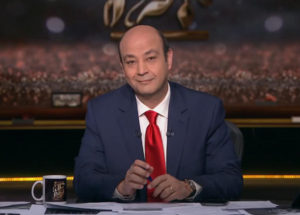 Adib asserted that he is totally against the Niqab under any circumstances, stressing that it’s in no way related to any beliefs or religion. And that it’s only made up by some parts of the society we live in. 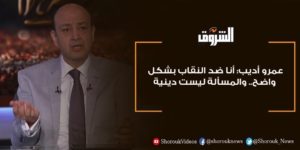 Amr Adib has always been a subject of criticism. It was definitely no surprise to see that some people started attacking him online.

The audience took this whole Niqab episode in a controversial way. A series of insulting tweets fired at Adib shortly broke out after the episode; many argued that everybody should practice their freedom of attire, and there should be no exception to this rule. 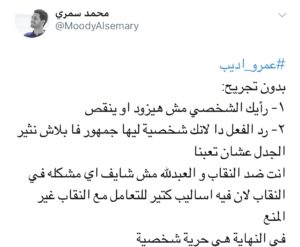 If we are going to talk job description; Adib’s job is to be neutral, to be impartial, to use the platform given to him through his show to talk and listen to people’s opinions and explore all points of views. That’s what hosts are supposed to do. They demonstrate and reflect what THE PEOPLE think, even if they don’t completely support it. Yes he could definitely state his own opinion as well, but not be subjective and exclude others.

But here, instead of advocating freedom of choice, speech, expression or attire in that case, Adib almost begged the parliament on air to proceed with the ban bill. With a very strong attacking tone.

Do you think Amr Adib had the right to voice his personal opinion on that specific sensitive topic? Are people on Twitter exaggerating? Should TV hosts take sides? Share your thoughts with us.