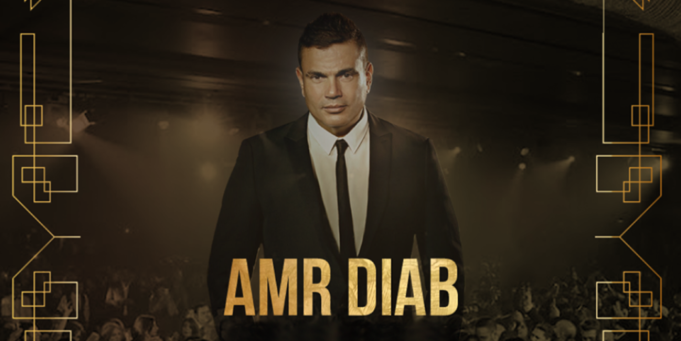 Amr Diab’s concert in Sahel is a yearly must-attend event for all his die hard fans, but apparently this year’s concert was a bit of a disappointment according to social media.

Attendees posted about the unorganized entrance and chaotic way of checking the tickets which led to the cramming of a large number of people at the gates and more people inside the concert platform than was initially planned for. Cases of violence, sexual harassment and fainting were also reported. Amr Diab literally had to ask the audience to stop pushing and shoving each other during the concert.

Moreover, many people complained about the rude way security guards treated them as they asked for help either with harassment or other people taking their assigned places. 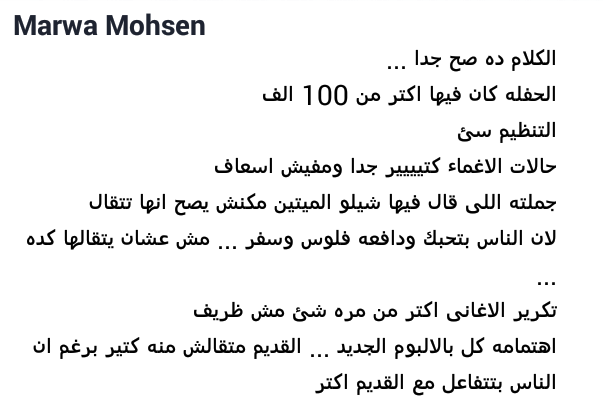 The concert caused a traffic jam in all roads surrounding its venue for almost 4 hours which led people to go crazy everywhere, writing about how their day was blown off.

As usual, Amr Diab sang his medley to interact with the audience and started off with songs from his new album “Me3ady El-Nas” to check if his fans were already familiar with the lyrics. He repeated the song “Agmal 3youn” several times using several zodiac signs, as he commented before singing “ana ashtaghal wento tetala3o esha3at.”

He made it a point to thank everyone who worked with him on the new album especially composer Amr Mostafa and songwriter Ayman Bahgat Qamar, who were rumored to be in disagreement with him.

Amr Diab’s fans look forward to this concert every year, but this won’t change the fact that they also expect better organisation to justify the pricey tickets of such a huge event.