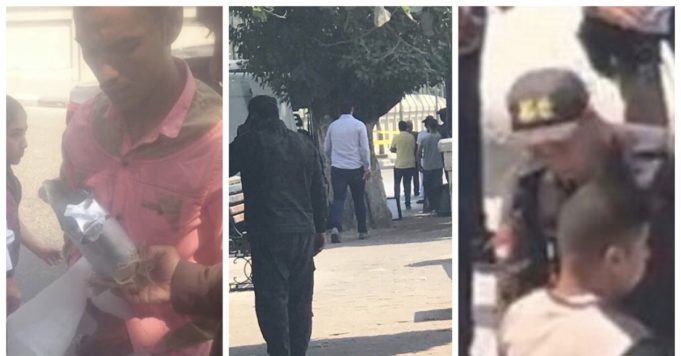 Reports are coming from Twitter and multiple news sources about a suicide bomber near the United States Embassy in Garden City, Cairo; an armed man allegedly attempted to detonate himself outside the embassy, and police forces reportedly arrested him. 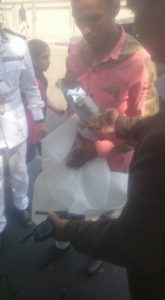 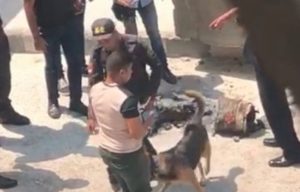 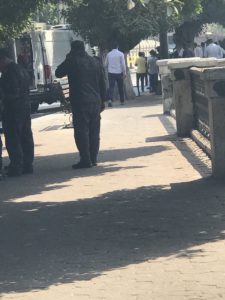 Additionally, the US Embassy announced on Twitter around 20 minutes ago that they are aware of the incident and are asking people to completely avoid the area. They also warned US citizens not to come to the embassy at this time. 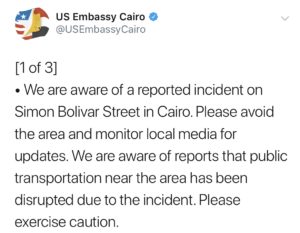 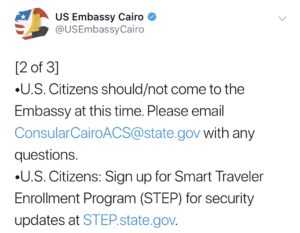