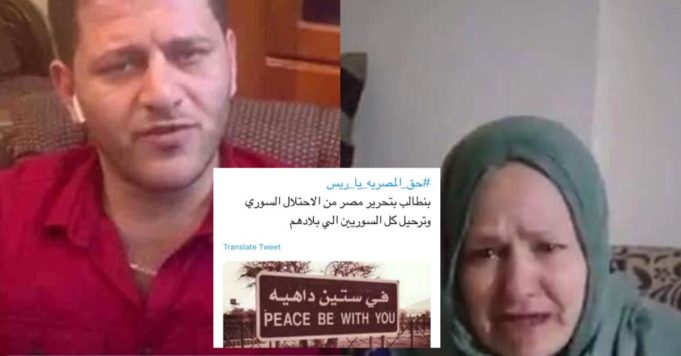 Recently, our timelines were flooded with a heated controversy. Manifested in two opposing campaigns. One expressing resentment against Syrian refugees in Egypt, and one supporting the Syrians with full hearts.

So, what started this feud?

It all started a few days back in Alexandria when the government decided to shut down a restaurant called “Aros Demishuq”, owned by a Syrian man and is the place where more than 300 employees make a living. People were raging over the incident, between supporters of the action and people against it; things escalated really quick!

The question is, what prompted such action?

Apparently, this Syrian place was shut down after a lady living in the same building filed a report to the authorities accusing the shop of jeopardizing her apartment’s safety. This came after many fights that lasted for years between her and the owner of the place. Finally forcing her to take legal actions.

Also, she posted a video of her mother in tears, begging the Egyptian President to put an end to their misery.

It seems about right really, right? But hold on, that’s only the tip of the iceberg.

A couple of days after the video went viral, one of the neighbors living in a nearby building decided to tell the full story as she witnessed it. Claiming that the Syrian restaurant owner is undergoing a great deal of injustice. 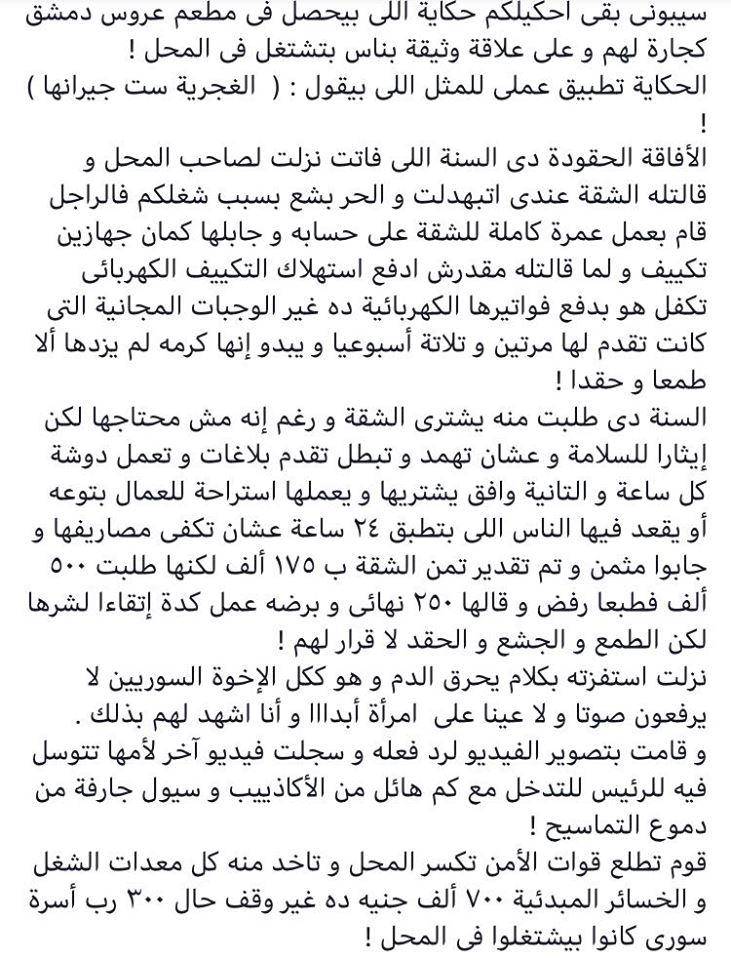 So, according to this testimony, this whole thing is nothing but a fraud to get more money after abusing the owner to keep his business running. First it was the apartment’s upgrade, then the air conditioners and free complementary meals. All charged to the Syrian guy. Eventually, the lady wanted him to buy the apartment, which he agreed to, but for an unreasonable price. The thing that stopped the deal and got the lady furious with him.

If proven true, the owner of the shop might actually be the victim here! Not the other way around.

In his defense, the Syrian owner posted a video himself, denying all the accusations and telling the real story from his point of view…

To our surprise, it is not the true story behind the incident that people are interested in. But actually, this incident was nothing but the start for a half-baked dilemma!

The peak of the situation

Some people instantly started using social media platforms with the hashtag #حق_المصريه_يا_ريس to express how mad they feel about the incident and stressed on the whole Syrian-refugees situation in Egypt right from the start.

Aggressively calling for the restriction of their affairs in Egypt and some actually called for the urgency of their departure altogether!

Backing this claim by the fact that Syrians are exploiting Egyptian resources and are giving them hard time finding work in their own country.

And on a more positive note, many others attacked the ongoing hatred targeting Syrians in Egypt. Saying how it’s a shame that we as an Arab country would spread negativity towards other fellow Arabs. Especially, since we’re welcoming them after their crisis.

Launching a counter hashtag #السوريين_منورين_مصر expressing how we, as Egyptians, feel no bitterness whatsoever towards Syrians or any Arabs for that matter. 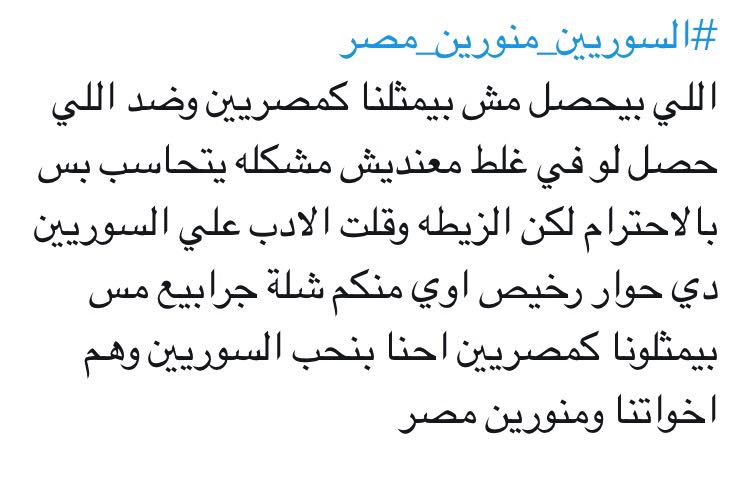 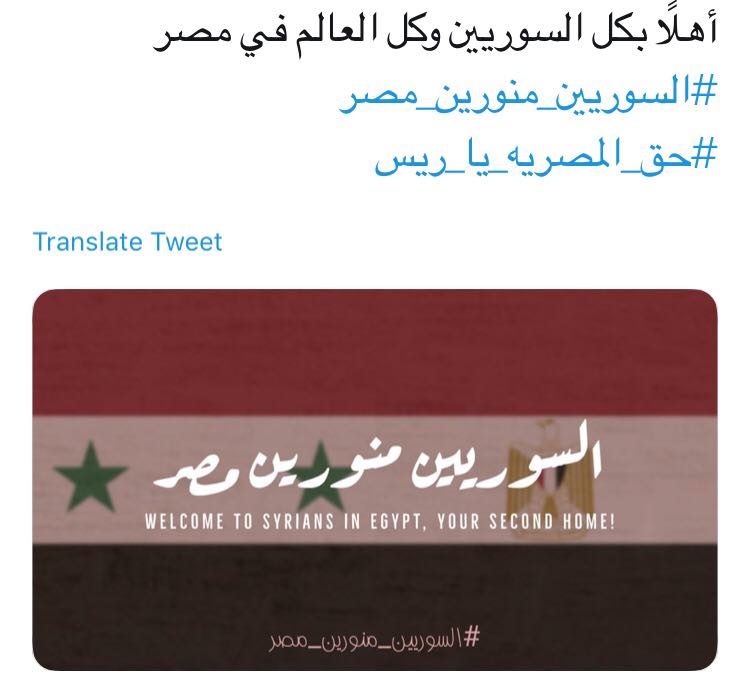 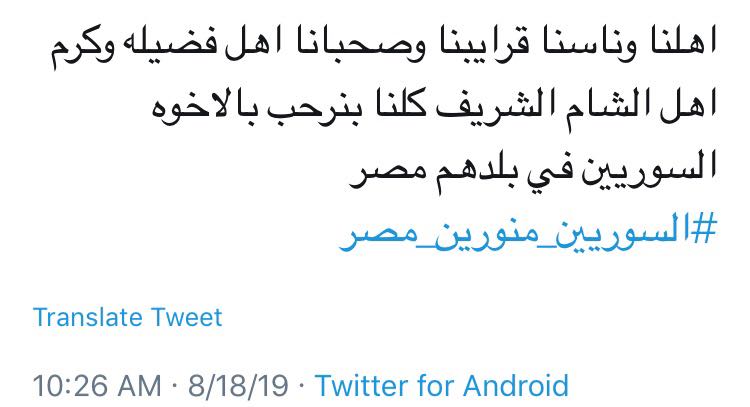 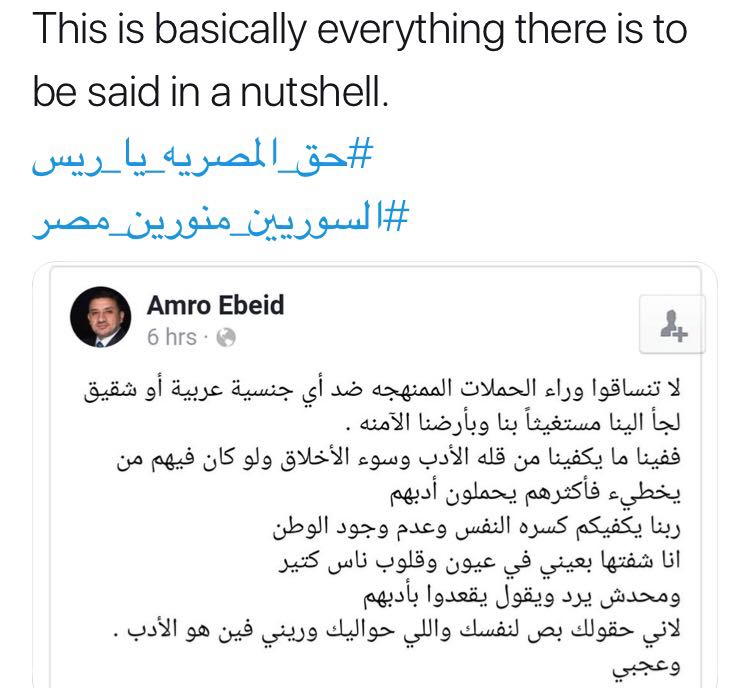 Should the story of the lady turn out to be true, does this justify all the hatred towards Syrians?

Well, of course not. This whole thing is just shameful. If anything, we feel honored being the ones welcoming Syrians into our country.

On a side note, this is actually not the first time we face a pickle with the Syrians. Remember the lawsuit filed to restrict Syrian money and investments in Egypt? Read our article about it.

Regarding the claims about Syrians exploiting the Egyptian markets, we just don’t see it that way. Syrians have business integrity and are totally work oriented. We just can’t blame them for trying to make their way through life.

As Egyptians, this shouldn’t affect us at all. On the contrary, it ought to encourage and inspire us!

Plus, if we look at this situation in particular, many Egyptian shop owners are running illegally. So it’s not just about the Syrians. It’s a long rooted form of corruption we witness almost every day.

Finally, if the shop owner turns out to be indeed guilty, then there should be consequences. However, we shouldn’t just bully and punish an entire race for it. We should know better than to start a war among us Arabs over trivial matters. We hope we manage to be, as Egyptians, more tolerant and accepting.