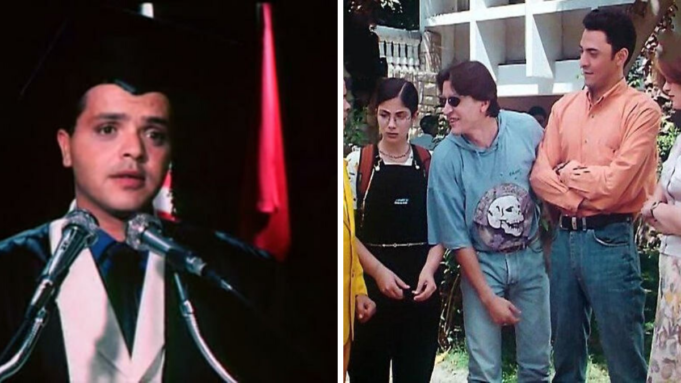 Quick, let’s start this off with a simple question. Are the friends you make in college real friends? If you said yes, then you probably haven’t heard the common theory that all college friendships don’t last because, well, they’re not real.

So, who exactly sat down and penned this urban legend? The Egyptian public, that’s who!

But even though this is something of an urban legend rather than a truth, this theory has its reasons.

College is a wildly different landscape.

Sometimes, these backgrounds make for interesting conversations and occasional hangouts, but they don’t really constitute for a real, lasting friendship. Especially if geography comes into the question and puts you cities apart.

We all know that, on some level, “masla7ageyas” exist and that you’re going to run into them. Word on the street is that most of the people you meet in college are part of that category.

Chances are that if you befriend them, knowingly or not, they’ll end up throwing you under the bus and won’t try to make it up to you unless they need you again. This tends to take a toll on most people, so they take to avoidance.

Yes, there’s something about 3eshra too.

Another reason why people believe college friendships don’t last is that, well, they don’t really have much to know the person.

Think about it. School friendships tend to last because they grow over years and years and that same growth is hard to achieve in a 4-6 year high stress period.

There’s no way around it; this is the reason why most friendships made in college end. Graduation day comes, you part ways, and step into real life, in which you promptly discover that you have nothing in common with your college friends anymore.

Now, of course, we know that this only an Egyptian myth more than anything else.

Sure, the myth got around because a good chunk of people have been stung by bad friendships before, but that still doesn’t mean everyone’s experiences are universal. That’s just not a thing.

Just keep your head up, pal.