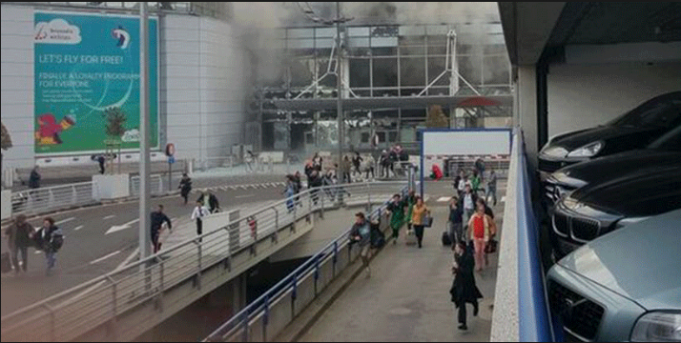 This is not Brussels’ day by all means! Early this morning, Belgium’s capital and the home to the headquarters of the European Union witnessed two brutal explosions; the first hit Zaventem airport, killing up to 13 people and injuring dozens, and shortly after the airport blasted, a second explosion struck the Maelbeek metro station in the city center, close to the European Union institutions.

According to the Belgian federal prosecutor, the explosion at the airport was a suicide attack!

People rushing in terror out of the airport, ambulances carrying injured to hospitals, it was an ugly scene. In consequences the situation in the whole European society is hell on wheels.

You can only imagine the intense state the whole country is going through after this tragic catastrophe, despite that the blame game is on, and everyone started to point fingers even before the dust settles.

The scenario circling around is that this is a revenge attack to avenge the capture of Salah AbdElSalam –one of the suspects in the Paris Attacks-, last Friday to demonstrate loud and clear a continued capability.

Is this true? Is it a message from terrorist that they can still terrorise, mobilise and polarise with violence? Or maybe this has nothing to do with them and the Islamophobia is driving everyone to put this possibility first on the table?

Meanwhile we wish the families of the victims strength, patience and our most sincere condolences