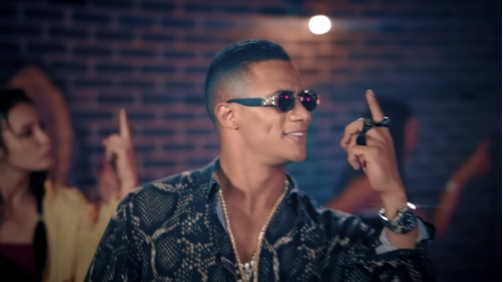 Mohamed Ramadan’s “Number 1” label has taken social media by storm. His new motto had become his new state of mind, controlling his actions till he reached an advanced stage of grandiosity.

The story began with this Instagram post by Ramadan, showing him riding his Ferrari. Well, with all due respect to the legendary Mohamed Ramadan but when real legends like Adel Emam and Yehia Elfakharany take part in the Ramadan drama race and you post something like this, you resemble an amateur player going up to Mo Salah to tell him he’s the best player in the Premier League. He announced that his series “Nesr El Sa3id” has got the highest views among this year’s Ramadan series marathon but if we look at the viewership numbers, we will find that “Kalabsh 2” ranked first this season.

In a famous Facebook post, songwriter Amir Teima asked Ramadan to show respect to other mega stars in the field and not dub himself the “Number One” actor in Egypt“, but Ramadan reached stage 2 of grandiosity and uploaded a picture on Instagram with a small cub and a luxurious bike to which he attached a quote saying, “One of the most significant characteristics about lions, is that they don’t care what donkeys think about them.” 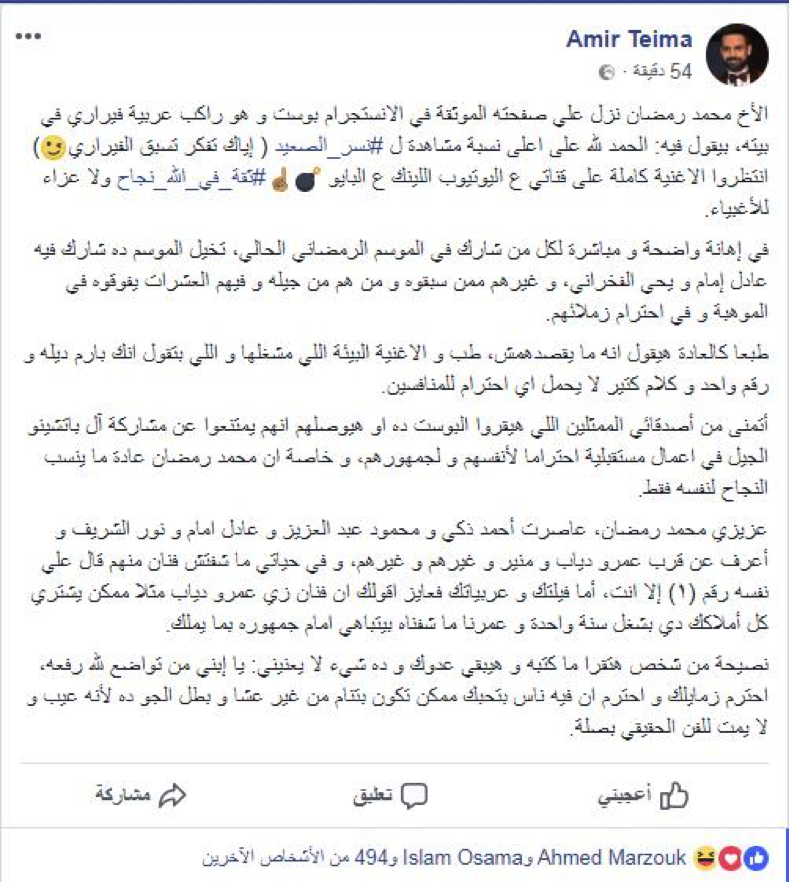 Now our attention seeker’s condition has become critical. He released a new song called “Number One”! In the opening scene of the clip we see him sitting in a room filled with TVs, and a huge drawing of him on the wall, watching parts of his performances, criticisms and appraisals addressed to him. The clip also showed all of Ramadan’s award trophies. 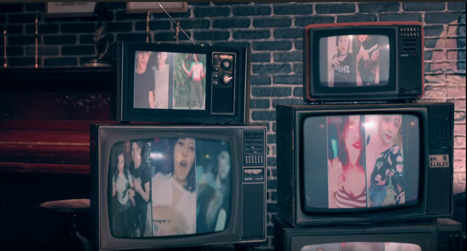 And then the TVs started to play videos of Ramadan’s fans singing his newest song!

Since he never misses a chance to brag about his Ferraris, it goes without saying that one of his cars is part of the clip! His favorite nickname “El Ostora” was also repeated more than once in the clip.