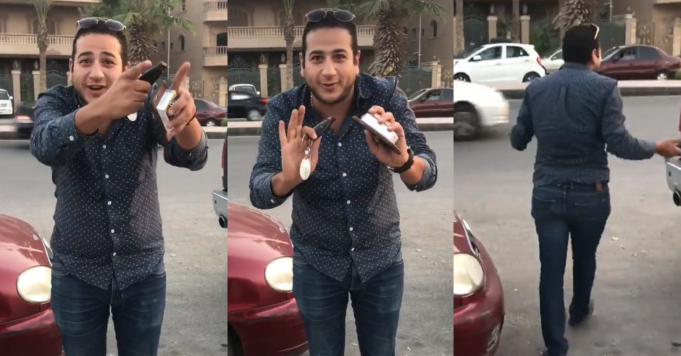 According to Al Watan, police forces in Suez have detained a businessman who turned out to be the father of the young man accused of harassment in the infamous ‘Tagamo3 Girl’ incident. The police detained the businessman in response to the Supreme State Security Prosecution’s order for arresting him.

The man is accused of owing several banks in Cairo millions of Egyptian pounds. He was transferred to a police station in Suez following his arrest in Ain Sukhna, where he owns a touristic resort.

A security source revealed that the businessman is indebted to banks in Cairo, and not in Suez. He further explained that the police forces in Suez only implemented the orders of his arrest.

The videos were posted by Facebook user Menna Gubran who claimed that these men started following and harassing her because she was standing alone in the street. Instead of being passive about it, she decided to take out her phone and film the incident as it happened.

For more information and details about the “Tagamo3 Girl” incident, refer to Identity’s articles:

Surprise! Hitting on a girl on the street IS sexual harassment!