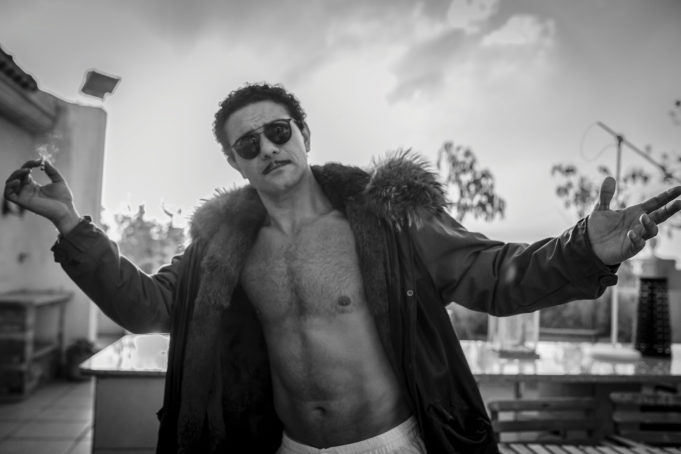 It’s hard not to roll out the clichés. The shoulders are broad; the eyes piercing; the smile extremely charming…It would be churlish not to acknowledge, straight off the bat, that Asser Yassin is absurdly handsome, but that’s not all there is to the extremely talented actor.

Since the beginning of his career, and his debut in the cinema world in Omaret Yacoubian, Yassin has stolen the heart of the audience with his many brilliant performances.

On the day he smoked his last cigarette, we met with the incredibly skilled actor to hear all about him becoming Ambassador of Goodwill by the International Organization for Migration in Egypt, his newest projects, his new tattoo that set the social media on fire, and also why he decided to puff the last smoke. 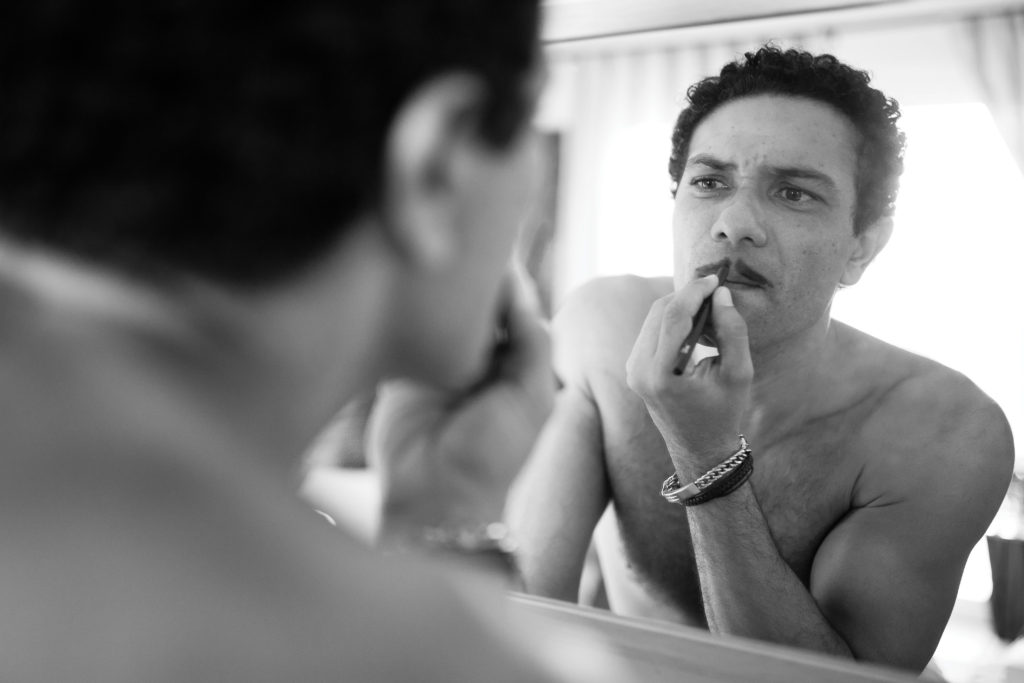 Tell us more about being chosen as Ambassador of Goodwill by the International Organization for Migration (IOM) in Egypt, and about the responsibilities that come hand in hand with that.

I’ve be working on finding a cause to serve and this is actually a great cause, owning to the fact it’s already under a very capable umbrella that is not wasting effort here and there, but quite the contrary we can strategize, we can prepare, and actually strive for a higher purpose.

I believe that whatever podium I am standing for or behind forces me and places a certain kind of pressure on me to serve and give back to my community; be it through UNHCR, IOM, UNAIDs or 500500 Hospital.

IOM is a great organization; we have similar values of where to help and how to help, and I am very honored that I was chosen to represent it. It’s a great responsibility and I am always up for the challenge.

Why did you decide to quit smoking? What strategy are you planning to follow in order not to relapse and go back to smoking again?

It’s simply because I need more time, not less time, and cigarettes for me mean less time. It’s as if you want to make the maximum out of your journey, as if you want to reach a place, and in order to reach it efficiently you have to be very athletic.

So smoking was holding me back. I‘ve reached a certain stage in my life where you know nothing is worth it except the people you care for and love, and the love you get back. That’s it.

My strategy to quit is easier said than done. It’s a journey, you must enjoy the ride. You have to keep on searching for the right path, which I did, so this is the last time you will see me smoking a cigarette. 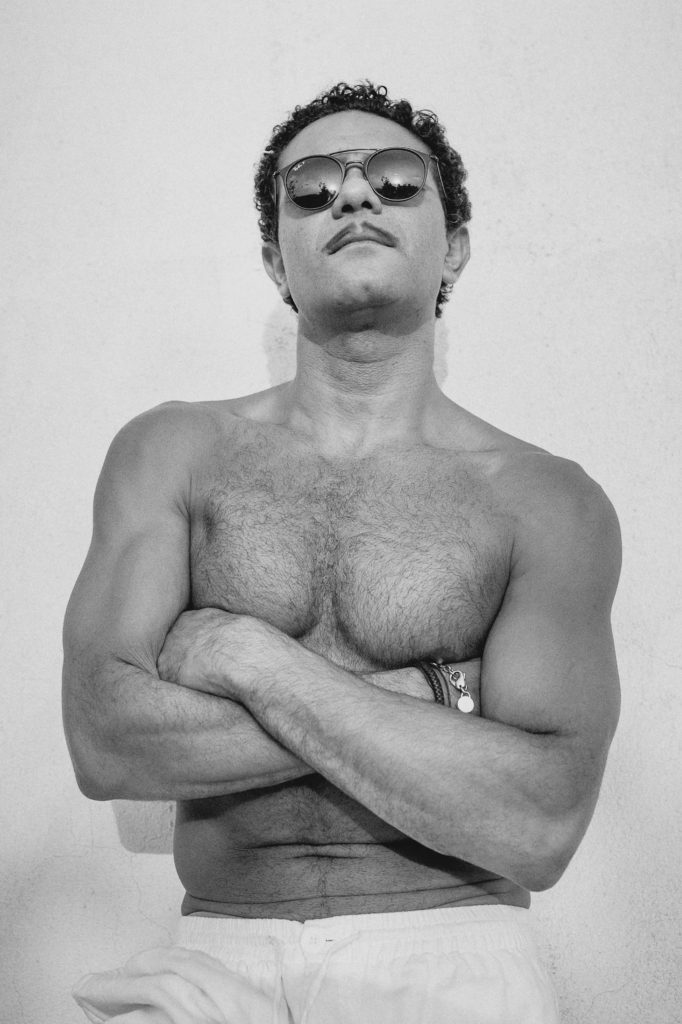 What has been your greatest accomplishment as an actor?

Every time I take on a new film, it’s like it’s my first time to act. Be it a major role, a secondary role, or a cameo appearance, I’ve always been like “Damn it, did I ever know how to act before? This is all new to me!”

It seems like that, but once you’re in front of the camera and once you get into the process you retrieve all the past experiences, and then you add to them.

And when you do, you’re like “Okay let’s do it differently this time, let’s find a new approach for this role.” I don’t think I’ve reached the point where I can say that this is my greatest achievement.

Once I finish a role, I am always looking for the next one. I evaluate every experience, whether I am satisfied with it or not, before I move to another. Yet my favorite performance remains my role as Taha in Torab El Mas. 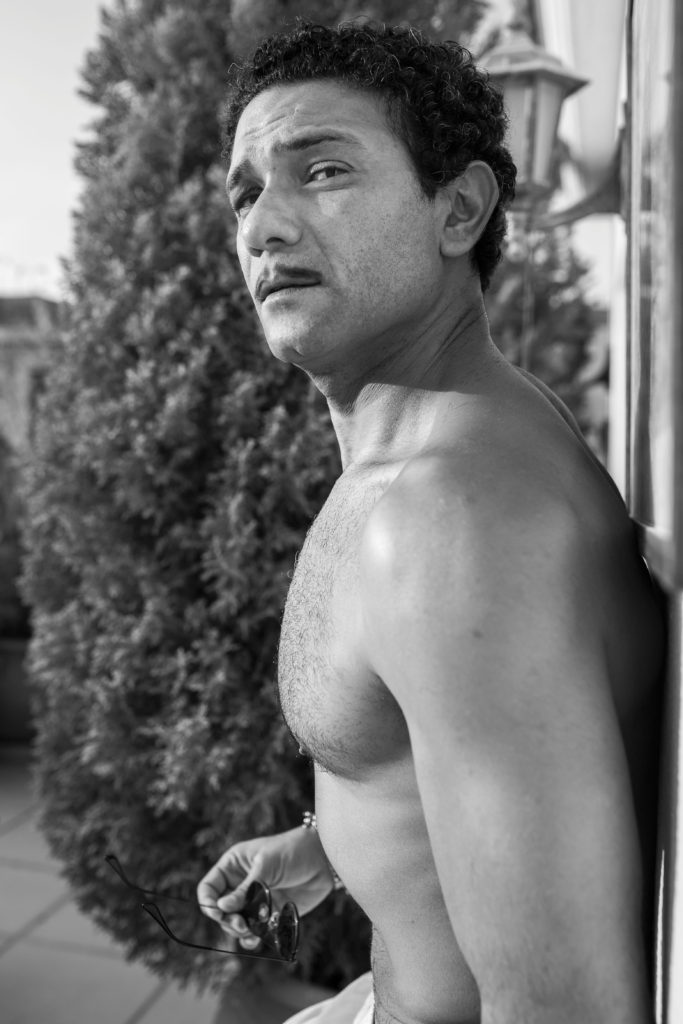 Think about a demanding director, professor or castmate. What made him or her difficult? How did you successfully interact with this person?

Literally, that’s the best thing that can happen to anyone in any career. As an actor, I don’t need anything other than a demanding person to keep me on my edge.

I am a hard worker, and for over a year and a half I learned to play the drums for a few scenes for one of my roles. If I didn’t find a demanding director on the other end, I will be disappointed.

Why would I take on this extreme challenge and go all the way unless my director is that demanding? It’s motivational for me, because in the end we work hard to create a piece of art that will live for years and years to come. In order to deal with someone that demanding, you must give your all or go home, that’s the formula.

Tell us about a time where you had difficulty with a character. What was the role and why was it challenging?

Three characters mainly; Mo in Zay El Naharda, Yehia in Rasayel El Bahr, and Taha in Torab El Mas all express how much I matured from one role to the other, and I think the most mature one is Torab El Mas.

Maybe if I’ve started with it, the answer would have been Zay El Naharda. I was 28 and now I am 38; it all depends on your inner observation.

Torab El Mas specifically was a challenge because it was shot two years later than it was planned to be, so the script itself developed, the way we were all perceiving the characters changed, including Marwan Hamed, the director and Ahmed Mourad the scriptwriter.

My character was supposed to be nerdy and a bit light, but it took a darker approach and he became more of a loner and an introvert, playing him was so inspiring.

What’s the secret behind your new tattoo?

It’s the name of my grandfather; he just passed away three months ago. He had a great impact on me. We had a very special relationship; we used to read a lot together, exchange lots of books, and converse about things no one would ever converse about. We were really close; I am the eldest grandchild and I have the badge of the Yassin family. I am his extension.

Tell us more about ‘Saheb Al Makam’; who is the cast and when should we expect it to be released?

It’s a very interesting project written by Ibrahim Eissa, directed by Mando El-Adl, starring Yousra, Amina Khalil, and including a lot of cameo appearances. Expect a nice cool humane film with a bit of comedy in it.

It’s family film that the audience of any age can watch with a nice message to it; which is basically not to materialize everything in your life, and to look around you because there is a lot to see that you don’t want to miss out on. It’s different from anything I’ve ever done.