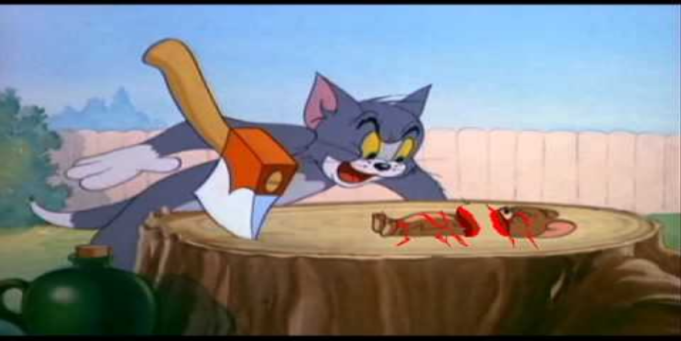 Following up on our “PUBG will make you a terrorist” article; we are here to warn you that “Tom & Jerry” too will make you violent!

In her latest interview with Nogoum FM, Psychiatrist Seham Hassan claimed that games and cartoons such as “Tom & Jerry” can cause children to behave violently and grow up with a violent mentality.

Ooops, there goes the 90’s generation!

Dr. Hassan goes on to explain that when you expose your children to cartoons or games that contain any type of violence, they easily get affected by it. She also stated that when a child watches a cartoon or plays a game for too long, they start believing that they’re part of it and lose their sense of reality.

The psychiatrist who is specialized in behavioral modification in children and teenagers also explained that this isn’t an individual case. Apparently, it can affect all children. She also gave an example of how students now play in classrooms by beating each other up; because to them, violence is a form of playing.

The experienced psychiatrist built her statement on a series of studies conducted on Tom & Jerry. According to these studies, Tom & Jerry encourages kids to be violent because “Tom & Jerry constantly hit each other and no one dies”.

Rest assured, though, Dr. Seham thankfully did not completely ban cartoons. She said that from the age of 3 to 7, children can be allowed one hour of television split across the entire day. However, before the age of 3, NO technology is allowed.

We all agree that too much technology at a young age could be dangerous. At any age really. But is it that dangerous?

Do you guys think the reason behind all our violent tempers and mental breakdowns could be the many happy hours we spent watching Jerry pranking Tom in the funniest ways possible and Tom chasing Jerry down?

If it is, then why stop there? Could Spongebob be violent inducing as well? Could Mickey and Minnie Mouse turn out to be bad examples for kids?

What do you guys think? Are you with or against Tom & Jerry? Tell us in the comments.