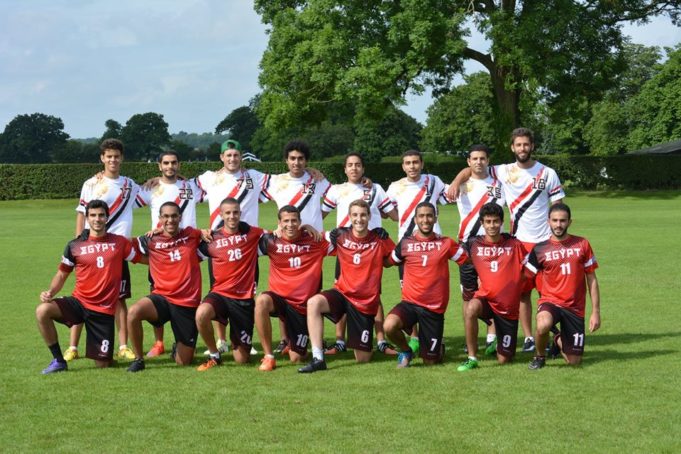 Because Identity’s always keen on meeting up with passionate Egyptian athletes, we decided to speak to Ahmed Barakat, a dedicated member of the AUC Mayhem Ultimate Frisbee team. We discussed the ”Ultimate” Frisbee sport in general and the steps they’re currently taking to get the sport recognized and placed on the Egyptian sports map! 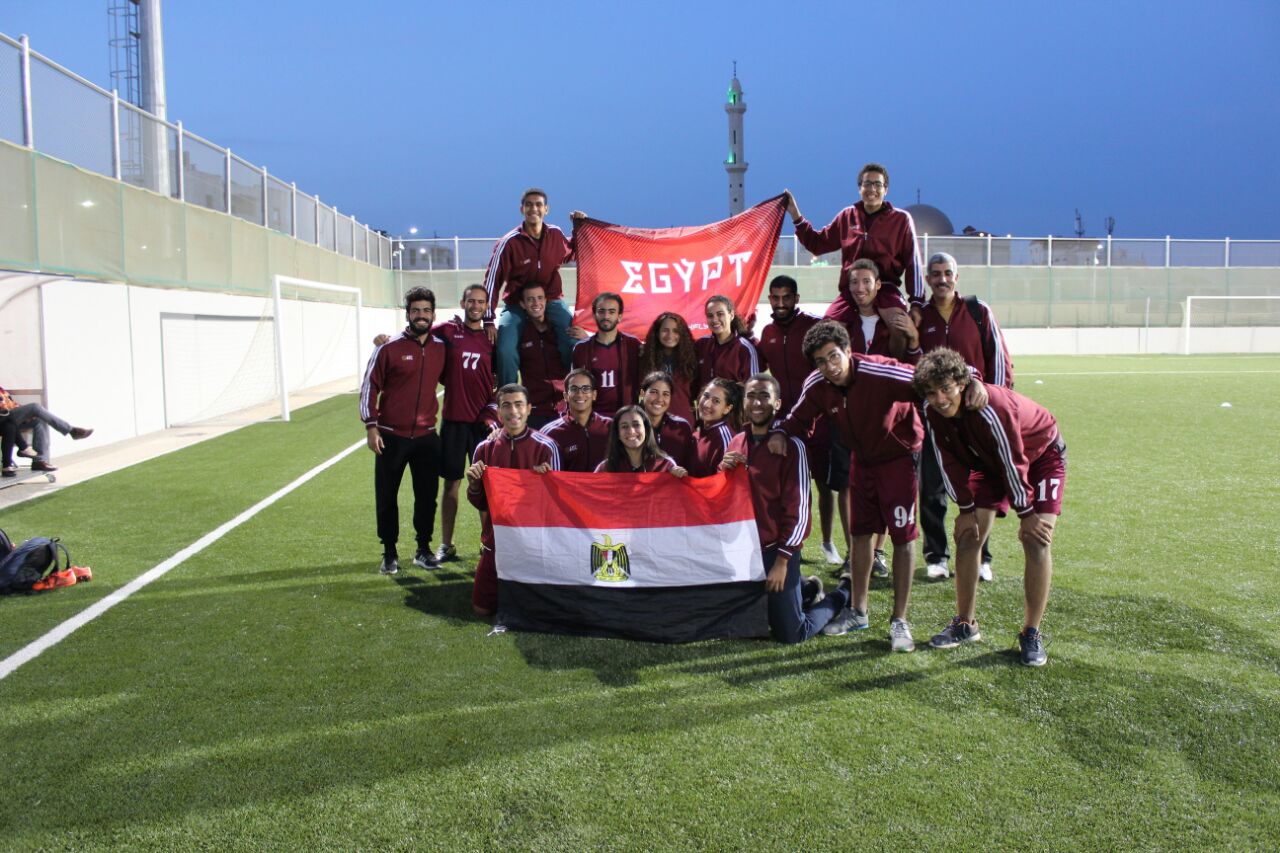 1. Can you tell us what is “Utlimate” Frisbee in general?

Ultimate Frisbee is a competitive non-contact sport usually played on a grass field (100m length, 37m width). It’s played on basis of 7 vs. 7, with an unlimited number of substitutions. To score a point, the team must maintain possession of the disc until one of them catches it in the end zone of the opposing team. The disc may be advanced in any direction by completing a pass to a teammate. Players may not run with the disc. The person with the disc has ten seconds to throw the disc (the 10-second stall count). 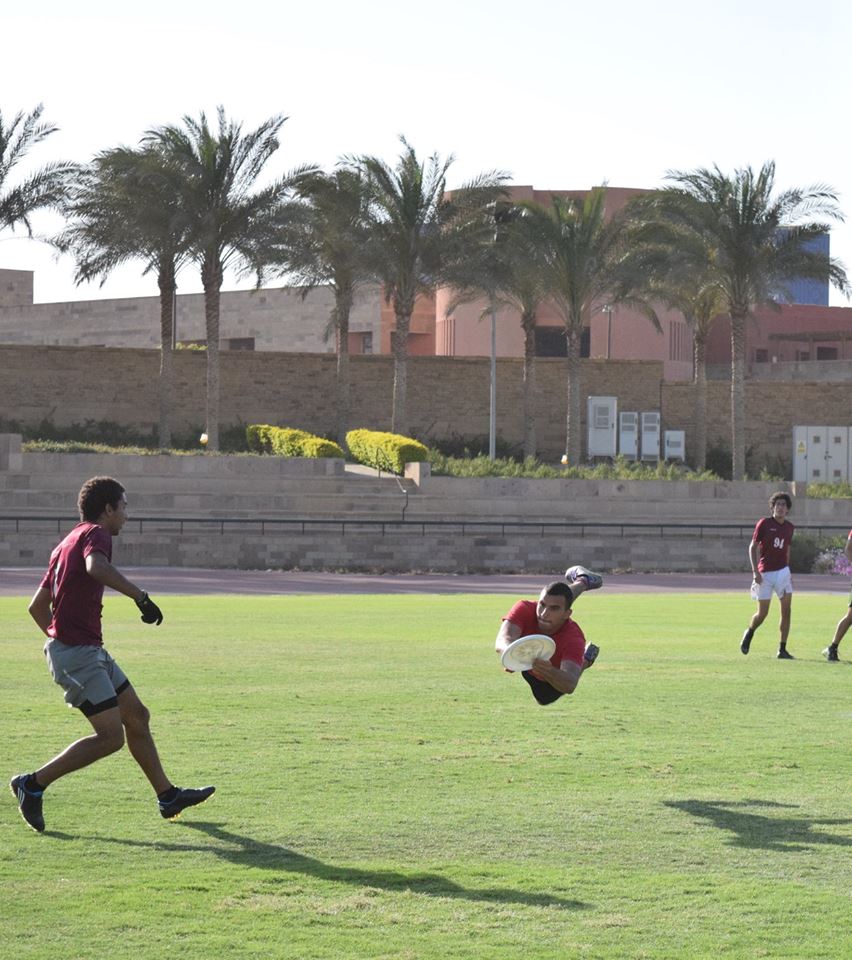 2. Where are you now from establishing an association and being recognized by the Ministry of Youth and Sports?

Egyptian Ultimate Players Association (EUPA) was founded and got recognized by World Flying Disc Federation (WFDF) in 2016; allowing Egypt to send a national team to the World Ultimate & Guts Championship (WUGC 2016) in London. However, Ultimate, and EUPA, are still not recognized by the Egyptian Ministry of Youth and Sports which causes some limitations in the road of expansion for the sport; mainly due to lack of resources and funding. 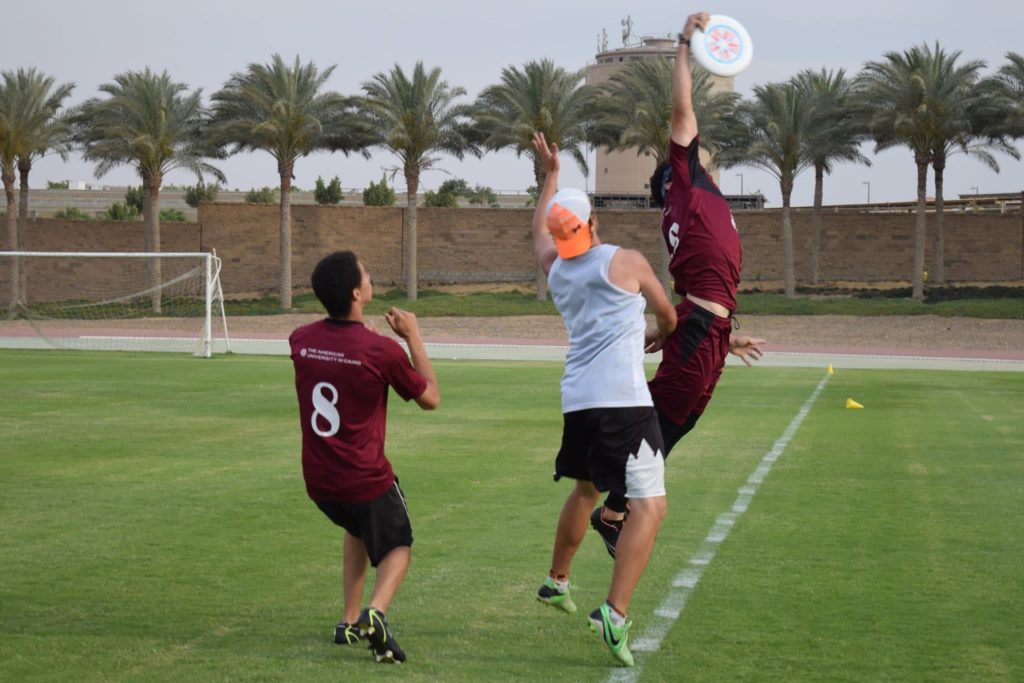 3. How is Frisbee an addition to the sports community?

Ultimate Frisbee, as stated before, heavily stresses on sportsmanship due to its self-officiating nature, therefore it positively affects the attitude of all “Ultimate” players, as the spirit of the game is one of the main pillars of the sport. This aspect of the game specifically is a very unique addition to the sports community as it brings the best out of the players, which also reflects on the outside world. So with all the political and social issues in the region, Ultimate offers a gateway to high spirit and sportsmanship much needed these days. 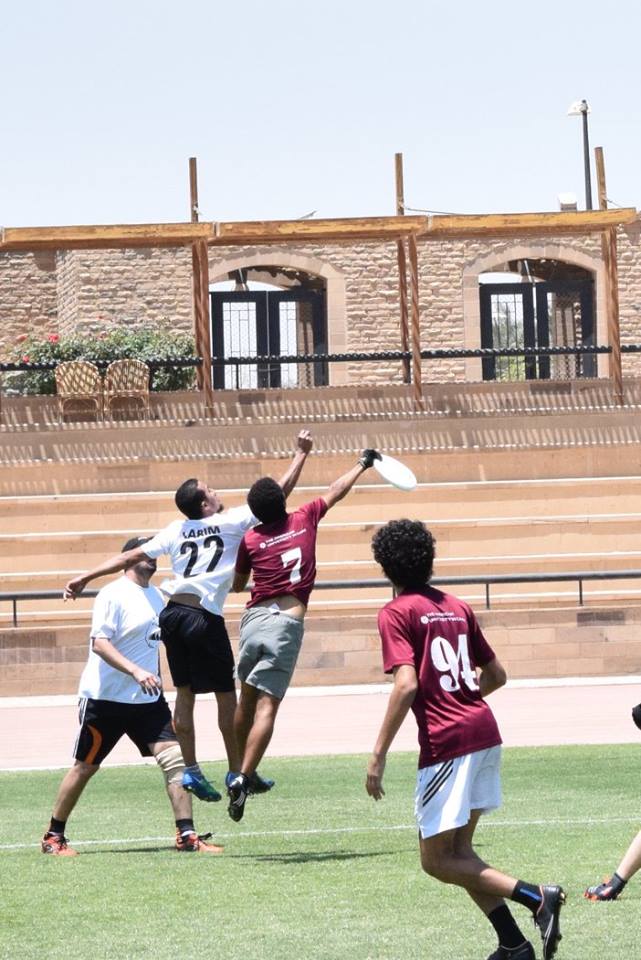 4. What has the Egyptian Ultimate Frisbee community achieved so far?

Egyptian teams have participated in 5 international tournaments in the past couple of years. 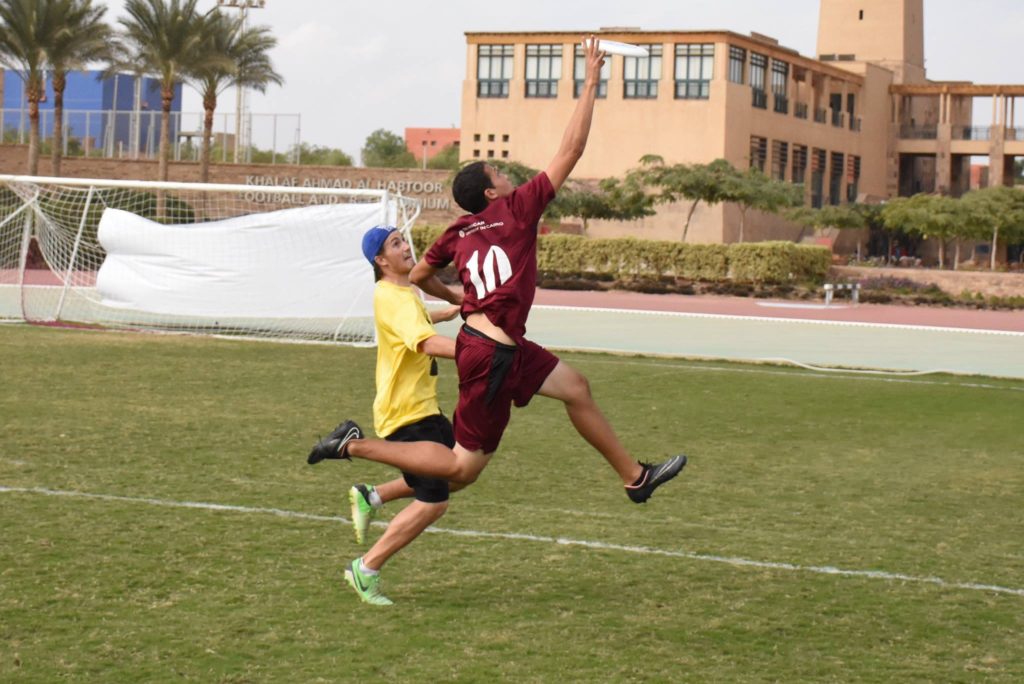 5. Is there an audience for Ultimate Frisbee today?

EUPA holds a yearly Egyptian Ultimate National Championship (EUNC), with a plan of having a regular season for the coming year in addition to the EUNC. Ultimate has been growing exponentially these couple of years, with the number of teams in Egypt now reaching 7 teams with about 150 registered players. Everyone in the Ultimate community is working hard to help the sport grow and expand, either under EUPA’s umbrella or through independent efforts like “Flying Disc Invasion” initiative which has put a really big effort into the case and has started to yield great returns and responses.

6. What are the resources you need to grow with Ultimate Frisbee in Egypt?

There’s still a long way to go! While Ultimate surely is on the right track, in terms of the ministry’s support, sponsors and the media, it would only keep on moving forward and improve Egypt’s chance in hosting international tournaments if sufficient fields are provided and the sport got more acknowledged by the Egyptian society. 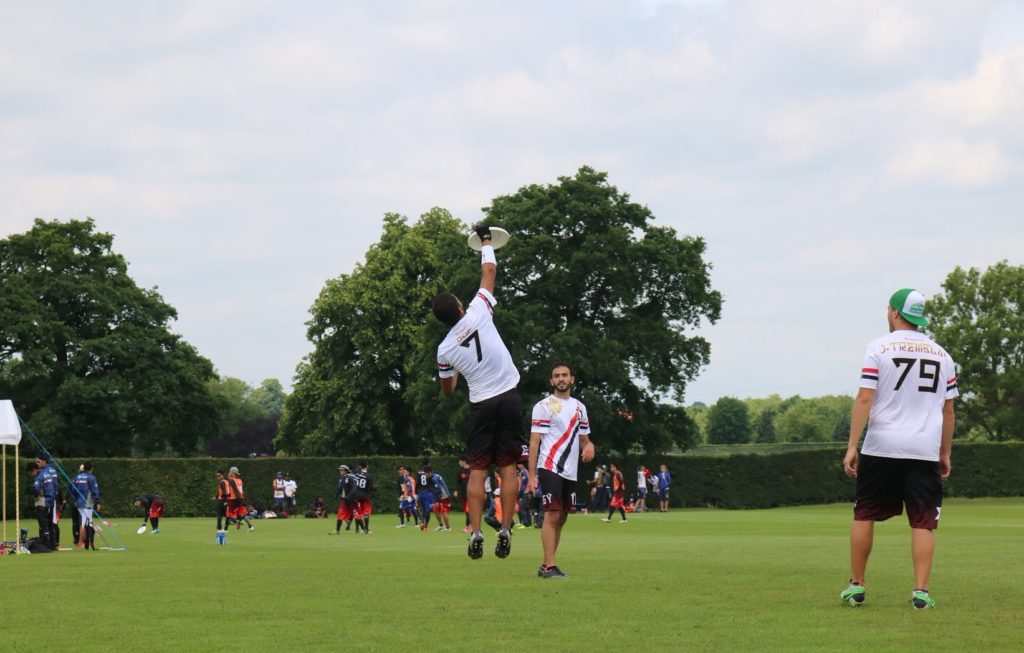 7. How can anyone reading this participate in the Ultimate Frisbee community or even give the sport a try?

I think now is a great time for anyone to start his/her ultimate career, as there are no barriers to entry. Everyone is welcome to give it a try, and with the expanding number of teams and the help of experienced players, there is always room for anyone to become an Ultimate Frisbee player.

8. Finally, how do you see the future of Ultimate Frisbee globally?

Ultimate Frisbee as a sport has been recognized in 2015 by the Olympic committee, and there’s a good chance that the bid for the 2024 Olympics to be accepted. It will give “Ultimate” a huge boost in the whole world if it becomes an Olympic sport.