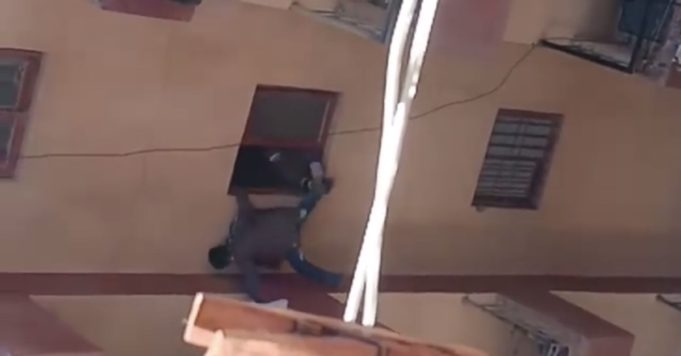 On Friday, January 25th, a video showing a cruel unstable mother pushing her son, Osama (13), from a small window in a building to the balcony of an apartment in the third floor, went viral on all social media platforms.

The video showed the horrible scene of the “mother” screaming at her child, urging him to go fetch their apartment keys that he appears to have forgotten inside, locking them out.

Instead of getting someone to break the door and let them in, the woman decided to put her son’s life in danger.

The heartbreaking story tightens as we hear the intense screams and sobs of the child who was, needless to say, terrified. And what’s even more frightening was the mother’s reaction; she was still forcefully pushing him and shouting like all of this was his fault.

As you’ve probably seen in the video, there were a couple of times when the child was going to actually fall.

And falling off this height meant that he most certainly was going to either wind up dead or paralyzed for the rest of his life. Unbelievable!

It’s worth mentioning that during the horrific scene, we could hear the neighbors in the video warning her, while she was ignoring them.

But it’s also a bit confusing and strange that no one interfered; and that in a blink of an eye, the child could’ve ended up dead while everyone was watching.

With that being said, some of those who questioned the exact same thing explained that it may have been even more dangerous, should anyone interfere. 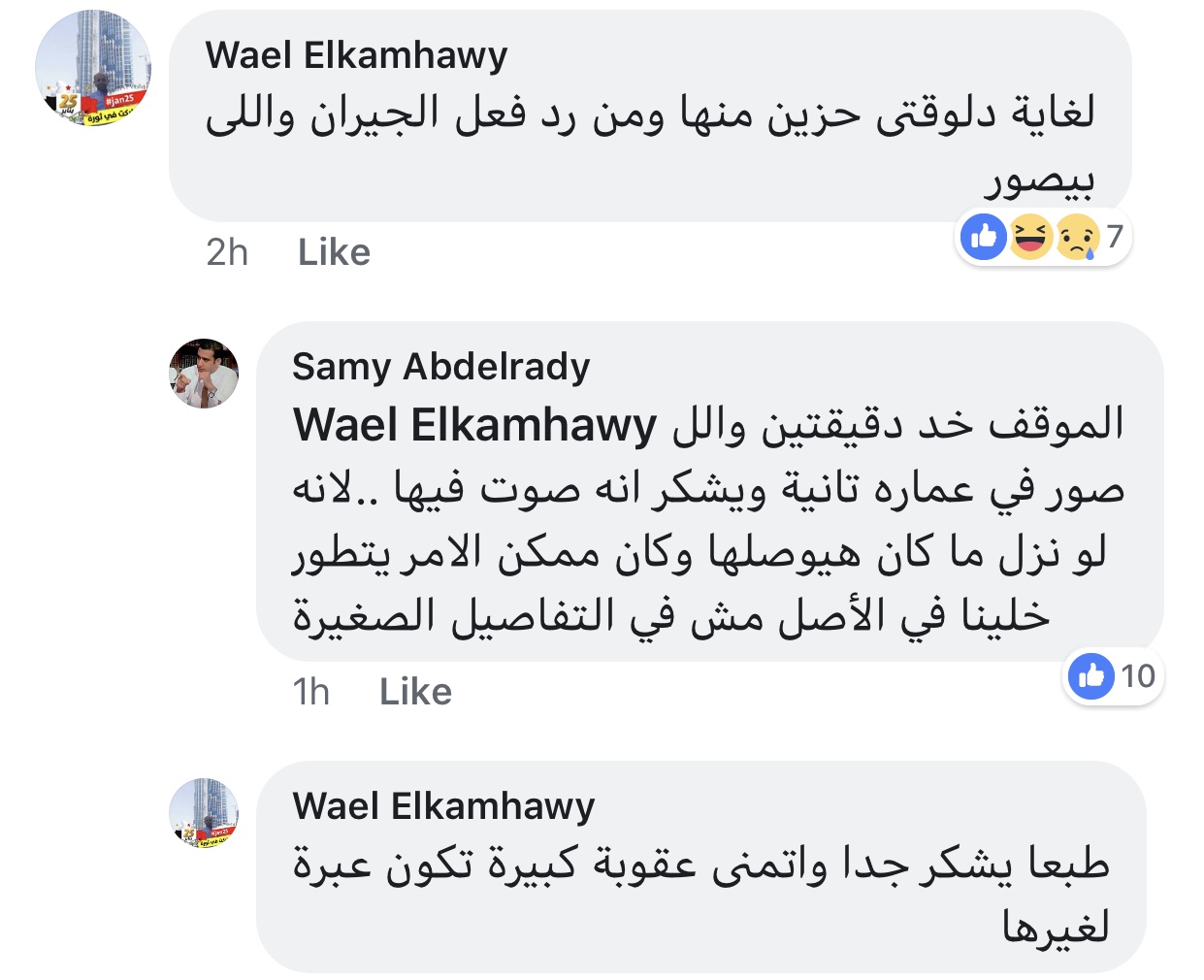 Everyone who encountered this horrific video on social media expressed their anger and disbelief.

Most importantly, the National Council of Childhood and Motherhood (NCCM) filed a report to the general prosecutor against the woman for putting her kid’s life in danger.

As a result of NCCM’s response, some sources confirmed that the mother has already been arrested by police forces and that the incident is currently under investigation.

The initial reports indicate that she might face up to 6 months in prison in addition to a financial penalty, with the decision to send the child to an orphanage.

On a side note, as the video went viral, many social media users speculated that the woman is the child’s stepmother, not his biological mother. 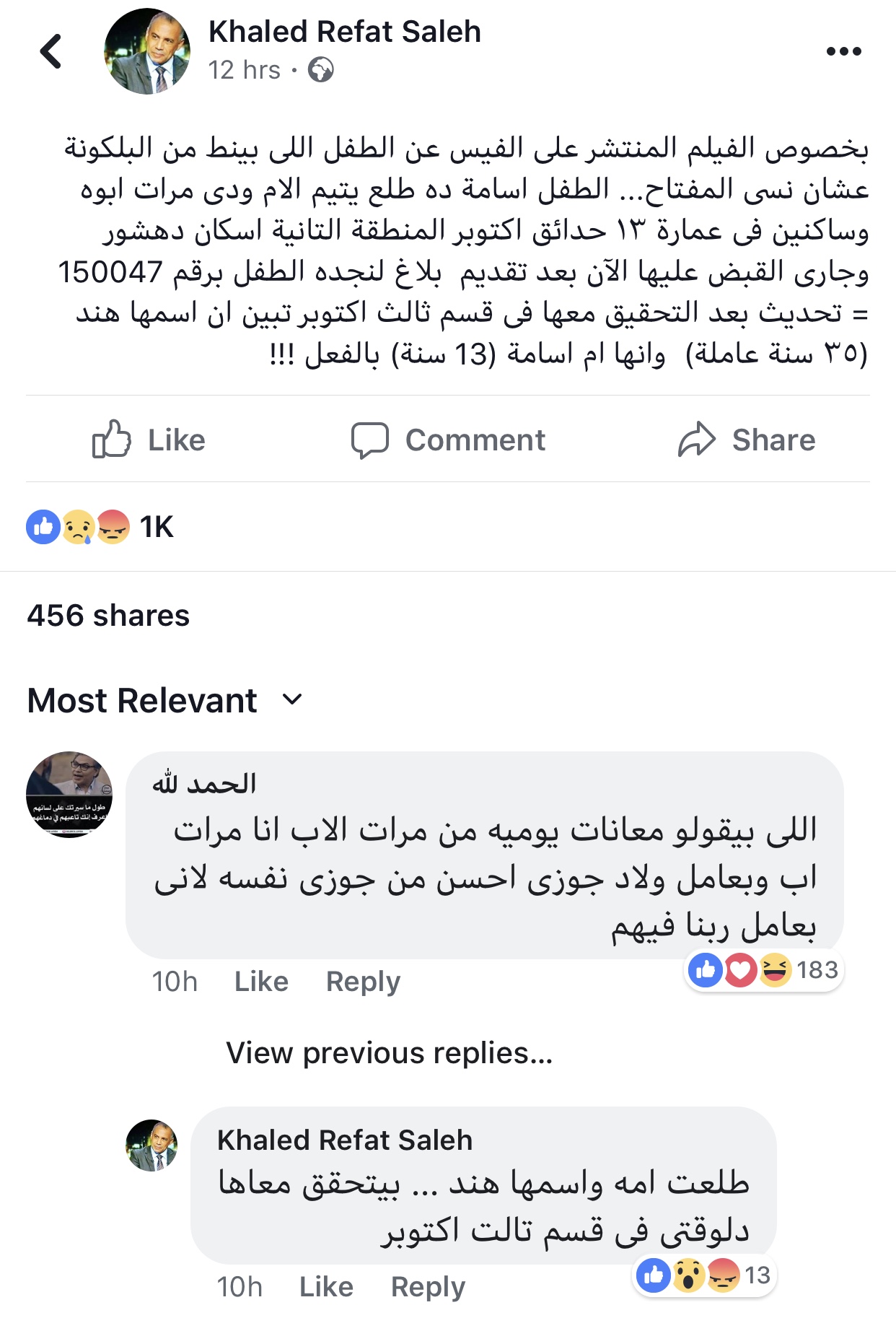 However, it turned out that these were just rumors and that the reality is that the cruel person is, in fact, the poor child’s mom.

Whether this woman is the child’s mother or stepmother; nothing could ever justify the horrendous crime she committed. Even 6 months are nowhere near enough to punish this person. Also, what about the poor child? How is placing him in an orphanage the solution? This is absurd! Don’t you guys think?

Upon the General Prosecutor decision, the mother, Hend El Rouby (35) has been released with a guarantee of place of residence. She reportedly also signed a restraining order.

Additionally, Hend said in the prosecution that the whole thing was suggested by the son, Osama in order to open the apartment’s door.

It has also been reported that the 13-year-old kept crying for authorities to let her go, saying that she has never laid her hands on him or his three brothers. And also, of course, not wanting to end up in an orphanage.

It’s worth mentioning that Osama has been directly handed to his father, who was absent during the incident and defended the mother throughout the investigations.

After her release, Hend appeared on DMC Channel to talk about everything that happened prior to the horrific incident as well as the aftermath.

She confessed to her wrongs, however, she also mentioned that she did the same exact thing with his younger brother for the same reason. We honestly don’t know how such thing went unnoticed!

It’s true that the kid ending up in an orphanage is the worst thing that could happen to someone who’s already emotionally traumatized right now, but letting his mother go is STILL not fair by any means! What would guarantee that this won’t occur again with him or his brothers? What if he ends up dead next time?