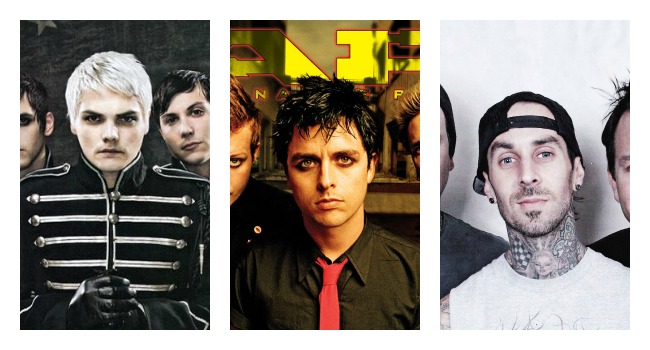 We’ve all been through a phase in middle or high school when we started listening to Punk and Alternative rock. It was becoming so popular and common in Egypt and was always affiliated with being “the cool kid who listens to cool music”.

We decided, at Identity, to put together a list of the most famous bands we were obsessed with during our teenage years along with their biggest hits back then.

For those of you who are wondering whether these bands are still making music or not, we will be answering your question.

My Chemical Romance split in 2013 and stopped producing music.

Green Day are expected to release a come back album this year.

The American rock band hasn’t released any albums since 2010.

Blink 182 are supposed to release an album this year.

The Canadian band launched a campaign in July for their comeback album.

All American Rejects haven’t split, but they haven’t released any albums since 2012.

The American pop punk/alternative rock band’s last album was in 2014.

The English virtual band’s last album was in 2011, but they’re expected to release their comeback album this year.

Linkin Park are still producing music, their last album was in 2014.

The Canadian band’s last album was in 2011

The band got released from their record label and became independent artists in 2014; their last album was in 2011.

The American rock band didn’t split; their last album was released in 2013.