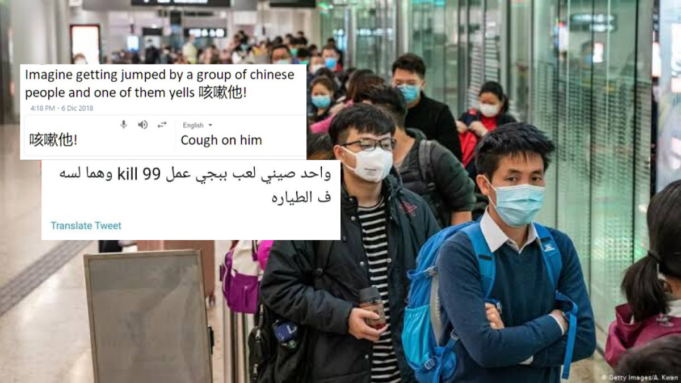 If you’ve been on social media or have seen the news this past month, you’ll know that there has been a pandemic Corona virus outbreak, spreading from China. We know a tragedy like this isn’t something to be taken lightly but with jokes spreading around, it kind of is.

We’re aware you might say it’s not our place to tell people how to cope, but there’s something else that needs addressing here.

We need to address the surprisingly blatant racism to Chinese people that has accompanied the virus outbreak. Bluntly speaking, we need people to stop it.

Don’t believe us when we say the racism has been spiking up already? Well, take a look at literally any social media platform. Take a look at the news — it’s all there.

All of these reactions, whether they be memes and jokes or actual actions to ‘help’ rather than hinder, are all in all demeaning and discriminatory.

Jokes like these make it seem like making fun of a disease from which thousands are suffering is okay, when it’s very clearly not. And processes like checking and frisking Chinese people don’t make sense, especially if they’re residents who have likely not visited home in a while.

You may say right now that we’re just being cautious and taking drastic measures to avoid the virus, but here’s the thing — there’s a difference between being safe and being a racist.

Still unsure of what we’re saying? Okay, let’s follow the oldest trick in the book and put ourselves in their shoes.

Had the Corona virus broke out of our country, would we have appreciated jokes at our habits and traditions, jokes about the deaths in our country?

If you say you wouldn’t mind it, you’re lying. Plain and simple.

No one would like disrespect or like people crossing the road when they see them because they think they’re a walking virus. And no one would certainly like people condemning their country to tragedy because “they deserve it“.

We need to also remember that some of the things we spread around, under the guise of fear, end up adding to false information.

We don’t know who started this trend but someone certainly thought that the non-mainstream Chinese food is the reason there’s a virus in the first place.

This is an issue because, well, it’s not the reason the virus spread in the first place. According to many reports, Corona spread because of a medicine-creation lab mishap.

Another way of spreading false narratives we should drop is only focusing on the negatives and acting like Corona is a death sentence because that only leads to more chaos, more fear, and less hope.

We can try focusing on the fact that 103 Corona virus patients from Wuhan, the city the virus broke out of, are now well and treated.

Chinese people are already bearing the brunt of it. Adding racism to the mix only makes things worse.