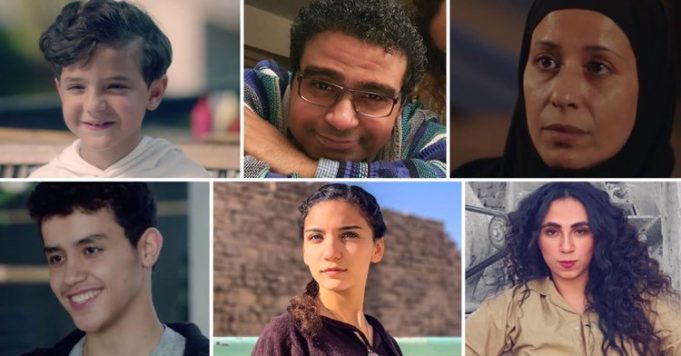 One of our all-time-favorite Ramadan rituals is following up on the fresh new talents and faces we get to see blossom in the Ramadan marathon. And Ramadan 2020, sure blessed us with a handful!

Did you all know that young man playing Ahmed Dawood’s son in “La’bet El Nesyan” is actually Ahmed Malek’s younger brother? Apparently, the Malek family is one gift that keeps on giving!

This one is not exactly a rising star; he’s more of a rediscovered one. Hosny Sheta has been on the scene from the early 2000s with roles in “Badal Fa’ed”, “Ebn El Qonsol”, “Msh Friends” and “Ehky Ya Shahrazad” and this Ramadan he appears in not one but two shows! Sokar Zyada and Layaleena 80.

Remember the cute little girl from El Esseliy’s Tarraram? She’s all grown up now and she’s the young lady (Reynad) in El Nehaya series. Don’t we all just love that comeback?

We first got a glimpse of her in the popular series Sabe’a Gar a few years back. Now, Hadil Hassan is back with a bigger role and we’re just glad we got to see more of her fresh and heartfelt talent. Kudos to her for her role as Nadine in La’bet El Nesyan 2020!

Although Donia Maher is not exactly new to the entertainment scene, we feel like we’re seeing her for the first time as (Naglaa’) in Be 100 Wesh. Who knew that one actress that stuck in our memory ever since her “Segn El Nessa” role would take Ramadan by storm?

And the award for best actor-juniors edition goes to? YAYA, of course! This cute little munchkin playing Dina El Sherbiny’s son in “La’bet El Nesyan” sure knows his lines and all!

When it comes to comedy, Islam has always been a force to be reckoned with. But this Ramadan we got to see him put his pure talent into acting as (Hamada) in Be 100 Wesh and, seriously, it might be the best thing to come out of Ramadan 2020!

Who didn’t like Zizo El Tayyar from Be 100 Wesh? Hassan Abou El-Rous’s appearance was light and significant and we can’t wait to see more of him in the near future!

This is one filmmaker that we’re super glad to have in front of the camera lens. Ghareeb did an amazing job as (Radwa) and, honestly, where have you been all our lives?

There you go, guys. Our annual rising-stars list! Let us know who’s your favorite and if you have anyone else in mind you’d like to add.