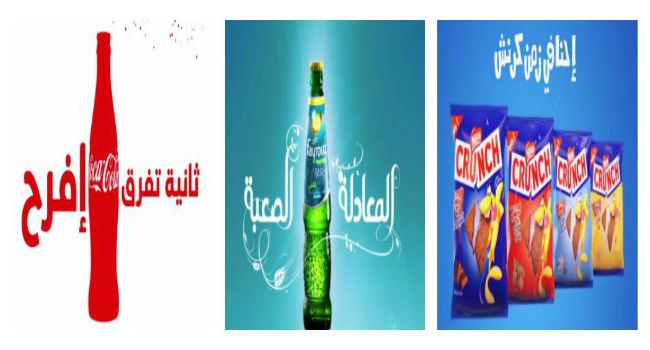 This year’s commercials had everyone talking about them. It really is the time of year for advertisers to shine and put on their best show. We asked a lot of people about their favorite ads and collected them in one convenient spot for everyone to enjoy. Here are some of the favourite commercials from this year’s Ramadan.

Coca Cola had a brilliant campaign this year that was very out of the box. Everyone was wondering in the first half of Ramadan where the famous soda brand’s ads were, and then they surprised everyone with the initiative of actually not spending money on TV air time but instead help develop poor cities in Egypt. This was in response to how people were criticizing other corporations for spending a lot of money on commercials that are usually followed by other commercials showing how poor a lot of people are and are actually in need for help. Hats off Coca Cola! The message of the ads was also meaningful. The whole concept of Coca Cola’s ads – that were only digital – is about waiting for “an extra second” before judging anyone, because chances are you’ll be wrong if you judged someone too fast. They chose the hashtag El Thania Betefre2 (a second matters) to get people involved too. Anyone could post a picture with raising their index finger on Instagram, and for every posted photo Coca Cola donated one pound.

It’s so real and magnifies the communication problems between men and women; basically everyone can relate. And the way they related it to “El fakha wel she3eer” and how complicated it is to blend these two things together gave a very clever outcome.

Their ads this year were very straight to the point and solved an issue that lots of people have. After all, who doesn’t go to a specific hair dresser by name at a well known salon even though he is not the owner?

This is the one that had everyone cracking up. It’s simply hilarious and it stuck with everyone. You often hear now “de7lab..de7lab” or “bata be ras otta.” Yes, they might have focused a little bit more on “sketchaizer” instead of the product name itself but soon released another ad that focused more on Crunch.

It was everyone’s favorite. It stressed on an annoying habit that every single Egyptian gets irritated from but somehow still does it on daily basis. Very easy to relate to.

The whole series is very creative and straight to the point while keeping it funny.

The idea of #fa3el Kheir is a great initiative, as well as the idea of starting it even before Ramadan and getting everyone wondering about who’s behind the good things happening in the street. The song is nice too. We would have ranked it higher, however, it’s the third or even fourth year in a row to make the same concept -a 10-minute song- perhaps they should consider changing this next year.

Very creative and plays on the emotional side of people, especially the one about the pianist who gets offended by the maestro while he is waving at him.

People loved it because they got to see of the actors that they really like with their families and the song was nice too. Also, “kowetak fe 3eiltak” is a nice slogan too.

It’s influential, emotional, creative and you don’t get bored watching it. Being for charity is definitely a plus.

With so many great ones this year, it’s hard to choose, but which one was your favorite?