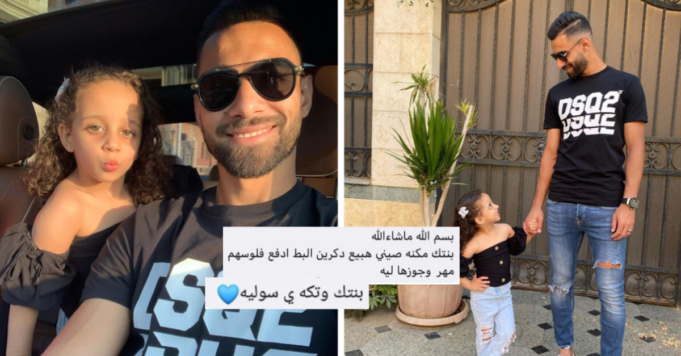 Most people reading this right now might be like “Sexual harassment, again?“. Well, yes, again. And if you’re sick of reading about it, then imagine how tired we are – having to not only try to raise awareness but also experience the situation on a daily basis.

It’s not about feminism, it’s about morals and humanity. And as negative as the current societal sentiments are in light of the recent events, we shouldn’t turn a blind eye to one huge positive outcome.

People will no longer remain silent. They will no longer act as bystanders or ignore actions that need to be called out or criminals who need to face the consequences of their wrongdoings.

Ever since Egyptian actor Sherif Mounir came forward and called out the sexual harassers who assaulted his teenage daughters in his Instagram comments, things have actually been changing.

Moving to the Ahmed Bassam Zaki case that sparked an unprecedented women-led anti-sexual harassment movement which is currently changing the Egyptian society and amending the Egyptian law.

Right now, it seems that a lot of men and women, specifically Egyptian celebrities and public figures, have made it their mission to call out hate and harassment under any circumstances and actually take legal action.

A very recent example is how Al-Ahly player Amr El-Soulia has publicly called out a couple of sexual predators who have decided to verbally harass his 3-year-old daughter in his Instagram comments. Yes, you read it correctly, she’s THREE years old.

Yet, a bunch of lame excuses of men have decided to sexualize her because she was wearing “revealing” clothes that, according to them, go against “our” morals under, of course, the name of religion. Needless to say, we’re basically talking pedophilia here.

Not only Soulia but also Egyptian actress Rania Youssef, who has been a huge supporter of the movement ever since it was initiated, she too has made it her mission to expose the names, photos and harassment comments that regularly flood her direct messages.

Not to mention actor Abbas Abo El-Hassan who has been uncovering a major scandal about a renowned doctor who’s been sexually harassing men for years.

Do you see the pattern here? Can you feel the change? We most certainly do!

The movement that was and still is the talk of the town, is ending taboos, raising red flags, starting the so-called controversial conversations, and basically shedding a light on the HUGE problem we’ve been ignoring for decades in Egypt. Sexual harassment and its derivatives.

And by derivatives, we mean here pedophilia, misogyny, rape culture, victim-blaming, and so much more.

Publicly exposing harassers by social media users and celebrities alike, in addition to the media attention that thankfully added to the fire and eventually led to an actual law amendment to protect the victims, will make the sick minds that won’t abide to the good change we’re witnessing at least fear the consequences from now on.