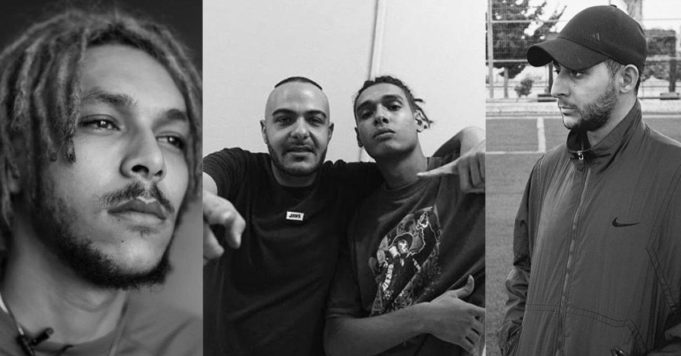 Whether you like it or hate it, trap is here to stay. But what is trap music to begin with?

Trap, a sub-genre of hip-hop and specifically rap, originated in the United States but has been raiding the Egyptian music scene for a couple of years now.

So, if you’re a fan or curious to know what all the hype is about, we’ve collected the biggest trap hits of the year for you!

Abyusif is probably the oldest and the most known rapper in the Egyptian scene. His latest drop “Basha E3temed” has earned him a place among his fellow trappers and meme-makers!

For everyone saying that trap is nonsense, have you heard of Shabjdeed? A Palestinian artist who managed to rap about living under the Israeli occupation without coming off as too cliche or overdone!

Honorable mention: Throwback to early in the year when Abyusif dropped his coolest collaboration with the late Shabaan Abul Reheem and it was groundbreaking!

Okay. Hands down, the biggest trap hit of them all. If you haven’t willingly listened to it, you probably heard your friends jamming to “El Gemeza” at some point this year!

Bazet? Bazet khales? Yet another hit of 2019. Lyrics wise, this one’s our favorite. Especially because of the numerous metaphors and EL Nazer movie reference!

It’s been a good year for Wegz. “Keda Keda” was another song to go viral in no time. What we like more than his catchy lyrics and his wordplay is how laid-back and off guard the music videos turn out to be.

Do you guys remember the beef between Shahyn and Abyusif from a couple of months ago? We don’t really know if it was real or yet another publicity stunt, but we’re just glad it gave birth to this track!

We realize that each and every artist on the list made many more tracks, but we chose the ones everyone agreed to be a huge success in 2019. So, did we get this right?