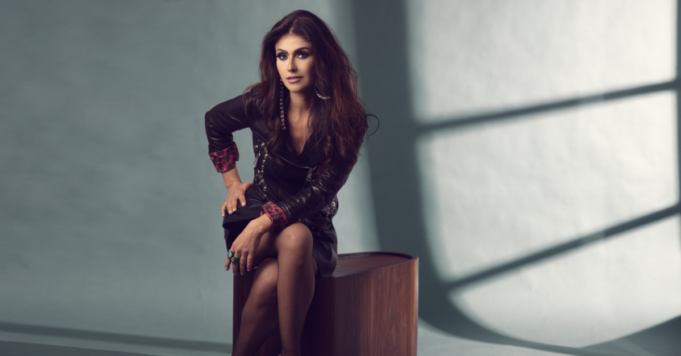 From the minute we saw her in El Nazer, Basma managed to catch the audience’s eyes and capture their hearts, laying the foundation for a successful and exceptional career! Rasa’el El Bahr, Wahed Sahih, Lelit Sokout Baghdad, Zay El Naharda and many more movies and TV series can testify to what a remarkably talented actress she is.

With the recent release of her new movie Leil Kharegy, we had to meet up with Basma to have a chit chat and hear all about the new movie, her absence from the big screen and her comeback, her joining the American political drama television series Tyrant, and of course get a sneak peek into her newest projects.

How did your career kick off? 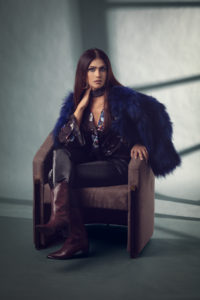 Yousry Nasrallah is a family friend, and while I was still in college and he was preparing for his movie El Madina, his assistant called me to tell me that Nasrallah wanted to see me. I went to meet him; he wanted me to take part in his movie. He did a camera test for me, and he liked my acting and that’s how I got my first role! After graduating, I auditioned for the Nile Television Network test, and I got accepted. I worked as a TV presenter in the Nile Variety channel. Shorty after that I got my second role in El Nazer, with the late Alaa Waley El Din. Things started from there.

Each time the criteria are different. Usually, I try to pick roles that have different aspects from my previous characters, but then again sometimes the desire to work with a certain director can take over me, that I can accept not the greatest of roles just for the sake of working with this director and gaining the experience. Moreover, sometimes if I haven’t worked for a period of time, I will be hungry for work, so I will take whatever challenge that comes my way.

What is your favourite role so far? 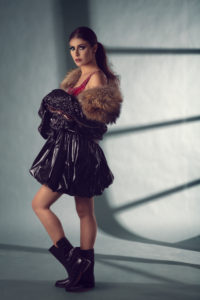 There are many, but if I have to pick I will go with Noura in Rasa’el El Bahr, Rahma in Keset Hob and Nadine in Wahed Sahih.

How do you view the period when you were absent  from the scene? Do you consider it time off, adjusting to your new life in the US, or maybe quality time with your daughter?

It was kind of a combination of all that. After I gave birth to my daughter, Nadia, I joined very few projects. Shorty after that we were faced with a family circumstance; my husband (Amr Hamzawy) was relocated to the United States and we had to move there. I benefited from this period and joined a workshop at the New York Film Academy where I learnt a lot. Now, we switched., Nadia and I are staying in Egypt, and we travel to see Amr and vice versa.

How did you join Tyrant TV series? 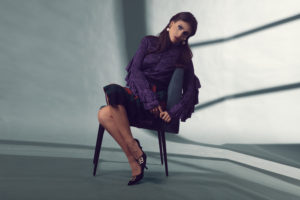 It was by pure coincidence. My husband was going to give a lecture in LA, and I was to attend it. The organizers asked him what my interests were, and he told them that I am an actress, so they said they would see who to invite that was working in this field and at the same time would be interested to attend the lecture. They invited one of the executive producers of Tyrant and I ended up not attending the lecture because my daughter wasn’t feeling well. A few days later I emailed him to apologize for not showing up, and told him that I would have loved to meet him. We kept emailing each another for a while until he told me that they were working on a project and that they might have a role to offer me. It was beyond any doubts great news! I went to  meet him and the other executive producer who is also the Head Writer of the writing workshop. Later, I met the casting director, and this is how it happened.

Did you find working abroad different from working in Egypt?

I used to draw comparisons all the time. Technique wise we are not that different, especially when it comes to the drama genre. The difference is their organizational capabilities. They can literally plan every minute in any project. For instance, we started our negotiations for Tyrant in November, and in December they told that I would be traveling to Budapest to start getting ready for the shooting by March 28. They stated that of course they weren’t giving me an accurate date, but I ended up traveling on March 28 to Budapest. That was their version of a ‘not so accurate’ schedule. Needless to say that working in such an organized environment helps you organize your life better, also what we would shoot here in 18 hours they can shoot in 10 hours due to their exceptional organizing skills. But again, directing, performances, lights, angles…we are not that much different.

Tell us more about your role in your newest movie “Leil Kharegy”. 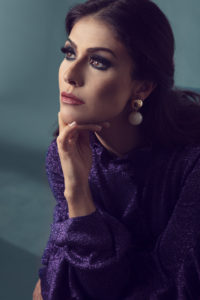 When me, Amr and our daughter Nadia took the decision that Nadia and I will be based in Egypt, and will be travelling to see Amr every now and then, as soon as I arrived in Cairo, I received a phone call from a friend, telling me that director Ahmed Abdallah was looking for me. He was shooting a new movie, and wanted me for a role. I got very excited, because as I mentioned before it’s not all about the role, I had wanted so much to work with Ahmed Abdallah in his movie Heliopolis, but many obstacles came in the way of that happening. Since then, I followed his work, and wanted to collaborate with him in a project. So we met later on and talked about Leil Kharegy; I was in love with the way he was executing the project and his passion for it. The role is different from anything I played before; for instance it’s the first time for me to appear on screen without an ounce of makeup on, or have my hair styled, it made the acting experience very challenging and yet interesting for me. Furthermore, the features of this character have no resemblance with any of my previous characters, which excited me even more to play it.

You mentioned that coming back to Egypt was a mutual decision between you, your husband and your daughter; do you involve your daughter in your decisions?

Yes, we do. She is still too young to make actual decisions, but we love to make her feel involved as much as we can.

Do you have a preference between cinema and TV? 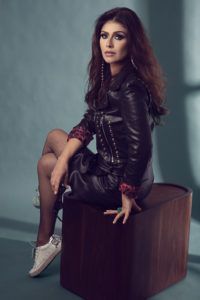 Each one has its own beauty. Cinema is more long lasting for sure, if you were to choose between watching a ten year old movie or a ten year old TV series, most likely you will choose the movie. Yet every medium has its advantages and its drawbacks. For instance, when you’re shooting a TV series you benefit from the fact that the shooting isn’t too compressed. While movies get shot in an average of 4 to 5 weeks, series usually get shot in about 15 weeks, or maybe more, which gives you the space to work with ease. If I happen to be sick while shooting a scene in a series, I know I can make it up tomorrow, but this isn’t the case in movies because of the tight schedule. On the other hand, sometimes the way series and movies get shot is different. In series they shoot scene by scene, but in movies it’s shot by shot, and this weighs in favor of movies in my opinion, because it gives you the chance to focus on each sentence you say, and give it your best performance. But in series, you shoot an undivided scene; you must perform it as a whole, so you won’t be able to give each line its due. Yet again, shooting scene by scene gives you the benefit of enjoying the flow of the scene as a whole…I can’t really say which one I prefer, I simply love acting.

When will your upcoming movie “Ras El Sana” come out?

All being well, it will come out by the end of January 2019 or the beginning of February.

What advice would you like to give to aspiring actors and actresses? 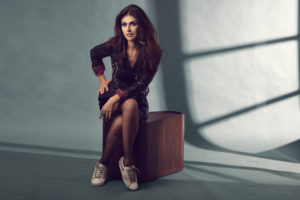 There is an independent movie called “Be’ilm El Wosoul”, written and directed by Hesham Sakr. We are done with the shooting, and it is now in the post production phase. We have big hopes for this movie to participate in important festivals. 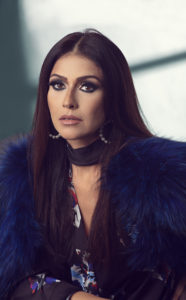 There is also another project but I can’t say much about it yet. I hope it meets our expectations when it’s finished. All I can say for now is that it’s an experience that hasn’t been frequently done in our cinema, one that’s technically so different.

We thank Basma for the lovely interview, and wish her the best in her up coming projects!