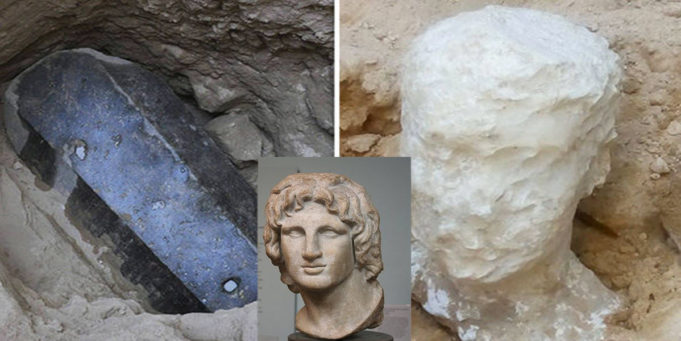 The world might be on the verge of witnessing the most groundbreaking antiquity find of the century, in EGYPT! 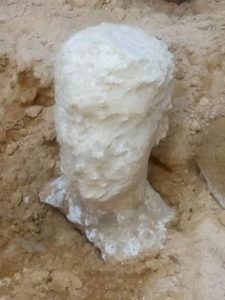 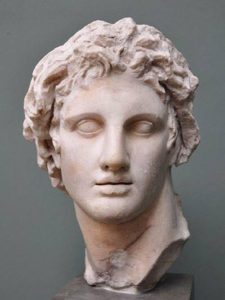 On July 1st, a massive black Sarcophagus made of granite, was unearthed in Alexandria, during the construction of a new building.

According to Dr. Ayman Ashmawy, the Head of Ancient Egyptian Artifacts at the Egyptian Ministry of Antiquities, the Sarcophagus was found 5 meters deep, in Sidi Gaber, along with a man’s carved alabaster.

Dr. Ashmawy also pinpointed that it’s difficult to open and investigate the Sarcophagus at the time being, because it will require a lot of work, as they will need to be very careful, considering the fact that they don’t know what’s inside it.

Speculations are moving around the coffin belonging to Alexander the Great, whose final resting place has been a huge mystery for thousands of years now.

According to Dr. Mostafa Waziry, Secretary General of the Supreme Council of Antiquities, this is supposed to be the largest ancient coffin yet to be discovered in Alexandria.

It’s 9 foot long, and it’s said that ancient antiquities, in general, are rarely ever found in Alexandria.

Archaeologists believe that the granite Sarcophagus goes back to the Ptolemaic period, and that it has been used later in the years. The fact that it’s made of granite suggests that it could belong to a wealthy person.

That discovery is already giving people all over the world hopes of finally finding Alexander the Great’s tomb; over 140 attempts have already been made to try and solve this mind-blowing enigma.

Officials are reporting that we’re still waiting for heavy equipment and specialized engineers to be able to safely open it in order to solve that mystery once and for all!