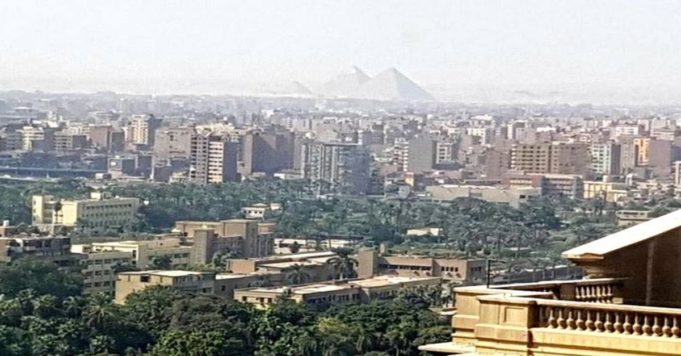 Okay so apparently the Pharaohs were not just a bunch of geniuses on every level, it seems like they also made sure we’d see their greatest creation, the pyramids, from ANYWHERE!

How? Well, hold on cause we’re about to present the mystery.

On Saturday November 3rd, an American tourist published a surreal picture of the Giza Pyramids. But that is definitely not the mystery. Josh Prowse took the photo from a balcony… in Alexandria! Can you even believe it?

You’re now definitely wondering ‘How the hell?’ Well, we have some scientific theories here for you:

The story is absolutely insane, but the picture is proof and we don’t even know what to think of it! 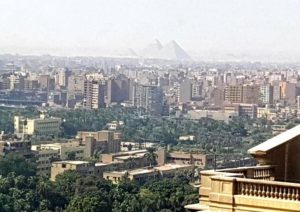 However, as bizarre as this whole thing is, some scientists allegedly had their different views on the phenomenon. Some believed in the possibility of a dust storm in Alexandria’s air being the reason. Meaning that dusty/sandy figures were created in the form of the pyramids and that is what the man saw. Prowse himself reportedly believes this theory/scientific explanation.

Another interesting theory involves the ‘Mirage Phenomenon’, or optical illusion, which is ‘the deceptive appearance of distant objects caused by the bending of light rays in layers of air of varying density’. Too much scientific content, right?

To make it easier, it basically means that the sunlight reflection with the air density could elevate or lift objects and make them seem way closer than they really are, that is also due to the earth’s curvature nature.

What do you think of this really strange phenomenon? Could it just be an optical illusion or is the photo photoshopped? Share your thoughts! Personally, we think it’s one of the great Pharaohs’ tricks. Like, what else could this be? We already know they can do anything!