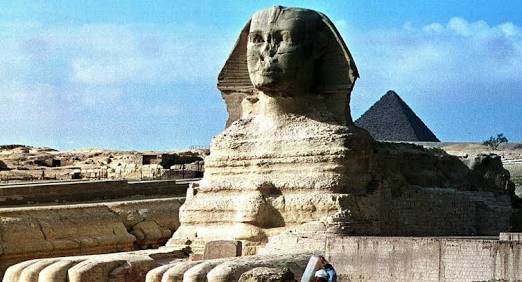 Dr Mohamed Abdel-Aziz, General Director of Upper Egypt Antiquities, announced on Saturday, August 4th that a statue with with the head of a human and the body of a lion was discovered on Al Kebash Road in Luxor; which connects both Al Karnak and Luxor temples.

Reports said that it looked just like the Sphinx (Abo El Hol) and that it might actually be another version. The statue was found during the construction and development work for the road, which is supposed to be completed by the end of this year.

Additionally, Khaled El Ananay – Minister of Antiquities – has invited the public to go see the new discovery, as he was checking the construction work going on in the area around the time the statue was discovered.

Dr. Mostafa Al Sagheer, Director General of the Antiquities of Karnak, and Al Kebash Road’s Project Supervisor, added that the new “Abo El Hol” statue hasn’t been moved since its discovery, and is being unearthed.