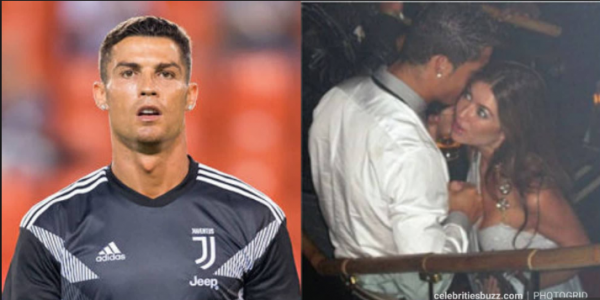 For the past couple of weeks, we’ve been hearing stories about an American woman, who’s accusing Juventus player Cristiano Ronaldo of raping her in Las Vegas back in June 2009.

The story initially resurfaced in 2017 after the German magazine ‘Der Spiegel’ published detailed and graphic reports of the allegations, but without the identity of the victim, which they later revealed in their latest story.

Additionally, Der Spiegel reported that the matter was settled outside of court through Ronaldo paying the woman $375,000 for her silence.

Furthermore, the former Real Madrid forward and his team of representatives were quick to deny the whole story as it began to spread, threatening to sue the magazine over the ‘false’ reports.

However, shortly after, the woman identified as Kathryn Mayorga, 34, finally came forward with the allegations just a couple of days ago, by officially filing a lawsuit against the Portuguese footballer.

In a related context, although Ronaldo’s team have denied the allegations several times now, the lawsuit allegedly states that he himself, has confessed to forcefully sleeping with the woman, even though she had said ‘no’ multiple times.

Until this moment, no further comments have been made by Mayorga nor her lawyer, even when reached by CNN. Meanwhile, Ronaldo’s lawyer Christian Schertz, released a statement addressing the serious accusations calling them ‘Blatantly illegal’.

“The reporting in SPIEGEL is blatantly illegal. It violates the personal rights of our client Cristiano Ronaldo in an exceptionally serious way. This is an inadmissible reporting of suspicions in the area of privacy. It would therefore already be unlawful to reproduce this reporting. We have been instructed to immediately assert all existing claims under press law against SPIEGEL, in particular, compensation for moral damages in an amount corresponding to the gravity of the infringement, which is probably one of the most serious violations of personal rights in recent years.”

Following the lawsuit allegations, the five times Ballon d’Or winner addressed the story during an Instagram live video on Friday, calling it ‘fake’ and stressing on the fact that they’re just using his name to get fame.

So, what do we make of this? Could the football superstar really turn out to be a rapist? Tell us what you think!