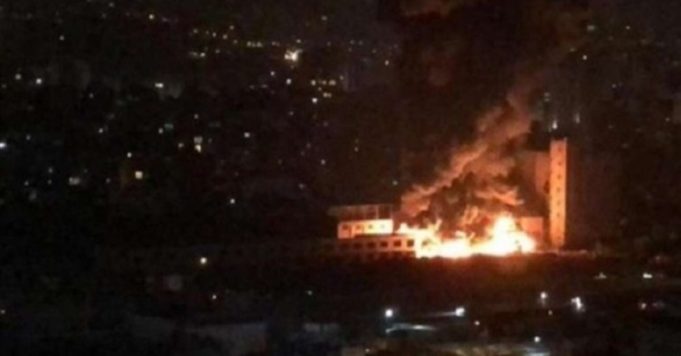 An explosive device has reportedly exploded around Al-Azraa church around 10 PM this evening Saturday, January 5th. The church is located in Ezbet El-Haganna, Nasr City, Cairo.

Sources confirmed that officer Mostafa Ebeid has been killed in the bombing, and another injured. Ebeid reportedly died while examining the explosive device, which later detonated in his hands in front of the church.

The explosive device has allegedly been found inside a bag that was placed on top of a building, right in front of the church.

It’s worth mentioning that the person who reported to the police the existence of the bag on top of the building was the nearby Al-Haq mosque imam.

Other explosive devices were also found around the church. All of them have reportedly been repealed and the whole area is currently being inspected. Specifically the area between the church and the mosque.

Furthermore, a military funeral will be held to honor the late officer Mostafa Ebeid.

This is an ongoing news piece; we’ll provide the updates as soon as we have them.