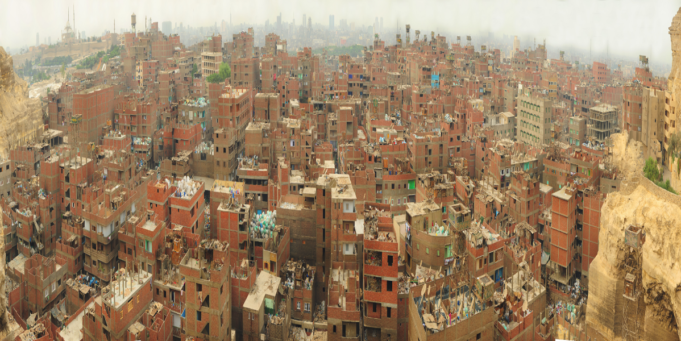 Thousands of Egyptian slum-dwellers suffer an inhumane sub-standard quality of life, but according to the Ministry of Housing, this is about to be over.

According to Egypttoday, the Ministry of Housing has succeeded in developing about 80% of Egypt’s slums. It has also declared that by the end of 2019, Egypt will be a slum-free country.

Mr. Khaled Siddiq, Executive Director of the Development Fund for Slums, explained that a 14 billion pound budget has been allocated to developing 80% of the 351 slums in Egypt over the past four years. He also declared that the remaining 20% are expected to be developed by the end of 2019.

According to Mr. Siddiq cities such as Port Said, Suez, Menoufia, and Wadi El-Gedid won’t have to wait till the end of 2019. He stated that 215,000 housing units are already being developed in these cities to make them slum-free by the end of 2018.

The Egyptian Government has also pledged to eliminate Egypt’s most dangerous slums and to re-house their residents by the end of 2018.

Case in point, two cooperation protocols have been signed on July 9th between Cairo governorate and the new Urban Communities Authority. The protocols in effect are to develop El-Mawardi area and Al-Sayeda Zeinab as a part of the development project of Tal Al-Aqareb area in Al-Sayeda Zeinab.

Deputy Housing Minister Assem El-Gazzar explained that Cairo governorate aims to restore Cairo’s image as Egypt’s capital. This will happen by evacuating several areas in the city to develop them and use them for different cultural and urban activities.

This all comes as a follow up to President Sisi’s promise in May 2016 to move all slum-dwellers to new flats over three years.

The Tahya Misr Fund, launched by President Sisi in 2014, has been working on a three-phase strategy to eliminate Egypt’s shantytowns and re-house slum residents, including those living in Establ Antar, Ezbet Khair Allah and Doueyka. The Tahya Misr project provides 15,000 housing unit to accommodate 60,000 slum residents.

Could Egypt really become the slum-free sophisticated country we all dream of? Tell us what you guys think in the comments!