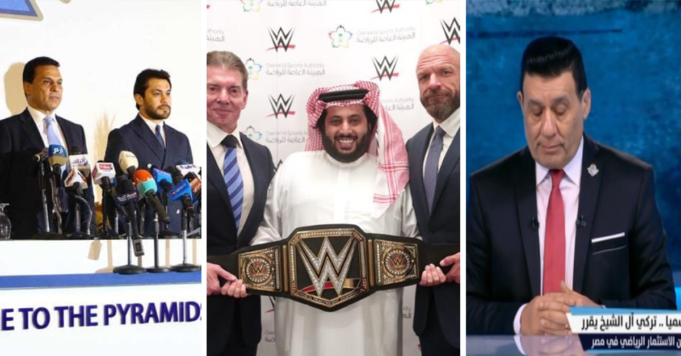 On September 24th, Saudi Arabian Minister of Youth and Sports, Torky Al Sheikh, posted on his official Facebook page that he’s seriously contemplating on going back on all the sports investments he’s been working on since he came to Egypt.

Al Sheikh explained that he’s been under a lot of scrutiny since it all started, and has recently been the victim of a series of unnecessary criticism from various parties.

His investments definitely include the newly formed Pyramids FC, which is currently taking part in the Egyptian Premier League, and is actually doing really well so far.

It’s worth mentioning that Pyramids FC now has its own TV channel, where many Egyptian footballing and sports figures including the likes of Ahmed Hossam Mido, Hossam and Ibrahim Hassan, and even former DMC Sports presenter Ibrahim Fayek are working.

Furthermore, Shalaby mentioned in his announcement that Al Sheikh is completely committed to the contracts of every single person who’s working in Pyramids FC or the TV channel.

Some other sources also reported that he already started the process of selling his mansion as well as Pyramids’ players.

What do y’all think? How will this affect football or sports in general in Egypt? Share your opinion with us!