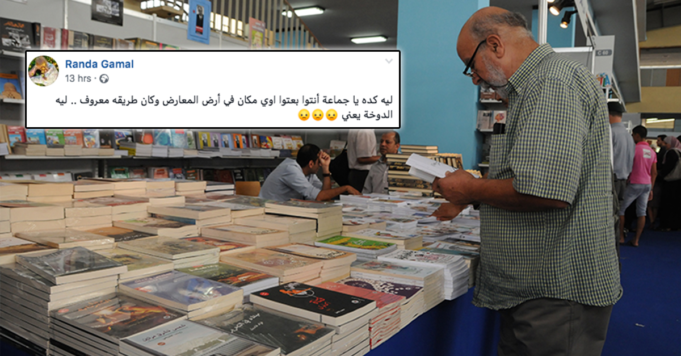 This year’s Cairo International Book Fair is approaching and all the bookworms are getting ready to hunt down their reading list for the year. However, this year, there will be something different about the book fair. 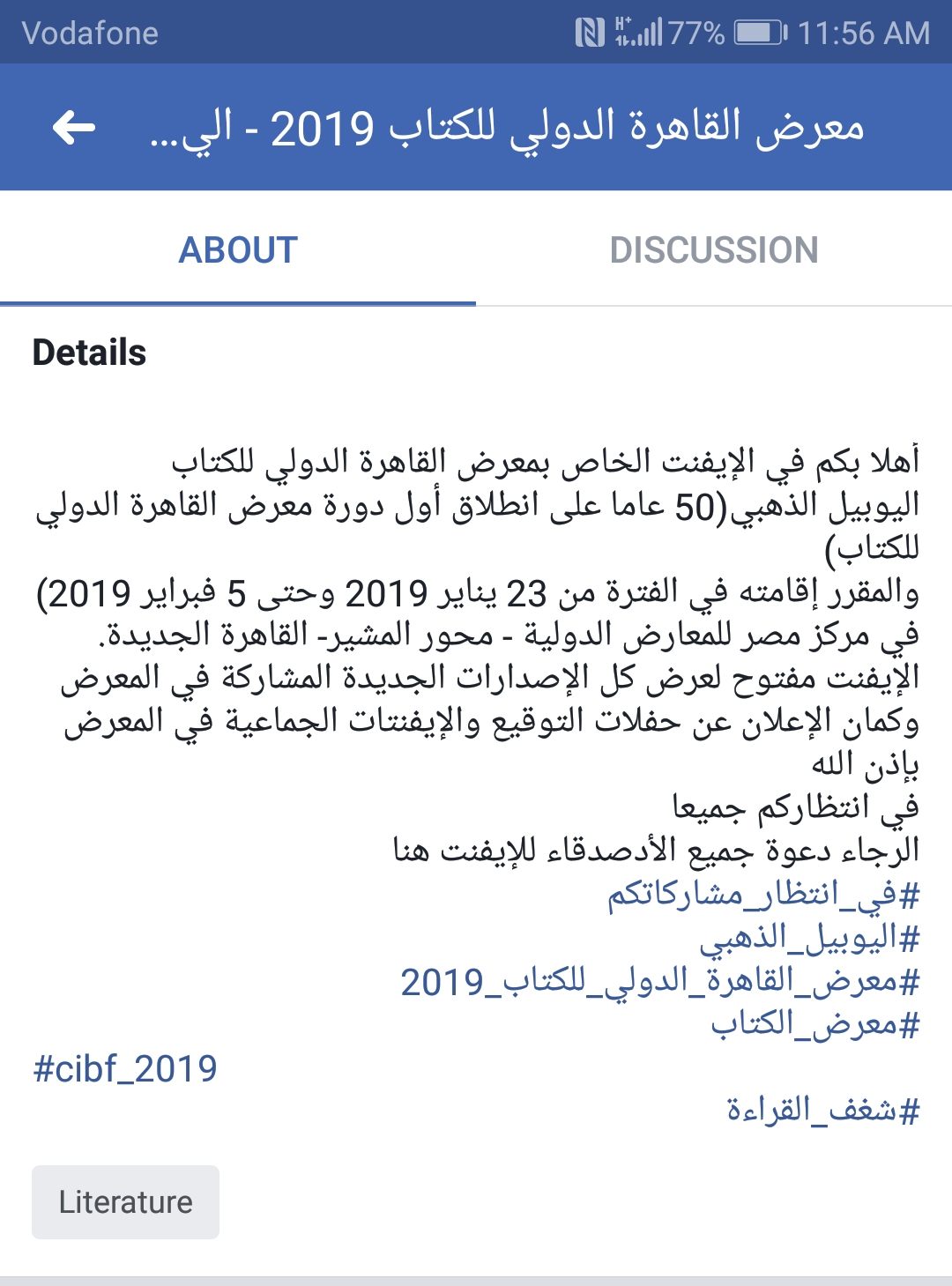 Although the new location is considerably not that much further from the old one, a lot of people started to panic and took to the fair’s Facebook Event Page to complain and object over this decision. 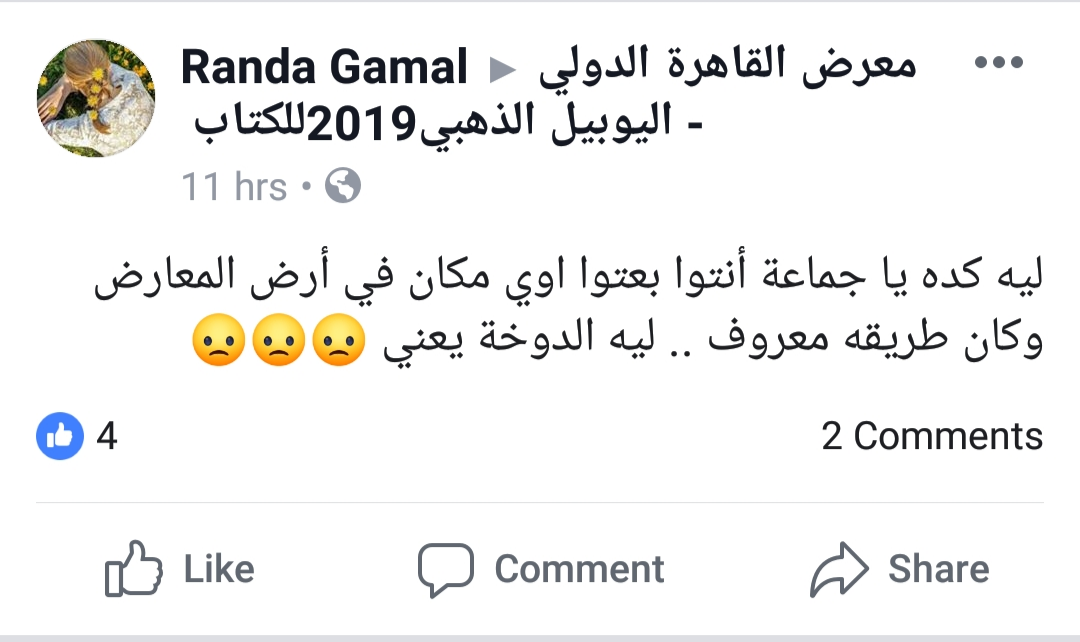 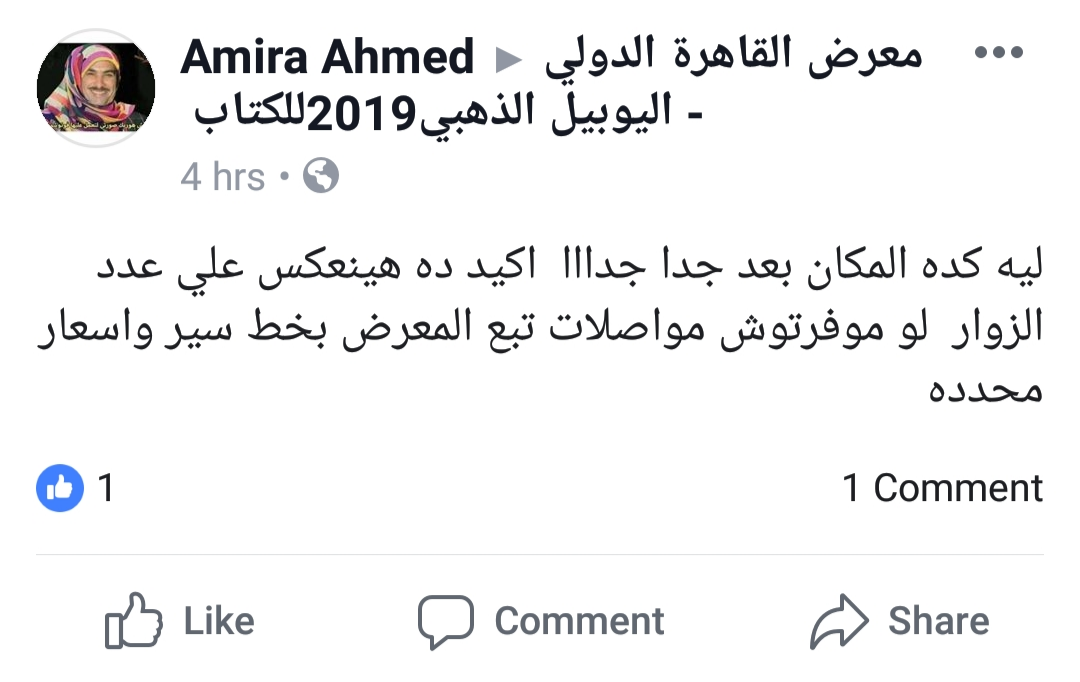 It went so far that some people started surveying whether they should go or not! 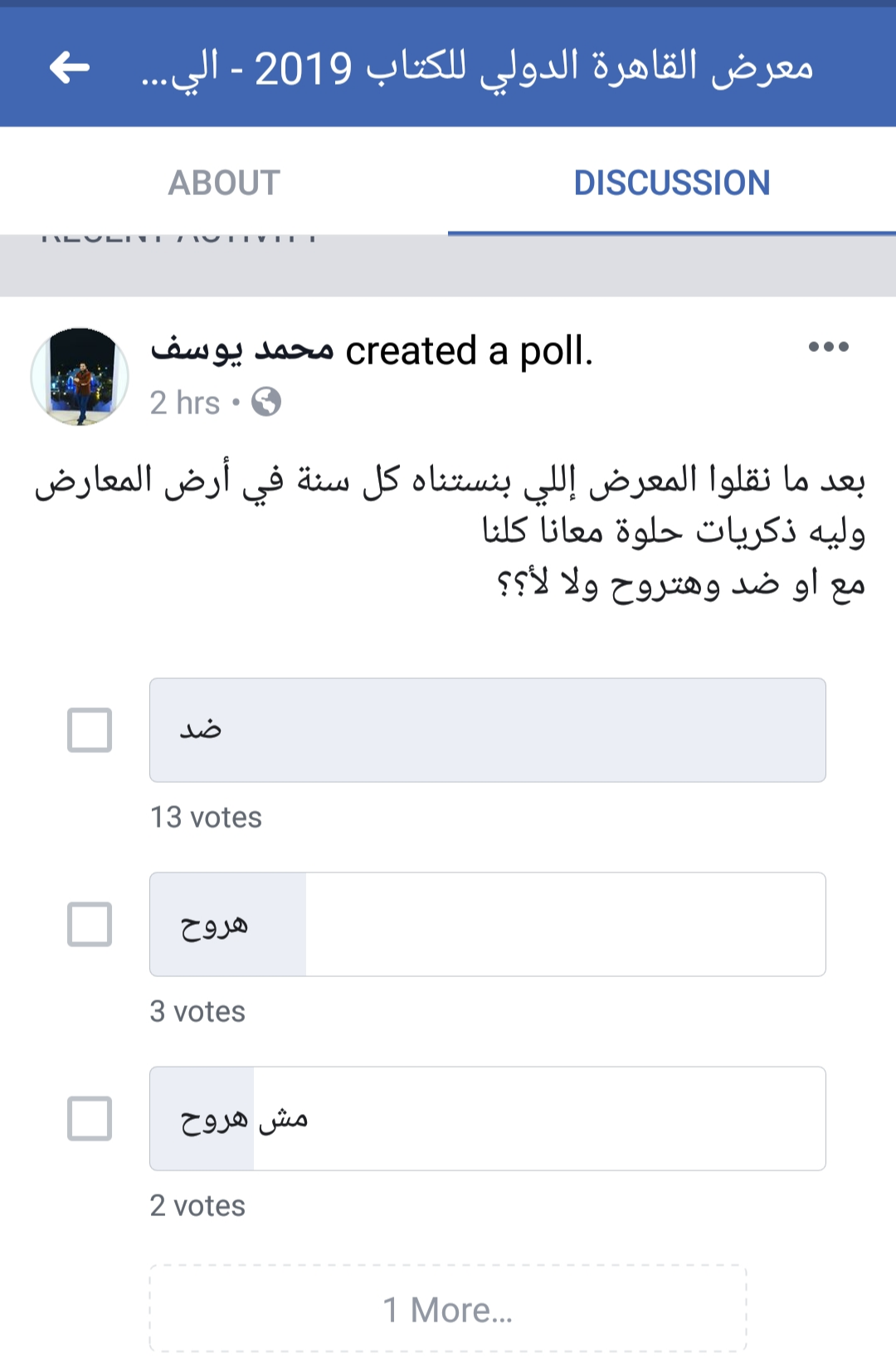 Apparently, the majority of people are against the move!

It is understandable of course since the old location in Nasr City is right next to Ard El Maared metro station. This, of course, made it more convenient to visitors.

However, the new location is not that far and is still accessible by other means of public transportation, such as buses.

It was also rumored that there will be new bus lines dedicated to transporting visitors to the new location. However, nothing has been confirmed yet regarding this manner.

As far as this new location might be for some people, there’s another way to look at it. Books are getting more expensive by the day, and the International Book Fair is your once-a-year chance to make your reading dreams come true without going broke. If you miss it, you might end up paying for this decision for the rest of the year. Like really paying, like A LOT!