Identity Magazine
Home Lifestyle Cairo is Having a Major Property Rental Issue, and We Need to...
Facebook
Twitter
Google+ 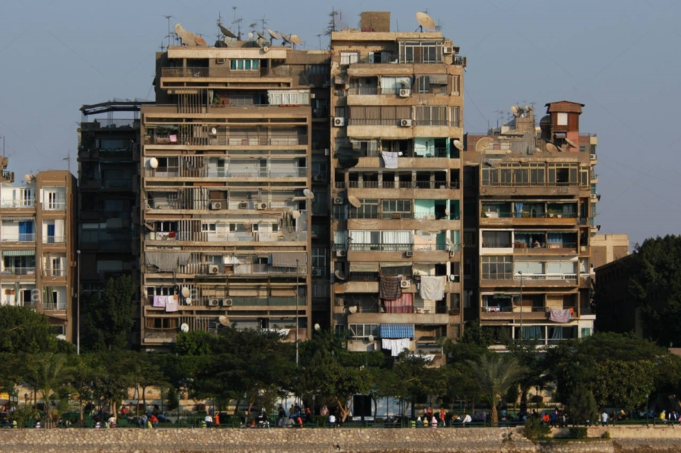 Cairo is a huge city; the true definition of a concrete jungle. With that said, there seems to be a major problem with the housing situation, especially when it comes to renting.

In the past, couples went for buying real estate to move into when they get married. But times are changing, and investing in real estate can be quite hard for millennials. Especially given the fact that marriage isn’t as a priority as it used to be.

Let us also not forget those who are moving to Cairo from other cities and countries. That’s why renting has become a better option for many.

In most cases, when the demand is higher, you’d find more flexible and competitive options. Not with renting, however. Whether you are looking for renting a place from a Facebook group, OLX, through a broker, or even roaming around the streets, you’ll still face the same issues.

Over the last few years, most landlords seem to be making the process more complicated. While there are many laws regarding renting in Egypt, landlords still have a right to set their own pricing and rules, which are extremely unfair to renters, especially Egyptians!

It’s safe to say that most decent apartments – especially furnished ones – are only available for foreigners. Even if you’re an Egyptian with a foreign passport, which makes the rule both confusing and hypocritical.

According to landlords, it’s safer to rent to foreigners because they take better care of the property, have shorter contracts, and cause fewer problems.

According to brokers, however, the rule is set so Egyptians would not break the contract and take over the property.

Regardless of the reasoning, this rule is making it impossible for young Egyptians to start a decent and comfortable life independently. Yes, landlords should have a saying on who they rent their property to, but this rule is nothing but pure discrimination against your own people.

Most landlords seeking foreign tenants set prices which are unrealistic, though property rental in Cairo remains extremely cheap for anyone who earns their living in euros or dollars. So for foreigners who are unaware of the real estate market, rents are still good even when the prices are higher than they should be.

Now anyone with little to no knowledge of economics would still understand how something like that can potentially kill the market.

Realistically, most apartments in older neighborhoods used to belong to some dead grandma. The family will put the apartment for rent after their death, with the same furniture.

This leaves really good spaces unlivable because you’ll be stuck with old and outdated furniture. Not just that, but the rent will be higher since it’s “furnished”.

You’d think it’s a better option to rent an empty apartment, right? Well, the joke’s on you!

Most Empty Apartments are up for Rent…As Offices

Businesses want their offices to be well located in the heart of town. Landlords would love to have business, especially small ones, in their property. Why? Because they pay higher rents, and don’t depreciate the space as much which makes it still livable when they leave.

However, Brokers Remain the Biggest Problem

Ever thought where landlords get their brilliant ideas to screw over renters? It’s from brokers. Brokers love foreigners, since the poor guys don’t know better, and won’t argue with the commissions they give.

Brokers also love poor apartments, since after viewing a bunch of those, a mediocre place will feel like a piece of heaven.

Additionally, when they take you through a bunch of places and take days to find you the mediocre apartment, which they were planning to show you since the start, it will seem like they did a better job. A better job means a bigger commission. Not just that, but the landlord with horrible apartments will be paying them, even more, once their places are rented.

How Can We Fix the Situation?

In a perfect world, we can say boycott landlords and brokers with the extreme rules to put an end to the situation. Realistically, however, it’s not doable. At the end of the day, people need a place to live and would take whatever they can find.

With that said, for those who can stand up against this, by all means, should. It’s an issue worth addressing even if you’re not planning on renting anytime soon.