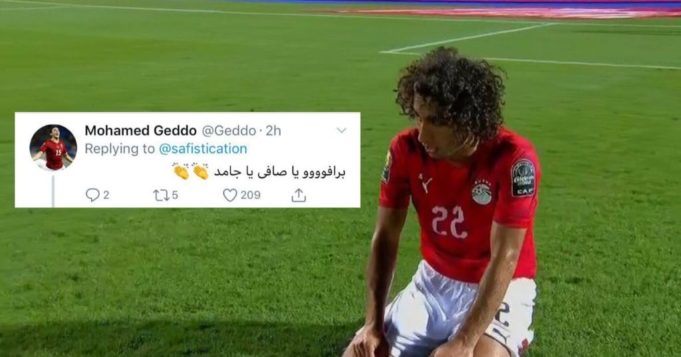 There’s no doubt we all feel bummed about the National Team’s shock elimination from AFCON. The entire fiasco requires a lot of questioning and analyzing. But, in the aftermath, we got to give credit where credit is due.

Unless you’ve attended the game, there’s a big chance you didn’t hear about this incident that took place right in the heart of Cairo International Stadium last night.

So, let us enlighten you.

As customary, right before any match kicks off, the stadium’s announcer introduces the players in order for the crowd to cheer each player on.

Mohamed Safi, the voice best known from Nile FM and one of Cairo’s hottest Djs, was also the announcer of yesterday’s match. And he decided to shake things up a bit.

When it was time to present Amr Warda, Safi decided to change his tone and manner completely. We would like to believe that he was making a statement! And honestly, We’re impressed.

We found the guy on Twitter and we thought we’d give him a shout out. But apparently, we’re not the only ones backing up this small yet courageous act.

Here’s what Geddo-yes the once legendary football player- had to say to him:

It doesn’t end here; many others went on praising the presenter and we just had to document it.

Safi also took a moment to comment on the incident. 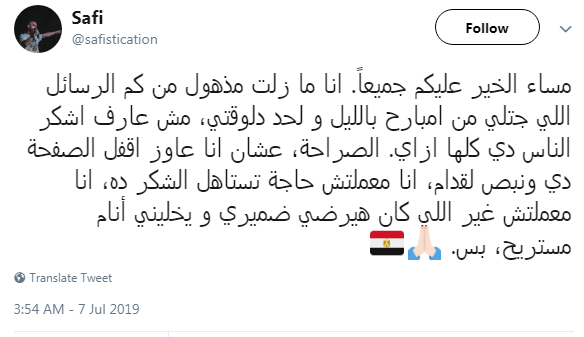 Finally, some faith in humanity is restored.