Egypt’s favorite rock band Cairokee has announced their highly anticipated album is due on the 11th of July of this year. The band teased fans with a countdown to what was then an unknown surprise. They eventually announced the album release date on the 19th of May along with releasing a music video of the first song of the album titled ‘A Drop of White’. While die hard Cairokee fans were caught in a frenzy due to the overwhelming good news, they might have missed out on how the band is trying to approach this new album. The band’s statement through their social media platforms says the following: “‘A Drop of White’ – A Visual Album – 11/7/2017”. But what is a visual album?

A visual album is a collection of music videos featuring at least more than one song. While it seems like visual albums are a new idea here in Egypt, it’s a relatively new concept in mainstream America as well. Although not the same as musical films, visual albums don’t fall far from the tree. In the early 60’s emerged some of the most iconic musical films such as The Beatles’ ‘A Hard Day’s Night’ which was a huge commercial and critical success and would set the stage for further more musical films to come. In the 70’s, English rock band The Who’s album ‘Tommy’ would be adapted into a critically acclaimed musical film. In the 80’s, people would see the adaptation of momentous albums like Pink Floyd’s ‘The Wall’ and Prince’s ‘Purple Rain’ into musical films as well. However, the trend would later die down and music videos would have great and long run especially with the rise of media outlets such as MTV.

But in recent years we have seen the rise of a new form of creativity that had been lost in the 80’s, one that would encourage new heights of artistic expression. Visual albums connected the film making world with the remarkable narrative of musical albums. It combined the best of both worlds.

Some of the most influential artists of our time have jumped on the wave of visual albums. Artists from all genres have had their share of the rising phenomenon including Frank Ocean, Florence and The Machine, Tove Lo, and Animal Collective. Some of the most notable visual albums include Kannye West’s ‘Runaway’ in 2010, which corresponded with his music album ‘My Beautiful Dark Twisted Fantasy’. But who better to deliver this emerging concept to pop culture than Queen B? Beyoncé has dedicated not one but two visual albums in 2014 and 2016, respectively. The first was her self-titled album which sold over 5 million copies. The other was her most recent album ‘Lemonade’ which needless to say was an outstanding success as well as being aired in its entirety on premium cable and television network HBO. 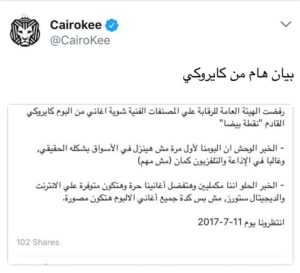