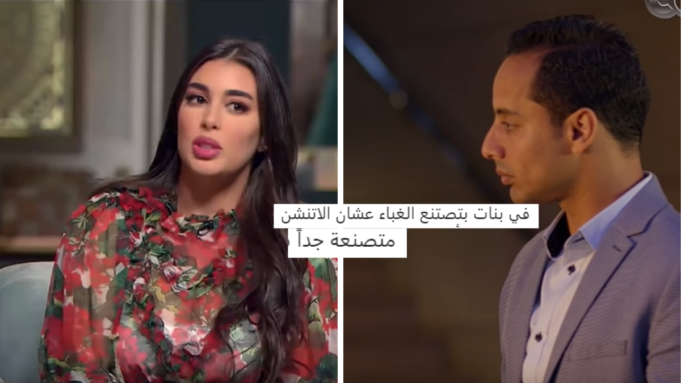 For women, nothing is harder than having to live with a society that makes everything worse by placing some archaic expectations on you, isn’t it?

One good thing that’s been happening recently, though, is that we’re all breaking these stereotypes and kicking them all the way to 1840 where they belong. Hold on, small correction: mostly everyone is.

See, there are still those girls who are very much into embracing these stereotypes no matter how offensive they are — from the “nekadeya” to the funnily dumb bimbo and everything in between.

And it’s not just regular people who take part in this. Celebrities, like Yasmine Sabri, who can influence a ton of young girls, are participants too!

Before we get into anything else, we should begin by mentioning that the “bimbo stereotype” only began because, well, people were rather insecure about smart, opinionated women and saw those who weren’t as softer and easier manage.

So, this gets us to today, where a lot of women and girls play the dumb act so they can be seen as cute and giggly and everything society wants a girl to be.

Of course, this stereotype can never apply to everyone because we as people have evolved and, you know, discovered self-worth and self-expression and started fully embracing ourselves.

The problem here, though, is that some of us think that just because this “dumb-ifying” is okay because it’s a joke or an act.

We don’t know that it actually regresses some of our progress and gives the more impressionable crowd a bad image to follow.

Take Yasmine Sabri as an example, she’s kind of an actress and is a person of general influence. We’re not trying to assume anything but on her latest Sahebat El-Sa’ada stint, it felt like Sabri overdid it with cutesy “I-don’t-know-how-words-work” act in an effort to seem endearing.

Guess what? Instead of that, she came off as, well, annoying and her “dumbing it up” was quickly seen through by a number of people, who were confused as to why Yasmine Sabri couldn’t just be herself.

Now, this isn’t to say that some people don’t get confused or have their less-than-stellar intelligence moments or anything. No one’s going to judge anyone if it’s just that.

Deleting your own depth and pretending to be someone else just to fit in like you’re in a bad high school movie, though, is something we can all judge. Especially if you’re a fully-fledged adult and not a teenager, who still doesn’t know where they stand.

What we need here is for people to realize that it’s really not worth it pulling an act they can’t handle, especially if it’s a negative act, because they’re only harming themselves and others who look to them.

We also need people to understand that most of their acts are very transparent, especially when they’re not good actors in the first place.

Here’s an old but solid piece of advice: be yourself.