Identity Magazine
Home Trending This is Why You Should Care About This Woman’s Attack at The...
Facebook
Twitter
Google+

Although life is not easy for women in, not just Egypt, but the world in general, small measures do make an impact on the long run. This is exactly what Nancy Magdy did after getting attacked at the metro station on August 29th. She made her voice heard and now we all have to listen.

Nancy Magdy is a regular woman from Egypt who had a strange, yet sadly common, incident at the women’s cabin in the metro station.

Magdy had been attacked under the eyes of everyone in the metro car and it hadn’t stopped at that. After the metro doors closed and the train started moving again, the other women told her the worst thing you can tell a victim of an attack.

They told her she deserved it because she had tattoos and was “uncovered”, representing a dark sentiment that still exists in our society.

The one positive thing out of this attack, though, is that it helped others come forward and tell their stories again. Some of their cases had even turned out to be quite similar to Magdy’s.

The Rise of Odd Incidents in the Subway

Naturally, this isn’t the only case of its kind to happen in the metro.

We’ve all heard of the many incidents that take place where the crowds are so thick you can’t see your own fingers among them. 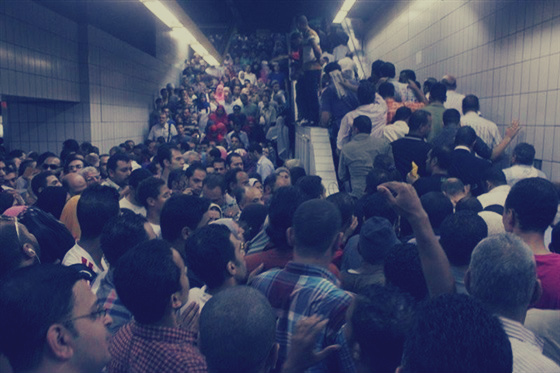 In this setting, we’ve heard of many crimes of harassment and sexual violence and robbery and the victims have never been quiet.

Most of them have spoken out about these incidents, whether to news stations or on social media.

This is not enough, though. There have always been solutions on improving the conditions of the metro to ensure the safety of the people, but not everything works.

We need better solutions and to reach them, we’ll all need to band together and think. What do we want to improve and how?