This was during the second day of the Pope’s historic visit to the United Arab Emirates (UAE). Becoming the first Catholic pope to set foot on the Arabian peninsula, after visiting other Islamic countries like Egypt.

This document states that religious leaders of Islam and Christianity should work together on establishing world peace and lend a hand to stop wars in the Middle East.

In his speech, Pope Francis clearly requested as a “believer in peace” the end of the wars in Yemen, Syria, Iraq and Libya. This was said in the presence of the UAE Vice President, Prime Minister, and Ruler of Dubai knowing that the UAE military is engaged in the war in Yemen. 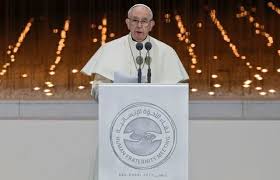 Sheikh Al Tayeb, who called the Pope “My dear brother”, addressed all Christians in the Middle East by stressing “You are part of this nation… You are not minorities.”

Al Azhar’s Grand Imam also urged Muslims living in western nations to respect the rules of the countries where they reside. Especially since the western media exploits terrorist attacks, namely 9/11, done by “a handful of Muslims” to depict Islam as a bloodthirsty religion. 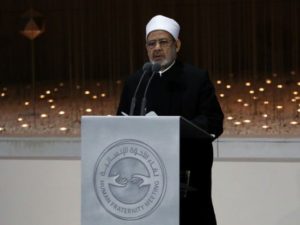 Both religious heads are actually renowned for their efforts to set world peace. This was clearly evident in signing the petition that says: “We resolutely declare that religions must never incite war, hateful attitudes, hostility and extremism. Nor must they incite violence or the shedding of blood.” 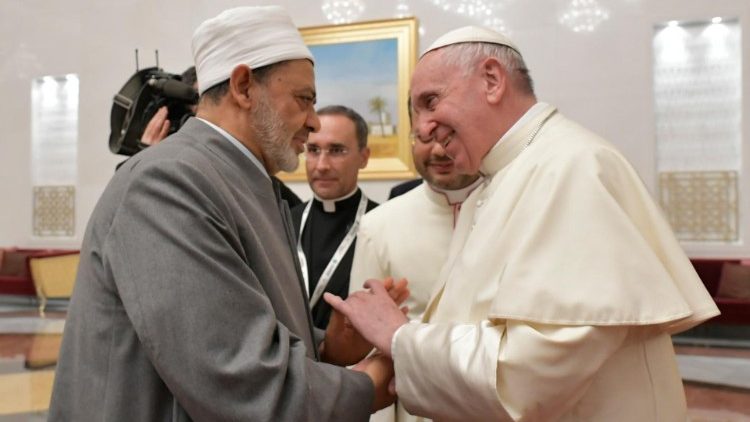 We truly hope that this step is not to be the last of its kind. For as Pope Francis said, “Religious freedom is not limited to freedom of worship, but to others as brothers in humanity.”