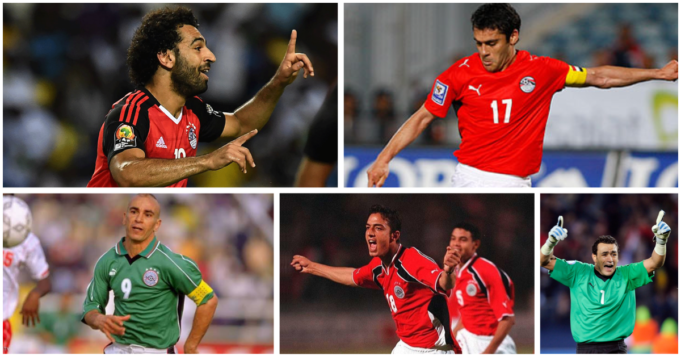 Since we’re only a couple of days away from the official start of the Africa Cup of Nations (AFCON), we thought why not take you on a trip down memory lane? Especially since Egypt is the host for the fifth time!

Get your excitement mode on and watch the best Egyptian moments in the AFCON over the years!

And may we first remind you that WE WON THE CONTINENTAL TITLE 7 TIMES, AND WE’RE GOING FOR THE 8TH!

Let’s take it over two decades back! When Ahmed Hassan and Hossam Hassan were the golden boys of the era; that’s in addition to the rest of the outstanding team of course. How strong and tight were we back then? That win was quite a moment!

2006 was hands down the greatest! And the penalty shootouts made all of our hearts drop at the same time; holding on to the last strings of hope until the referee whistled. And we can’t just NOT talk about the golden moment when our very own El-Hadary blocked THE Drogba! What would we have done without that man?

Literally nobody will ever forget the outstanding team effort in the Cameroon match! The goal that was beautifully created by Mohamed Zidan and finished by Abo Treika was a great joy to every Egyptian’s eye in 2008!

Remember when Mohamed Geddo was literally our shinning star? The 2010 edition was all about him! And when we reached the final, we secured our 7th title through his match winning goal in the 84th minute. That’s in addition to the legendary El-Hadary’s saves!

This one is the most recent memory. Yes, we lost the competition and didn’t win the 8th title like we were all hoping. However, this specific match is quite unforgettable, because of the nerve-wracking penalties that qualified us to the final of the 2017 edition.
And most of all, we’ll never forget how the boys fought and stood still until the very end!

Now that we’ve refreshed your minds and filled them with joy and excitement, it’s time to cheer on and hope for the best this time around. We really want to see more of those outstanding performances!