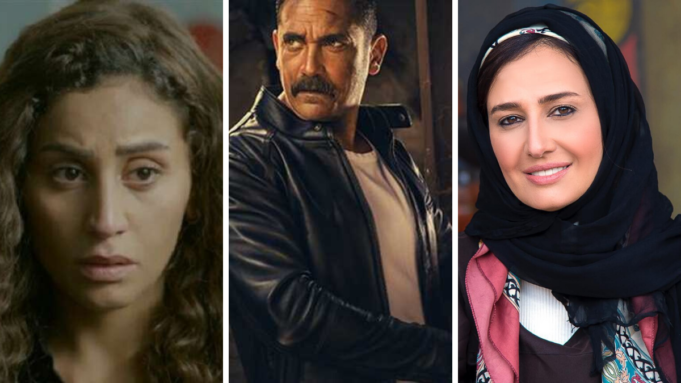 Ramadan is right around the corner so you know what that means, right? Along with all religious and spiritual elements, we’ll also have a healthy helping of new-yet-suspiciously-the-same Egyptian Ramadan mosalsalat.

Here’s the thing, though. We’ve all noticed that our Ramadan TV shows tend to be more or less the same plot, but if anything, we still had the novelty element of having new characters to look forward to.

Maybe the word should be ‘had’, though. See, we’ve all noticed that our characters have been a tad repetitive as of late. It’s almost like they’ve become tropes, in a way. You’ll see what we mean.

Once upon a time, male leads in TV shows used to have this thing called an actual character development. They used to have flaws and imperfections as well as good traits — generally well-rounded people, yeah?

Well, that all changed with the emergence of the Insanely Perfect Man who you will find in 97% of Ramadan TV shows because, well, who else will lead? Oh, and good luck finding flaws in this character.

In every James Bond movie, you’ll notice the presence of a one-note female character, the Bond Girl, that usually plays a love interest to the titular James Bond.

In Egypt, we’re apparently trying for the same thing because Mohamed Ramadan is on a roll when it comes to hiring a number of female co-stars who serve nothing on the show except overwhelmingly fall in love with him.

Woman on a Mission

Don’t get us wrong, we love a good female lead but isn’t it odd that all strong female leads on all Ramadan shows are basically the same woman, the high-society lady who uncovers crimes in her spare time and usually has a missing family member or two?

Granted, shows starring a lead with this quality never get a following (unless it’s combined with the Insanely Perfect Man). However, they’re way too common for a show that doesn’t get ratings.

The Unfunniest “Funny” Man on the Planet

Sadly, characters with this archetype are mostly found in comedy shows, which tells you a thing or two about our entertainment scene. Usually, the problem is that this character tries way too hard to the point that everyone else in a ten-mile radius is funny and he just stinks.

Any other cliches we missed?