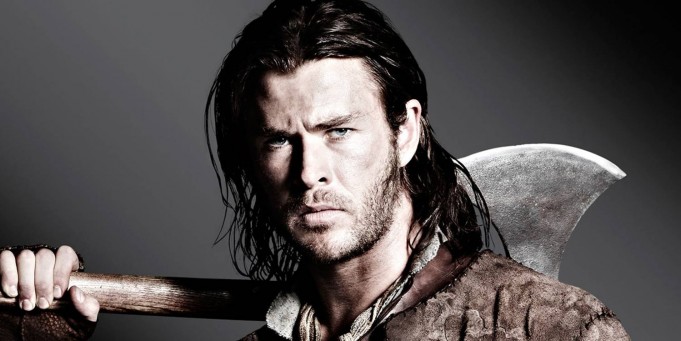 Available in all cinemas in Egypt from 20th of april

How long has the idea of building the Huntsman’s backstory been there?

I remember talking to producer Joe Roth on the set of the first film, about the Huntsman’s backstory and where he was from, this army of Huntsman that he was from, and the wife that he’d lost. We thought it was an interesting story that would work as a sort of spin off. That was a while ago – three or four years or something. So it’s been planted in our minds for a while and it became a reality after the first film did really well. There was an audience there. 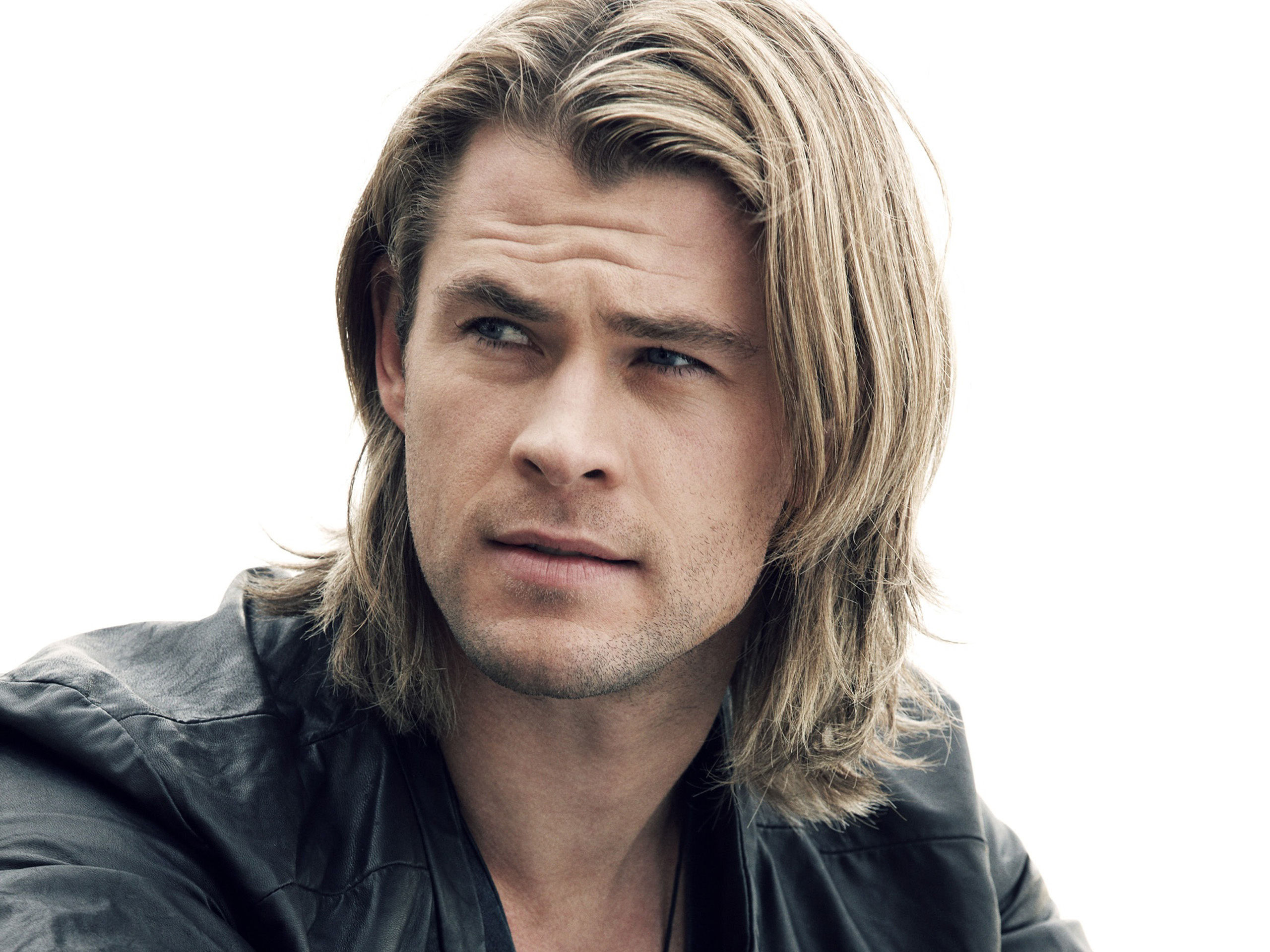 What is that story?

It’s kind of a prequel, and it’s an origin story for this character and for Charlize Theron’s character Ravenna. You get to see who the Huntsmen were, and Ravenna’s sister Freya, played by Emily Blunt, is the ice queen. She basically steals children from their families and raises an army, with the one rule: do not love. She’s trying to save them from the pain of what she believes love can bring. Love is forbidden in the Kingdom. But once the war kicks off between the world we’re within, with evil queens and the Huntsmen, then love looks like it’s going to be the secret ingredient to conquer all. It was a pretty epic fun quest, and a true adventure story. We have the dwarves in there again, too, and a different mix of their characters, so there’s a whole lot of humour and fun as well. 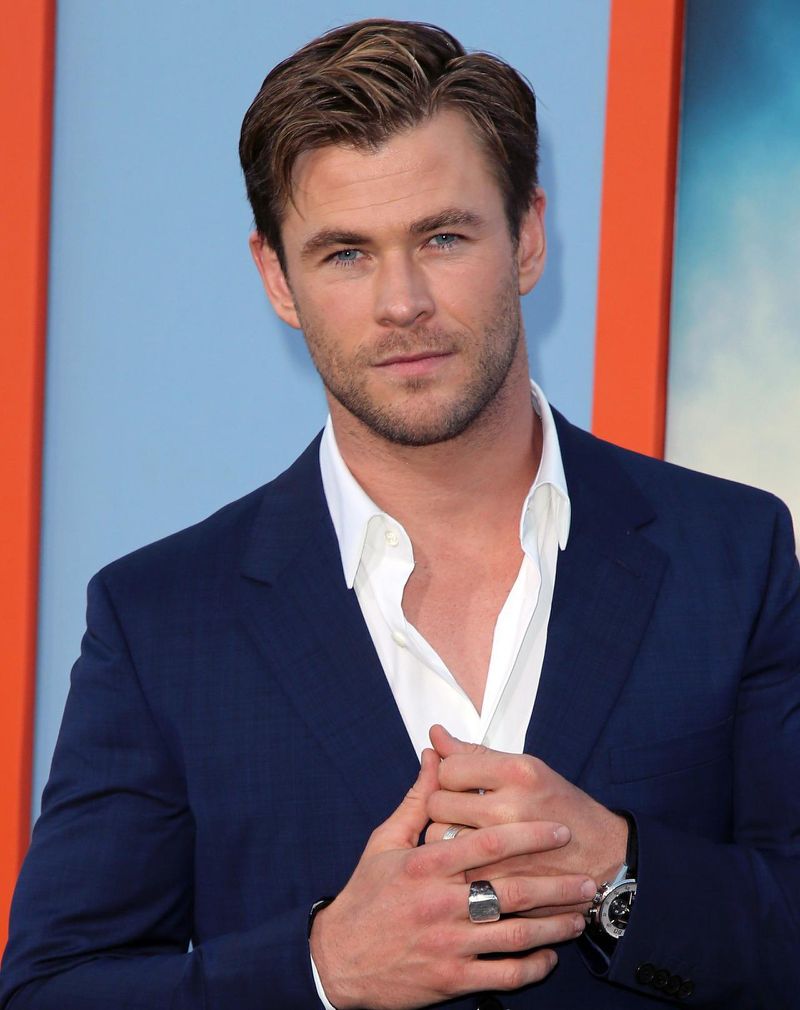 You can imagine the story and where it’s going to go, but how real does it start to feel when you begin to add names like Emily Blunt and Jessica Chastain to the mix?

You always start with a sense of apprehension or anxiety – or I do, anyway – about, “How do we get this right? Is this the right move?” And when they turned up and said they wanted to be involved, it quickly put any doubt to rest. It was great because then, in all the script meetings, it wasn’t just my input or the director’s, we had these incredibly talented women to throw all sorts of detail and nuance at it. It took off from there.

It means that, in addition to Charlize Theron, Sheridan Smith and Alexandra Roach, this film has a larger female cast than most big blockbusters.

It’s great; it’s a step in the right direction, and there should be more of that. I had such a good time doing it and I’d love to do it again. And only two of them are my enemies in the film. [laughs] Well, one of them isn’t really an enemy. Freya is kind of the only mother figure that he knows of, and it’s a very twisted relationship, but what we wanted to have was that there was some kind of loyalty there. As abusive and horrible as it was, she was the only nurturing presence in his life. I think by the end of the movie there’s a turn in that character of Freya where you in some way empathise with not necessarily what she’s done, but why she feels that way. And maybe more so with Jessica’s character, there’s some more of a shadow of a connection there.

You have a lot of fun sparring verbally – and sometimes physically – with Jessica’s character, Sara. How enjoyable were those scenes for you?

It was appealing to go back and explore that origin story, but it had to work so that you wanted to fight for that relationship for the rest of the film. It was great having Jessica delve into that with me and work out what’s believable, how do we solidify this, and what do we need to see early to sell it later on?

Cedric Nicolas-Troyan is known for his visual effects work. Was there much work against green screen?

They built most of the sets for this. With better technology, they’re able to just draw in the goblins or whatever afterwards. We were in the forest, in the castle, in all these places, so it wasn’t that difficult. The first THOR film was difficult because the technology wasn’t as good and it was predominantly green screens, but now we’re pretty lucky to get to walk into these places.

Does it heighten the experience of playing the character, having actually now gone into the backstory that was only softly referenced in the first film?

Yeah, it was really enjoyable, and it was the reason we wanted to do it. The scene in the first film where the Huntsman’s talking to Snow White about his wife and who he was, that was when we started thinking about looking at it in further detail. And then to be very specific on the love story; that was missed a little in the first one and it wasn’t specific, whereas in this one it was like, if the message is love conquers all, then who does he have that love for? Who does that exist between? We got to build that love from day one, where you see them connect as kids and fight this desire for one another because it’s forbidden, and then just think, “Forget it, we’re going to throw it all to the wind and go for it.” It goes quite tragic.

You were an outdoor kid growing up; are you at home as the Huntsman?

Yeah, I remember the director of the first film, Rupert Sanders, saying, “Yeah, we should go camping and have you experience the outdoors.” I said, “That was my childhood; we don’t need to do that.” [laughs] We skipped that part of the research. It blends into the character, I guess, in some ways.

Do you have much else in common with your character, Eric?

I think with any character you can’t help but have some of your own personality bleed through and that’s kind of the goal, anyway; you want to put yourself in that position regardless of the moral questions you may agree or disagree with. What we tried to have here was more of a sense of humour and an ironic view on life and his predicament. It got very heavy in the first film, and I wanted him to have more fun. If there was still going to be a darker tone with some of the other characters, I wanted him still to be the light amongst that darkness, and have a sense of humour with the chaos that was ensuing around him